Demi Lovato, who is in the midst of a musical comeback, is still working on her anticipated new album...so just be patient.

The 27-year-old pop star gave fans an update on the progress of the still-untitled record, the follow up to 2017's Tell Me You Love Me, in an interview with Apple Music's Hanuman Welch. Her comments aired after she released a new single, "I Love Me."

"We haven't gotten into the track listings yet. And I'm still, I'm actually finishing up some of the album," Lovato said. "It was gonna be done a lot earlier than I thought. And then, um, after my performances [at the 2020 Grammys and 2020 Super Bowl), you know, we kinda went back to the drawing board and thought, 'What is this album missing? What, uh, are we, am I really putting out the best work that I possibly can?' So I'm just taking a little bit more time with it."

Lovato debuted the first new song from the album, "Anyone," onstage at the Grammys in January, which marked her first public performance and big musical comeback since her near-fatal drug overdose in July 2018.

A source told E! News in January that Lovato's new album "is going to be the most vulnerable album she has put out." They said the singer hopes to release the record by summer or fall 2020 at the latest.

"She had a very trying year and has a lot she wants to share with her fans through her music," the insider continued. "Demi will be expressing her struggles through sobriety, rehab and will address the overdose in her own creative way. Writing the music has been very therapeutic for Demi and has helped her a lot in her sobriety. She is excited to share her story with her fans and wants to be able to go on tour and reconnect."

The song "I Love Me," also featured on the new album, was released on Thursday night, as was an accompanying music video. The clip references Lovato's overdose and other key moments in her life.

"This track is all about loving yourself. You know? It's obviously...it's called 'I Love Me.' So it's not hard to figure that one out, but it is," Lovato said in the Apple Music interview. "It's an anthem, and...it talks about how hard we are on ourselves and this, the negative self-talk. You know, how easily we can listen to that. But when is loving yourself gonna be enough?"

"I do little things like self-care, that are really, that seem really simple but add up over time," she continued. "You know, things like meditation or even just taking like Epsom salt baths. You know, like aromatherapy, listening to music and crying, like getting your emotions out. Whatever it is, just like loving yourself, getting massages. Taking, you know, doing things for you that you might value as minor or unimportant. But at the end of the day, when you do little unimportant things for yourself, you're showing yourself that you matter to you." 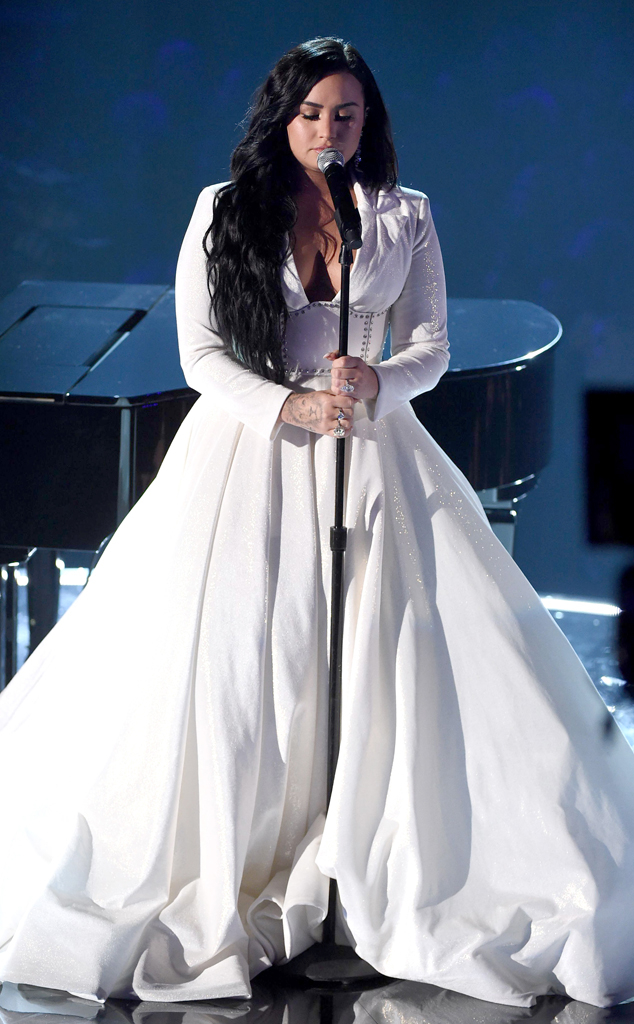 Speaking on the Ellen DeGeneres Show on Thursday, Lovato said, "That's why the song I have coming out is called 'I Love Me'—we are good by ourselves. We don't need a partner, we don't need, like, substance. We're good."