Inside Kobe Bryant and Daughter Gianna's Celebration of Life

Family, friends and fans are gathering at the Staples Center today to honor Kobe Bryant and daughter Gianna "Gigi" Bryant.

It's been just under a month since the Los Angeles Lakers legend and his 13-year-old daughter lost their lives in a helicopter crash in Calabasas, Calif. Kobe and Gianna were two of nine people who passed away in the tragic crash on Jan. 26. Today, Feb. 24, a celebration of life is being held for Kobe and Gianna in downtown Los Angeles, at the place where Kobe built his legacy.

As previously announced, proceeds from ticket sales to the public memorial will benefit the Mamba and Mambacita Sports Foundation, which honors the legacy of both Kobe and Gianna. The foundation was originally named the Mamba Sports Foundation, but Kobe's wife, Vanessa Bryant, recently announced a name change because, "There is no #24 without #2."

Gianna, who wore the #2, was an avid basketball player, who had dreams of carrying on her dad's legacy in the game. She was a member of the Mamba Academy basketball team, while Kobe was the coach of her team.

"Because there is no #24 without #2, we have updated the Mamba Sports Foundation to now be called the Mamba & Mambacita Sports Foundation," Vanessa told her followers in mid-February. "Our mission remains the same—and stronger than ever—to provide opportunities to young people through sports. Thank you all for the outpouring of support and your kind donations to date as we carry forth Kobe and Gigi's legacy.. We hope to empower young athletes in a world they left us all to help shape." 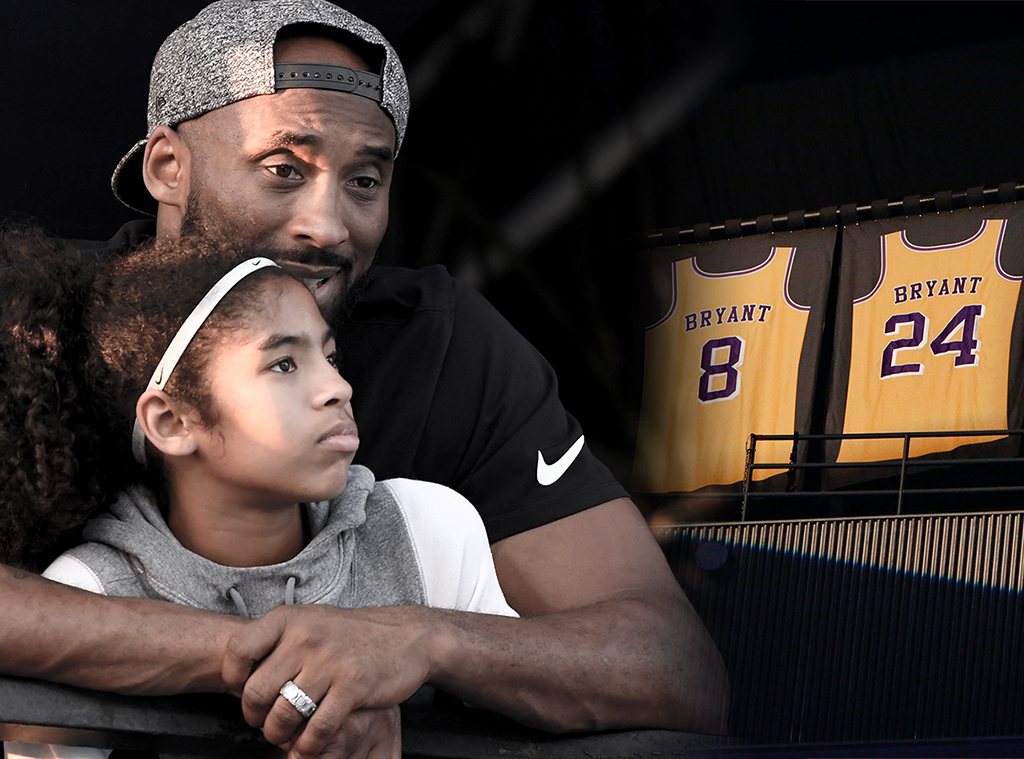 Following the tragic deaths of her husband and daughter, Vanessa, who also shares daughters Natalia, Bianka and Capri with Kobe, thanked everyone for their support in a heartbreaking message on Instagram.

"My girls and I want to thank the millions of people who've shown support and love during this horrific time," Vanessa wrote to her Instagram followers. "Thank you for all the prayers. We definitely need them."

Today, fans are celebrating the legacies of Kobe and Gigi at the public memorial. Let's take a look at everything that's happening at celebration of life. 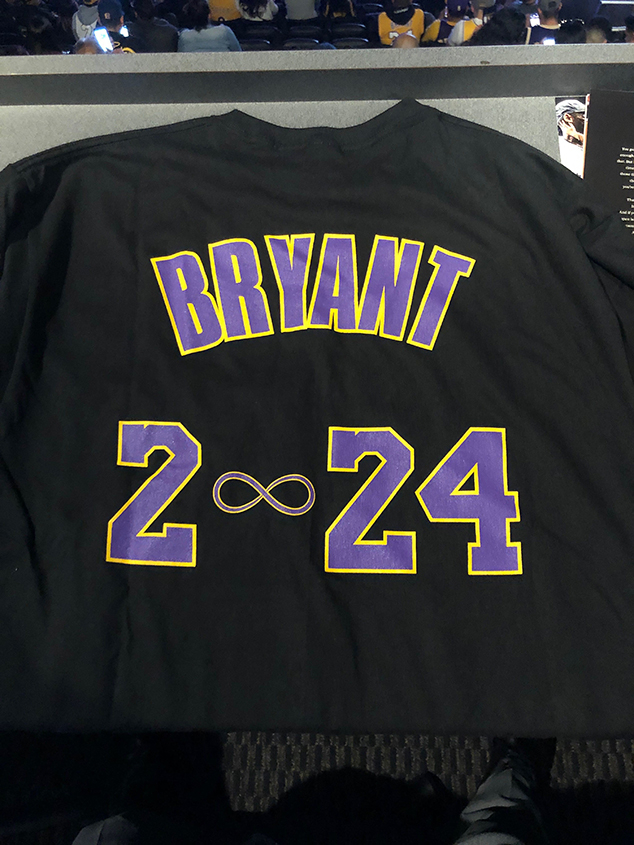 10 a.m. PT: Attendees are starting to arrive inside the Staples Center. Snoop Dogg and Magic Johnson are spotted at the venue as well as Joe Bryant and Derek Fisher. As attendees enter the Staples Center, they have been receiving a book filled with pictures of Kobe and Gianna and the Bryant family.

The closing of the memorial program is a message from Kobe to his daughters.

"Lastly to our daughters … You guys know that if you do the work, you work hard enough, dreams come true. You know that, we all know that. But hopefully what you get from tonight is that those times when you get up early and you work hard; those times when you stay up late and you work hard; those times when don't feel like working – you're too tired, you don't want to push yourself – but you do it anyway," the message reads. "That is actually the dream. That's the dream. It's not the destination, it's the journey. And if you guys can understand that, what you'll see happen is that you won't accomplish your dreams, your dreams won't come true, something greater will. And if you guys can understand that, then I'm doing my job as a father."

10:28 a.m. PT: The audience applauds as Vanessa and her daughters enter Staples Center. Beyoncé then takes the stage to perform "XO," which she tells the crowd was one of Kobe's favorite songs. After starting, the superstar stopped and asked the crowd to sing along with her. For her second song, Beyoncé performed "Halo."

10:40 a.m. PT: Jimmy Kimmel takes the stage to honor the lives of Kobe and Gianna, holding back tears as he remembered the father-daughter duo. He then introduced Vanessa Bryant, who received a standing ovation as she took the stage to pay tribute to her daughter and husband. "First I'd like to thank everyone for coming today," Vanessa told the crowd. "The outpouring of love and support that my family has felt from around the world has been so uplifting. Thank you so much for all your prayers."

11:25 a.m. PT: UConn women's basketball coach Geno Auriemma takes the stage to talk about Kobe and Gianna, who wanted to one day attend UConn to play basketball for one of the top college teams. In his speech, Auriemma recalled Kobe asking him for advice because he was the coach of daughter Gigi's Mamba Academy basketball team.

12:03 p.m. PT: After her performance, the star walks down the steps to greet Beyoncé, Jay-Z and Vanessa. She crouches down to hug and talk to them.

12:10 p.m. PT: Next to deliver a speech is Michael Jordan, who had everyone laughing and crying when he joked, "Now I'm going to have to look at another crying meme. I told my wife I wouldn't do this because I didn't wanna see that for the next three or four years, but that's what Kobe does to you."

12:15 p.m. PT: Jimmy Kimmel then introduces Shaqille O'Neall. "I'll be sure to teach your girls all your rules and I promise I will not teach them my free throw techniques but for now, I take comfort in the fact that as we speak Kobe and Gigi are holding hands walking to the nearest basketball court Kobe, I love you, my man, until we meet again," the basketball player tells the audience. "Rest in peace."

To honor Kobe and Gianna's legacy, the Mamba and Mambacita Foundation provides opportunities to young people through sports.  For more information or to donate, please click here.