Kate Middleton Opens Up About Motherhood in Podcast Interview: 10 Things We Learned 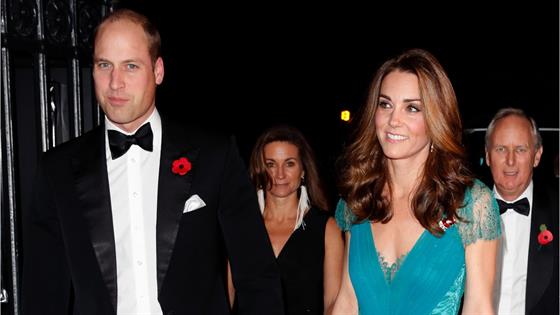 The 38-year-old Duchess of Cambridge, mother of Prince George, 6, Princess Charlotte, 4, and Prince Louis, 1 and 1/2, opened up about being a mother, her parenting style, her difficult pregnancies and her own childhood in a rare solo interview for Giovanna Fletcher's Happy Mum, Happy Baby podcast, released on Saturday.

"I have found a new enjoyment out of life," she said about motherhood.

Here are 10 things we learned:

1. The Mom Guilt Is Real: When asked if she struggles with mom guilt, Kate said, "Yes, absolutely. I think anyone who doesn't...is actually lying. Yeah, all the time."

Questioning your own decisions and your own judgments, she said, "starts from the moment you have a baby."

"But also, you know, I feel a huge responsibility because the amount of what I've learned over the last few years, it's so fascinating and I definitely would have done things differently, even during my pregnancy, that I wouldn't have done now, knowing the importance of the early years," she said. "The emotional well-being of the mother directly impacts the baby that you're growing...I was a lot more aware of it the third time around than I was the first time around."

Being a mother, Kate said, means knowing to "compromise."

2. She Wants to Appreciate the "Simple Things": "I think the things that really resonate with me most is the simple things and I see that even now with my own children, is actually, life now is so busy, so distracting, and actually sometimes the simple things like watching a fire on a really rainy day provides such enjoyment," Kate said. "I remember that from my childhood—doing the simple things, going for walks together—and that's really what I try to do with my children as well, because it totally strips away all the complications, all the pressures as a parent. And I think these experiences as well mean so much to children and the world that they're in, which is a real adventure, really, for them."

Kate also said, "I think as parents, we have to try and remember through the complications of our children growing up, that ultimately it's the really simple things that really do matter and if nothing else, that's what I really try and remind myself on daily basis." 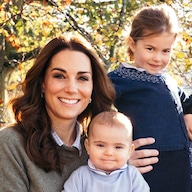 3. Quality Moments: "Spending quality time with your children [is] not really whether you've done every single drop-off and every single pick-up, but actually it's those quality moments that you spend with your child, where you're actually properly listening to them, properly understanding what they feel," Kate said. "And actually, if things are going wrong, then actually taking time to think, how, as a mother, am I feeling? Am I actually making the situation worse for my child? Because actually, this is bringing up all sorts of things that I feel, rather than actually just focusing on them and how they might be reacting or responding to certain situations."

Kate shared on her Instagram page a photo of her daughter smelling a flower.

"I've got this one photo of Charlotte smelling a bluebell, and really for me it's moments like that mean so much to me as a parent," she said. "I try every day to put moments like that in, even if they're small or even if I don't have time."

“I’ve got this one photo of Charlotte smelling a bluebell, and really for me it’s moments like that mean so much to me as a parent. • I try every day to put moments like that in, even if they’re small or even if I don’t have time”. • Swipe 👉 to listen to The Duchess of Cambridge speaking about her experiences as a parent on the ‘Happy Mum, Happy Baby’ podcast with @MrsGiFletcher. On the special podcast, The Duchess spoke about the importance of the early years, and about her landmark ‘5 Big Questions on the Under 5s’ survey. It takes just 5 minutes to have your say in the biggest ever conversation on early childhood — visit the link in our bio to answer The Duchess’s #5BigQuestions. Photo © The Duchess of Cambridge

4. What She Wants Her Kids to Remember From Their Childhoods: "If you really think about that, is it that I'm sitting down trying to do the maths and studying homework over the weekend? Or it is [having] bonfires, sitting around trying to cook sausages that hasn't worked because it's too wet? That's what I would want them to remember, those moments with me as a mother but also as a family, going to the beach," she said. "Those are what I'd want them to remember, not the stressful household, when you're trying to do everything and not really succeeding at one thing."

5. A Breath of Fresh Air: In the interview, Kate emphasized the importance of having kids spend time outdoors.

"[As] children, we spend an awful lot of time outside and it's something I'm really passionate about," Kate said. "I think it's so great for physical wellbeing and also mental wellbeing and actually really laying those foundations. But it's such a great environment to actually spend time building those quality relationships without the distractions of, 'I've got to cook' and 'I've got to do this' and actually, it's so simple."

Kate said she is happy when "I'm with my family outside in the countryside and we're all filthy, dirty!" 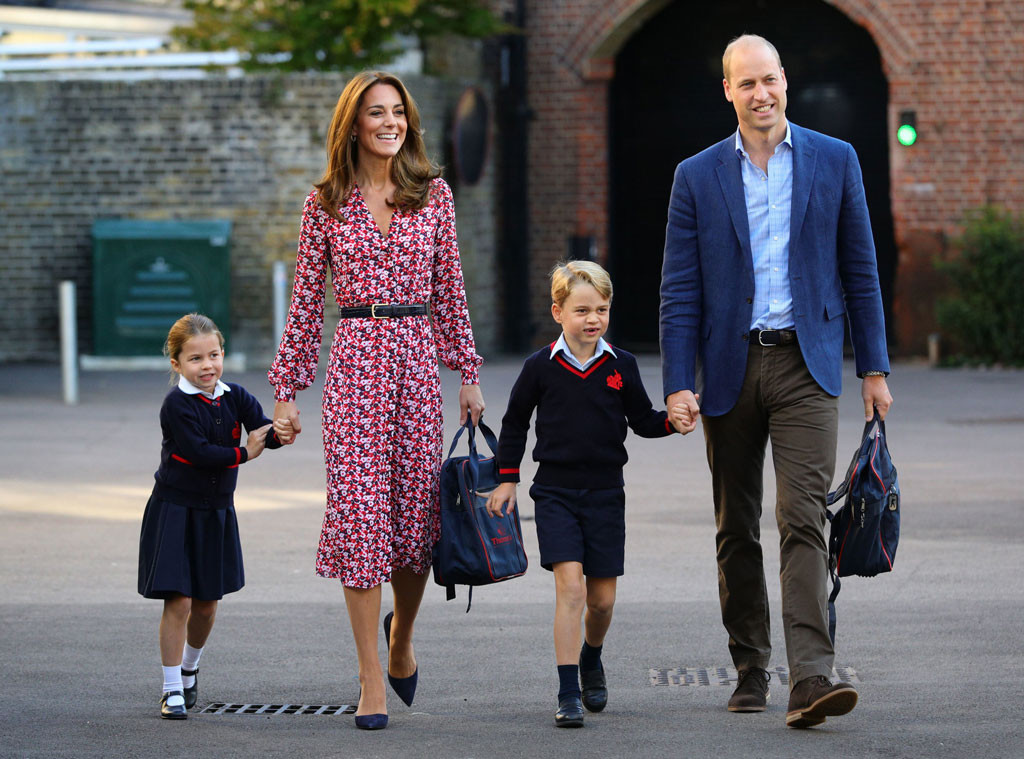 6. Prince George's Sex Was a Surprise: Kate and William welcomed their first child, Prince George, in July 2013. The U.K. was very excited about the birth of the "royal baby," the fourth in line to the throne.

"Everyone had been so supportive," the duchess said. "This was something everyone was excited about and we were hugely grateful for the support that the public has shown us and actually for us to be able to share that joy and appreciation with the public, I felt, was really important and equally, it was coupled with a newborn baby and sort of inexperience of parents and the uncertainty of what that held. So there was all sorts of mixed emotions."

Kate and William have never announced the sex of their babies before they were born, drawing speculation that they perhaps knew them but did not want to reveal them publicly. On the podcast, Kate says that George's sex was even a surprise to her.

8. The Power of Hypnobirthing: Kate explored hypnobirthing, which focuses on natural childbirth and self-hypnosis techniques during labor, with her pregnancies.

"I'm not going to say that William was standing there, sort of, chanting sweet nothings at me," she said. "He definitely wasn't. I didn't even ask him about it, but it was just something I wanted to do for myself."

"I saw the power of it really, the meditation and the deep breathing and things like that, that they teach you in hypnobirthing, when I was really sick, and actually I realized that this was something I could take control of, I suppose, during labor," she said. "It was hugely powerful."

Kate suffered from Hyperemesis Gravidarum, characterized by extreme nausea and/or vomiting, with all her pregnancies.

"I got very bad morning sickness, so I'm not the happiest of pregnant people," she said. "It was definitely a challenge, not just for me but also for your loved ones around you... [it]impacts everybody in the family. William didn't feel he could do much to help and it's hard for everyone to see you suffering from that."

"[It was] utterly rotten," she said. "I was really sick. I wasn't eating the things I should be eating, but yet the body was still able to take all the goodness from my body and use it to grow new life, which I think is fascinating." 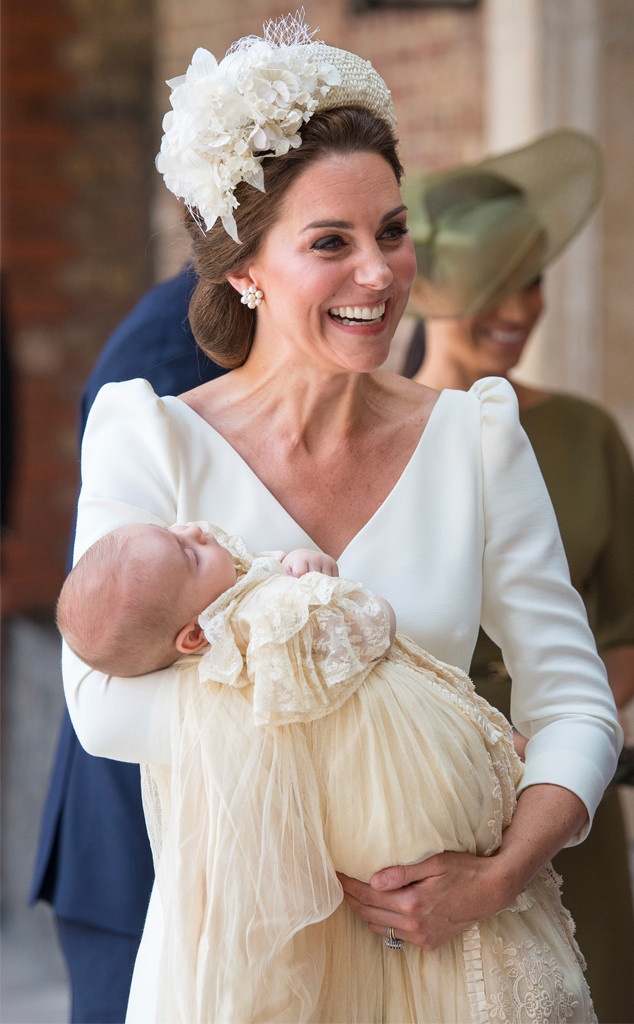 9. "Happy Childhood": "I had a very happy childhood," she said. "It was great fun. I'm very lucky I come from a very strong family. My parents were hugely dedicated to us, my siblings. I really appreciate now, as a parent, how much they sacrificed for us. They would come to every sports match—they would be the ones on the sidelines, shouting, and we'd always have our family holidays together."

10. "Amazing Granny": Kate also reminisced about bonding with one of her grandmothers.

"I had an amazing granny who devoted a lot of time for us—playing with us, doing arts and crafts and going into her greenhouse and doing gardening stuff and cooking with us," she said. "I try and incorporate a lot of the experiences that she gave us at the time into the experiences that I give my children now. That also, the environments that you spend time in as well, you know that's a happy home environment, safe environments."

This marks the duchess' first podcast. The interview aims to promote her latest initiative focused on early childhood development: The Five Big Questions survey, which asks those across the U.K. to generate conversation surrounding the importance and long-term impact of a person's earliest years.

"It's going to take a long time—I'm talking about a generational change—but hopefully this is the first small step: to start a conversation around the importance of Early Childhood development," Kate said. "It's not just about happy, healthy children. This is for lifelong consequences and outcomes."