Instead of flowers or chocolate this year, we're gifting you with six heartwarming stories that will help lift your mood this love-themed holiday during part of our weekly Feel Good Friday series, including one epic tale about people coming together to help an elderly man honor the love of his life who passed away over a decade ago. And, of course, what would a Valentine's Day truly be without an epic surprise proposal?

Plus, a little boy's world was made a little brighter thanks to an inclusive ad, a little girl with a perfect attendance record at school received quite the surprise from one of TV's most beloved hosts after she went viral for having her special pencil taken by one of her fellow classmates, and the unlikely friendship between two passengers on a flight this week will restore your belief in the kindness of strangers.

And we also found another story about a kind act that went down over 30,000 feet in the air, proving feel good stories can come from truly anywhere. 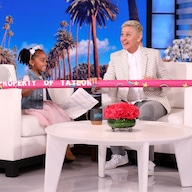 Check out six stories sure to bring a smile to your face this Friday.... 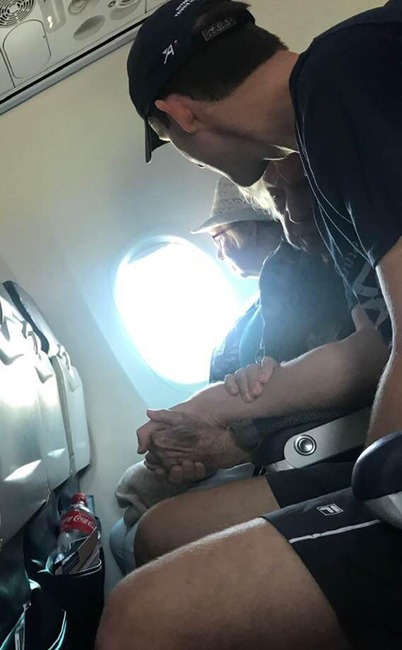 And this is why they call it the friendly skies.

One kind airplane passenger's act of kindness went viral on Facebook and it is now warming hearts everywhere after another passenger on the flight shared the story: On a flight from Raleigh to Miami, the man took it upon himself to comfort his elderly 96-year-old seatmate, who hadn't flown in 15 years, after noticing that she was uneasy as the plane prepared for takeoff. To ease her nerves, the passenger offered the anxious flyer his hand to hold to brace herself for takeoff and graciously explained what was happening as it left the ground. 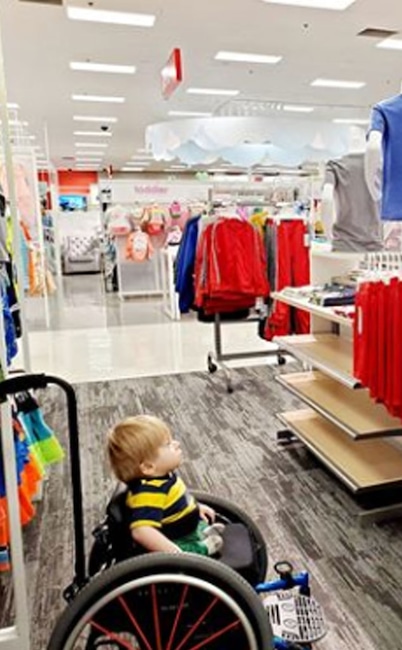 A toddler named Oliver, who has spent his life in a wheelchair after he was diagnosed with Caudal Regression Syndrome (Sacral Agenesis) at his mom's 18 week routine ultrasound, got the surprise of a lifetime this month when he saw himself represented in an ad at Target for the first time in his life. According to the Facebook page Ollie's World, during a recent trip to Target, Oliver was blown away to see an ad featuring a little boy in a wheelchair.

"Thank you Target! Today Oliver stopped me dead in his tracks and turned back around to see this picture that he spotted!" The post on his public Facebook page read. "He just stared at it in awe! He recognized another boy like him, smiling and laughing on a display at Target. Oliver sees kids every day, but he never gets to see kids like him. This was amazing! I am so happy that other kids that pass through here with their parents, will see this! There is a lot of focus on representing diversity, but representing people with disabilities is just as important!"

The post went viral and ultimately ended up reaching the boy featured in the Target ad, proving the power of the Internet to bring people together. 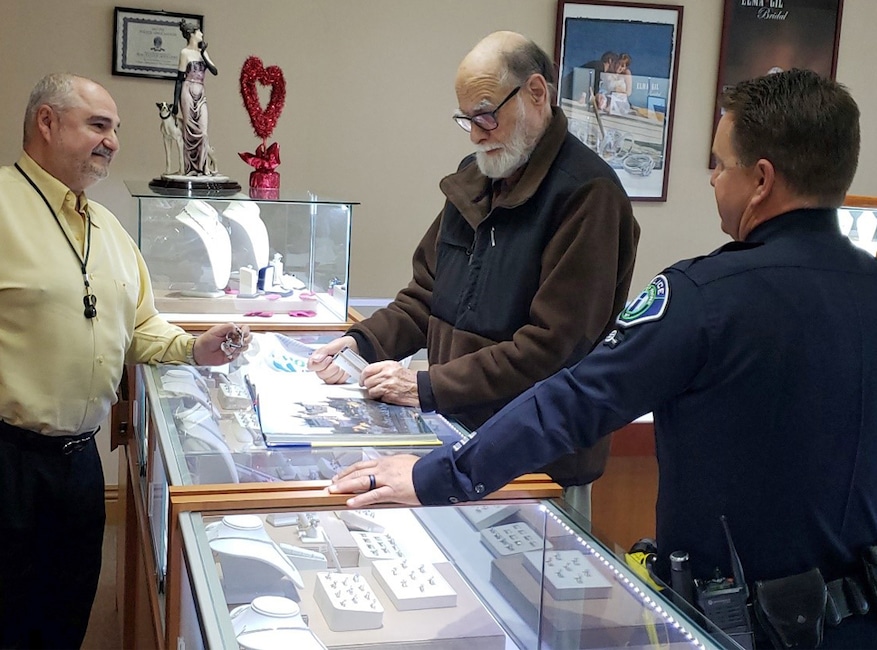 13 years after the devastating loss of his wife, David Eaton was distraught after he lost his beloved custom wedding ring he still wore in June. According to ABC affiliate KFSN, he lost the ring after losing weight during his cancer treatment, causing it to slip off while he was running errands.

After he turned to the police for help, one officer felt compelled to track down the since-retired original jeweler to recreate the ring by bringing the original mold to a new jewelry maker, with Officer Brian Smith of the Irvine Police Department explaining, "I could tell how important it was to him, and I could tell that he really missed it."

After learning of what the police department did to recreate the ring, the 89-year-old widower was "speechless." And so are we. 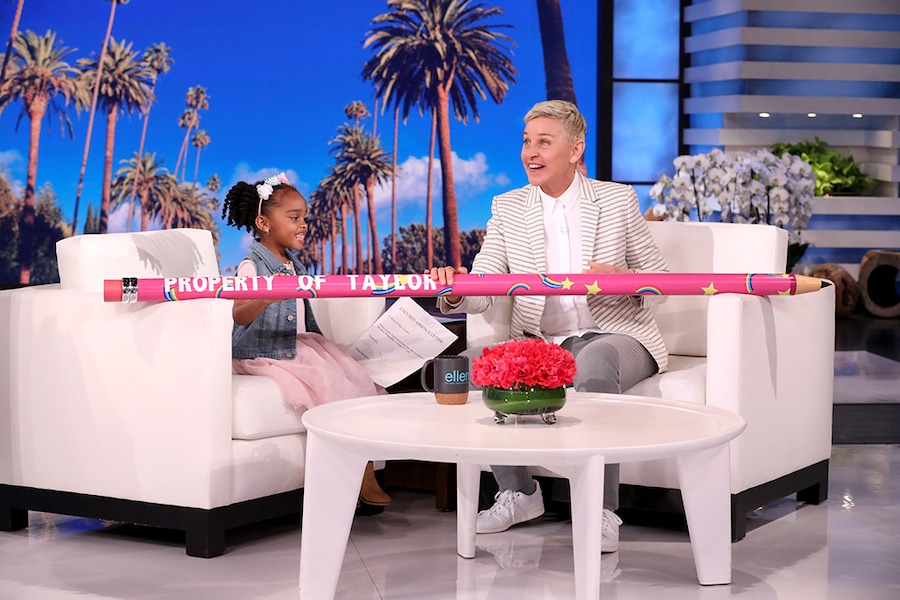 After 7-year-old Taylor James went viral for calling out the classmate who stole her perfect attendance pencil, the second grader was invited on The Ellen DeGeneres Show, where she received quite the surprise from the host. 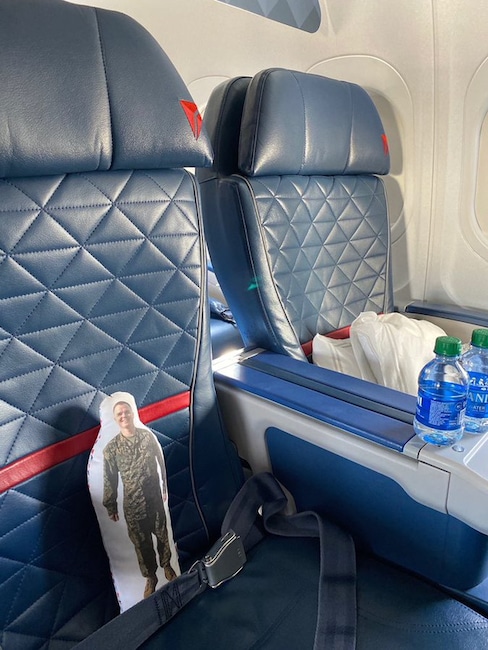 After a mom posted on Facebook asking for help in finding her daughter Kenley's very special doll, which was a plush doll modeled after her father, U.S. Marine Brian O'Connor, after it was lost during their travels, Delta came through.

"We found your doll, Kenley! He's missed you, but don't worry. We're bringing him home," the airline captioned a photo of the doll safely buckled in to his seat. Later, Delta posted a sweet photo of Kenley's reunion with her Daddy doll, which also has a voice message from her father he recorded prior to his deployment.

"Mission accomplished! Kenley and her doll are together again," Delta wrote alongside photos of the sweet reunion, with the young girl going on to FaceTime with her dad. 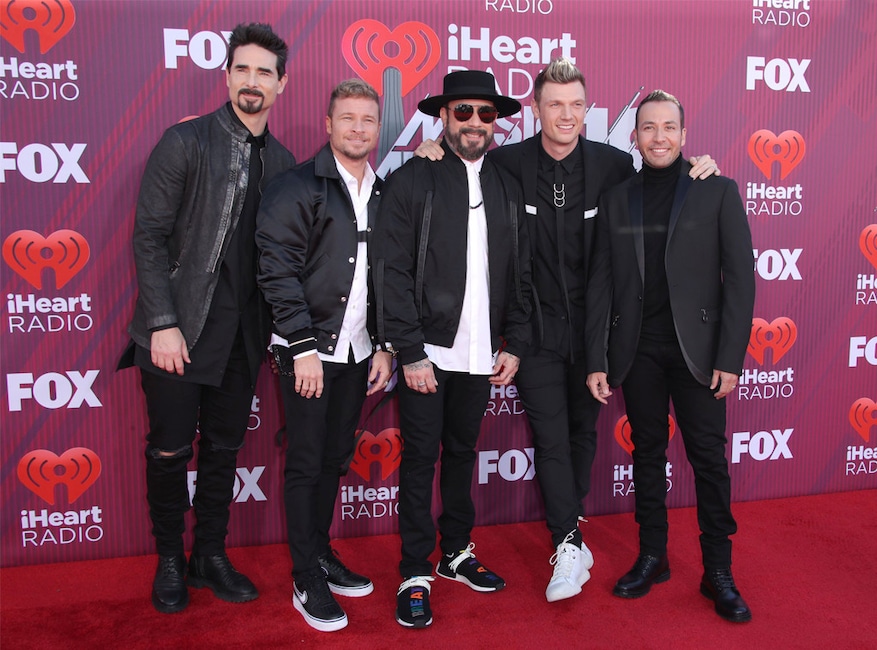 One Backstreet Boys super-fan got the surprise of a lifetime when her favorite band helped her boyfriend propose to her on live TV. As the boy band serenaded her with an a capella performance of their song "I'll Never Break Your Heart," her BF got down on one knee on Good Morning America.

"Priscilla, I love you and I want to spend the rest of my life with you," he said as he opened the ring box. "Will you marry me?" Fighting back tears, the woman of the hour gave her fiancé a nod, with the band then gifting the newly engaged couples with tickets to one of their upcoming concerts.