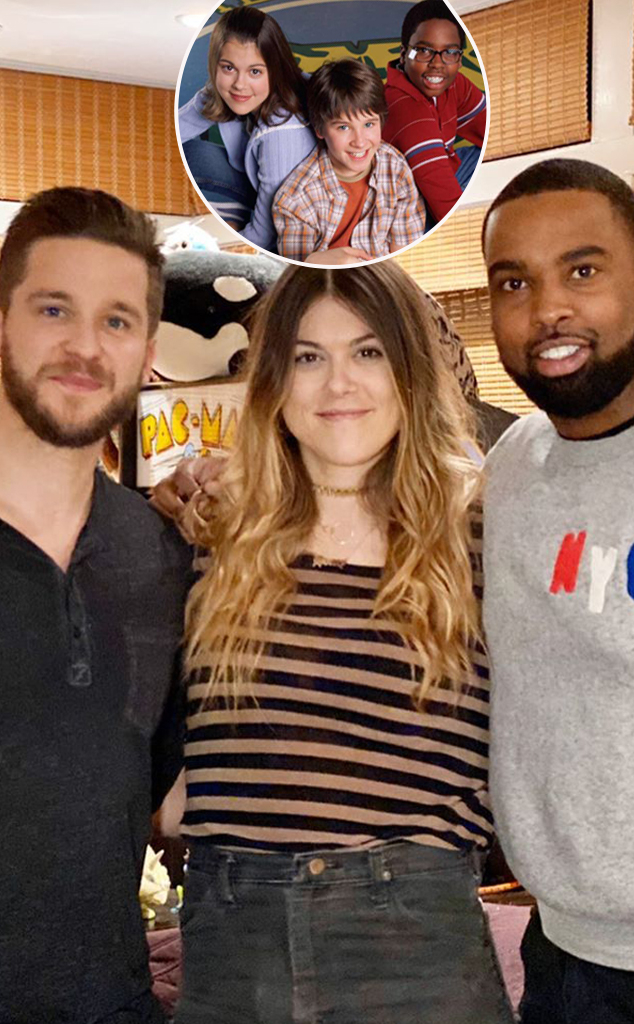 Friends who survive middle school together, stay together.

Over the weekend, Ned's Declassified School Survival Guide alums Devon Werkheiser, 28, Lindsey Shaw, 30, and Daniel Curtis Lee, 28, reunited and graciously documented everything on Instagram. Posing alongside each other and sharing a sweet embrace, the nostalgic moment made it seem like no time had passed since the trio appeared on the fan-favorite Nickelodeon show back in 2004.

Reflecting on their reunion and her enduring friendship with Devon and Daniel, Lindsey, who played Jennifer "Moze" Mosely on the show, wrote, "About last night…My heart is so full after seeing my Ned's family!! Really excited at the possibility of creating with you all again."

Including a throwback picture from their Ned's Declassified days, she added, "Also, remember when I used to be like a foot taller than you both? I feel like somehow the light in all of our eyes is still the same...and that's really comforting and special to me. Love you all!" 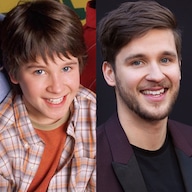 Also feeling the love from their gathering, Daniel, who played Simon "Cookie" Nelson-Cook, captioned his post, "Ned's Declassified Family Reunion! Uncle Cookies's back in the building with Ned and Moze! So much love in the room!"

📓 Ned’s Declassified Family Reunion! 🍪 Uncle Cookies’s back in the building with Ned and Moze! So much love in the room! Re- 🥾 ?!?#nedsdeclassified #throwback #nostalgia #nickelodeon @devonwerkharder @ladymshawsters @scottwfellows

Ned's Declassified School Survival Guide followed Ned Bigby as he and his friends Moze and Cookie hilariously navigated the trials and tribulations of middle school together, detailing every milestone and obstacle in a journal and offering viewers advice on how to survive their own junior high struggles.

This hit Nickelodeon series had a 3-year run before wrapping up in 2007. Since then, Devon, Lindsay and Daniel have gone on to star in several series and films. Back in 2019, Devon starred alongside Wizards of Waverly Place alum Jennifer Stone in Santa Girl. Now pursuing a career in music, the former Nickelodeon star has been sharing his work on his YouTube channel. 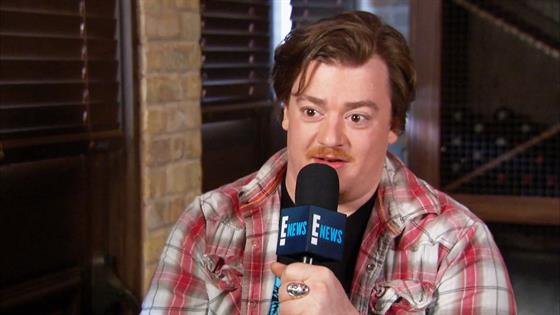 Now Playing
Up Next
Former Nickelodeon Stars Reminisce About Their Shows

After playing Moze for three years, Lindsey returned to television in ABC Family's 10 Things I Hate About You reboot series in 2009. Then, she had a recurring guest star role on Pretty Little Liars, where she played Shay Mitchell's character's girlfriend Paige for several episodes.

Following his success on Nickelodeon, Daniel starred in Disney Channel's Zeke and Luther from 2009 to 2011. He has also had several guest appearances on several popular shows, including Good Luck Charlie, Glee and 9-1-1.