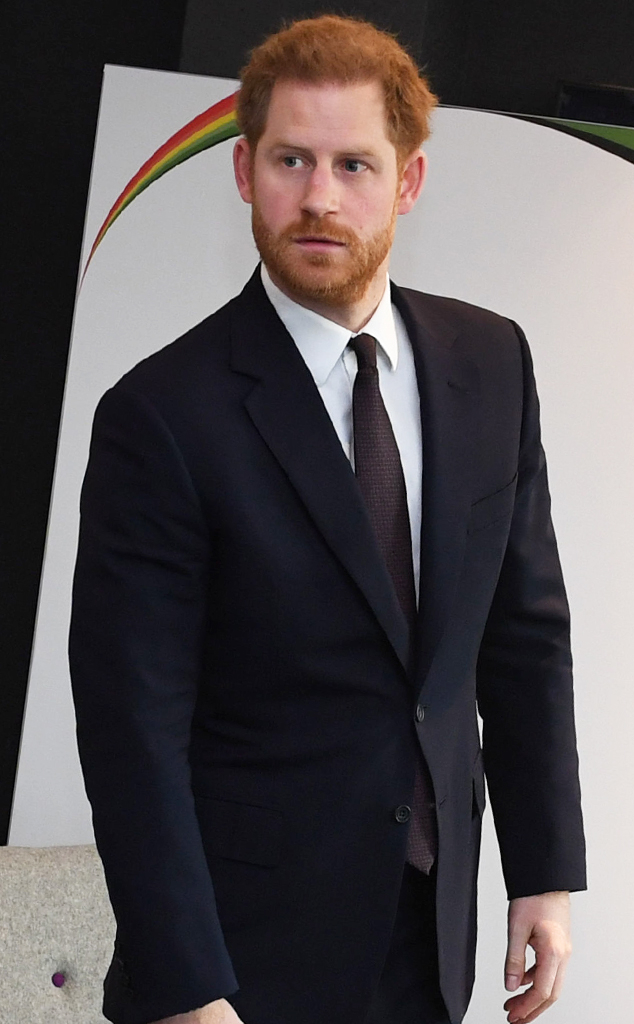 The Independent Press Standards Organisation has sided with The Mail on Sunday after receiving a complaint from Prince Harry over the publication's coverage of wildlife photos posted to his Instagram account back in April 2019.

About nine months ago, the outlet published an article titled "Drugged and tethered... what Harry didn't tell you about those awe-inspiring wildlife photos." The piece came shortly after the Duke of Sussex posted a series of photos he had taken for Earth Day. The article described the pictures—which included shots of a rhino, an elephant and a lion—as "spectacular photographs of African wildlife," but claimed they "don't quite tell the full story."

The publication reported "all three animals had been stunned by a tranquilizer" and that the elephant had been tethered so the creatures could be relocated as part of conservation projects. However, the outlet argued the royal "notably avoided explaining the circumstances in which the images were taken." It also claimed Harry's Instagram followers were unable to see the rope tied to the elephant's hind legs because the photo was "edited."

"A spokesman for the Duke declined to discuss the photos, though sources denied the rope was deliberately edited out of the elephant picture, claiming instead that 'it was due to Instagram's format,'" the article read.

In his complaint, which was filed back in August 2019, Harry accused The Mail on Sunday of breaching clause one (accuracy) of the Editors' Code of Practice. Harry argued he didn't mislead the public by not explaining the circumstances in which the photo of the elephant was taken. In addition, he claimed the article was inaccurate as it allegedly suggested that—because Harry had shared the edited picture and not stated the animals had been tranquilized and tethered—he had intended to mislead his followers and give the impression he was a "superior photographer" who had taken the pictures in dangerous situations, the ruling noted.

Furthermore, Harry argued the full, uncropped version of the photo had been featured on the Royal Family's website since 2016. He claimed it also appeared on the website of the organization that had done the conservation projects along with a video and description of the tranquilizing and tethering process. Furthermore, Harry noted that his post contained a link to this organization's website and that he had spoken out about his conservation efforts before. In addition, he alleged the pictures had been uploaded to Instagram to raise awareness for Earth Day and that the caption made it clear they were being relocated for conservation purposes, thus making the context of the tethering and tranquilizing unnecessary.

Harry also claimed the picture, which contained a border, had been cropped to fit Instagram's template and formatting settings. He also claimed he made this aware to the publication before it ran the piece and had noted his conservation work.

Today is #earthday - an opportunity to learn about, celebrate and continue to safeguard our planet, our home. The above, Their Royal Highnesses in Rotorua, New Zealand. Of the 170 different species originally planted in the early 1900’s, only a handful of species, including these majestic Redwoods, remain today. Next, we invite you to scroll through a series of 8 photos taken by The Duke of Sussex©️DOS sharing his environmental POV including: Africa’s Unicorn, the rhino. These magnificent animals have survived ice ages and giant crocodiles, amongst other things! They have adapted to earth’s changing climate continually for over 30 million years. Yet here we are in 2019 where their biggest threat is us. A critical ecosystem, Botswana’s Okavango Delta sustains millions of people and an abundance of wildlife. Huge bush fires, predominantly started by humans, are altering the entire river system; the ash kills the fish as the flood comes in and the trees that don’t burn become next year’s kindling. Desert lions are critically endangered due partly to human wildlife conflict, habitat encroachment and climate change. 96% of mammals on our 🌍 are either livestock or humans, meaning only 4% remaining are wild animals. Orca and Humpback whale populations are recovering in Norway thanks to the protection of their fisheries. Proof that fishing sustainably can benefit us all. Roughly 3/4 of Guyana is forested, its forests are highly diverse with 1,263 known species of wildlife and 6,409 species of plants. Many countries continue to try and deforest there for the global demand for timber. We all now know the damage plastics are causing to our oceans. Micro plastics are also ending up in our food source, creating not just environmental problems for our planet but medical problems for ourselves too. When a fenced area passes its carrying capacity for elephants, they start to encroach into farmland causing havoc for communities. Here @AfricanParksNetwork relocated 500 Elephants to another park within Malawi to reduce the pressure on human wildlife conflict and create more dispersed tourism. Every one of us can make a difference, not just today but every day. #earthday

However, The Mail on Sunday denied the piece was inaccurate and claimed Harry could have explained the situation in which the photo was taken. It also claimed the public could not be expected to be aware of this tranquilizing and tethering context from the other websites or Harry's past statements on the conservation work. It also argued it was not inaccurate to report that the royal had not explained these circumstances—or "the whole story"—to the public. Furthermore, it alleged that Instagram users had written in the comments section that these circumstances could have been made clear.

In addition, the newspaper claimed the post didn't need to be edited to fit Instagram's formatting requirements and that the inclusion of the border was a choice. The Mail on Sunday also provided an example of how the photo could have been published without being cropped. It also argued it had provided an explanation for the cropping in the piece.

In the end, the IPSO determined it was not clear from the photographs that the animals had been tethered or tranquilized. It also claimed the post's caption had not made it clear that unedited photos of the animals had been previously published elsewhere. In addition, it claimed that The Mail on Sunday showed the photo could have been edited differently.

In addition, it stated that, because the article focused on publicly available Instagram content, the publication didn't need to ask Harry for comment on the published claims.

"Nevertheless, the publication had included the complainant's denial that he had deliberately edited out the tether on the image of the elephant," it stated.  "There was no failure to take care not to publish inaccurate information."

The complaint was concluded on Oct. 25, 2019. However, the aforementioned ruling was recently shared.