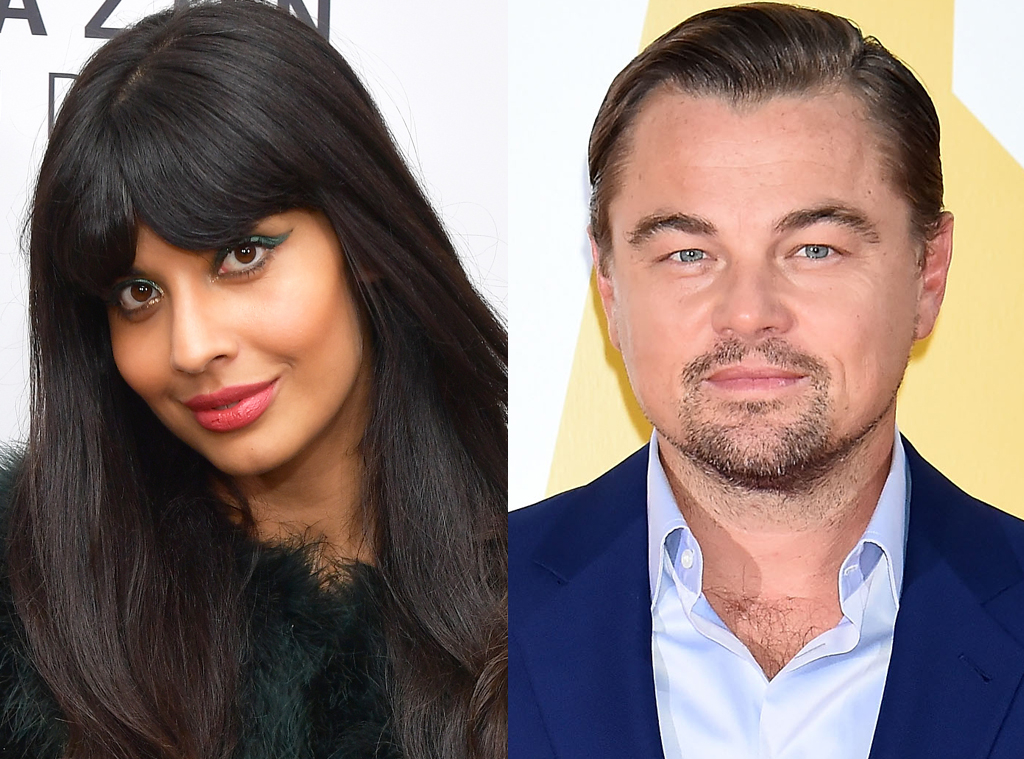 Jameela Jamil has the most wild stories from her first years on The Good Place.

Having never acted before snagging the role of Tahani on the NBC comedy (which airs its series finale on Jan. 30), she was an unknown face when she got to Hollywood. And that spelled for some hilarious mishaps.

During a November interview with Jimmy Kimmel, the star shared a story of the time when—at Ted Danson's suggestion—she went for a run and ended up getting chased by a swarm of bees. And during Wednesday's The Tonight Show Starring Jimmy Fallon, the actress shared the story of her first legit Hollywood event that resulted in her turning down an invitation to party with Leonardo DiCaprio.

As she explained, "I don't go to any award ceremony or any party for longer than about 20 or 30 minutes, because of my first big Hollywood party. Maybe three years ago, I just shot The Good Place, but no one knew who I was. I got invited to this giant Oscars party full of absolute A-list stars. You had Charlize Theron, Gwyneth [Paltrow] was there, Edward Norton, it was insane." 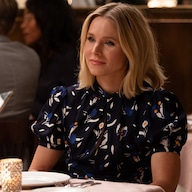 Because she didn't know anyone there, she awkwardly made her way around the party, trying her best to strike up conversation with the Hollywood bigshots.

"I'm walking around on my own trying to find people to talk to, starting conversations with these A-listers who are looking at me like I'm just a very over-confident cleaner," she joked. "And no one wants to talk to me, so after a while, I find myself lurking around the buffet area."

In a very relatable moment, she opted to sit and eat rather than stress over the party guests.

As Jamil shared, "The food is incredible at these things, and no one eats the food! None of them eat the goddamn food. So, I had a bite of steak, it was incredible and I was like, 'No one else is eating this, I should take some of this home with me.'"

But she didn't stop there. As the 33-year-old added, "And so, I take a plate and I pile a steak on, and I'm like, 'I could take, like, 10 more of these.' So, I pile 10 giant steaks onto a plate. I have Gwyneth Paltrow in front of me. She turns around and looks at me, and I was like, 'Atkins.' And she was like, 'Cool.' And I grabbed a cloth napkin, I put it over the plate, flipped it, bundled all the steaks up, they start bleeding."

And what did she do to conceal the bleeding, napkin-wrapped steaks? Well, she had to get creative. 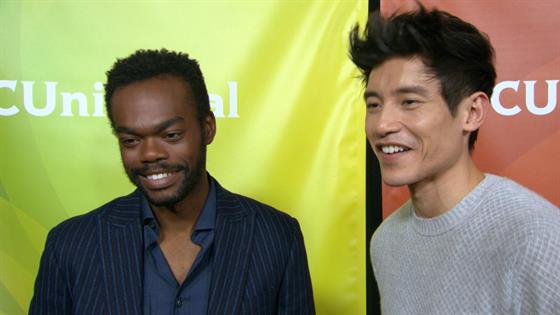 Now Playing
Up Next
"The Good Place" Stars Promise a "Satisfying, Full" Ending

"I look like I'm holding something dead. I panic, I stick it in between by thighs, where we know I love to keep food," she revealed. "Blood starts running down my leg, and I'm like, 'I have to get the hell out of here.'"

In her rush to leave, though, another awkward moment with a Hollywood legend occurred. "I start waddling so fast—and I'm like 6'4" in my heels," she said, "and Al Pacino must have been in front of me, because I take Al Pacino down. Al goes down. I knock Al Pacino over. It's 3 a.m., the steaks fly from out of my legs, so I leave Pacino—I'm like, 'He'll be fine'—run, grab the steaks, hold them under my arm."

As fate would have it, she ran away from Pacino and into Muse's Matt Bellamy, and that's where DiCaprio came in.

As she explained, "I know him, he's English, we know each other from England, everyone knows each other. He stops me and is like, 'Hey, I just got here. I'm about to go to this party Leonardo DiCaprio is having in a hotel room. Do you want to come?' I was like—I did, I wanted to go, but I was like—'I've just been through so much to get these steaks.' I had tears in my eyes, so I was like, 'I just have to go home.' And so, I took these bleeding steaks home and I ate them by myself."

A story for the ages.