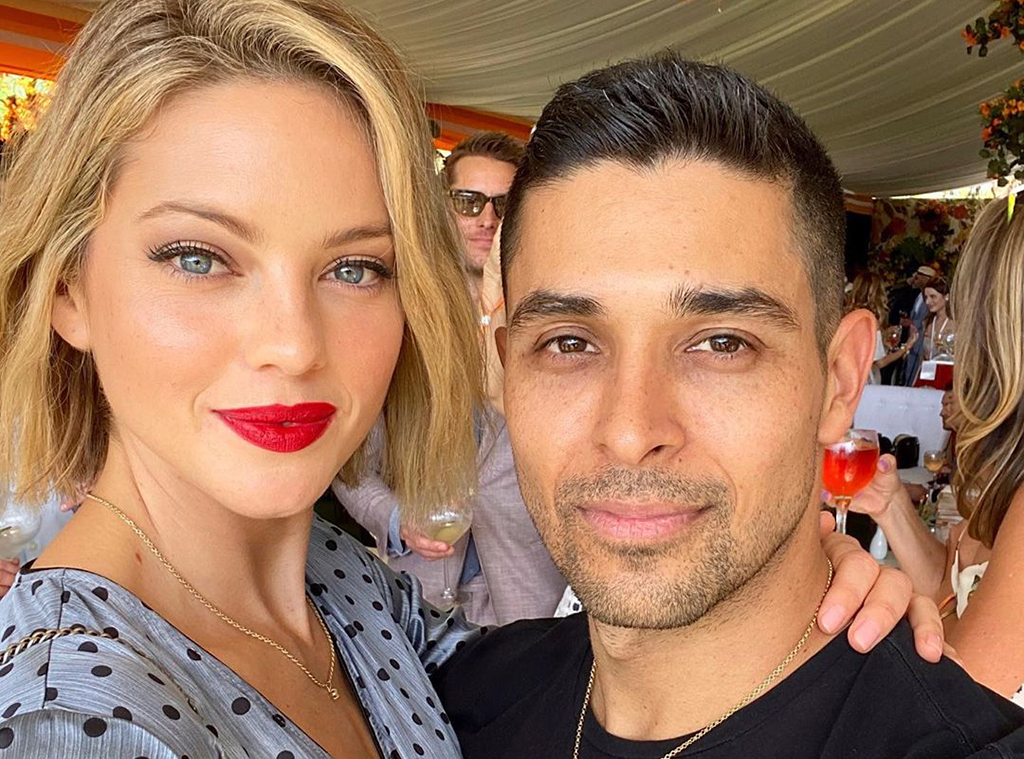 There was a time when Wilmer Valderrama may not have been the guy to trust with your secrets—or even to trust with his own secrets. But times have definitely changed.

The NCIS star, whose young-Hollywood days were punctuated by explosive headlines about a line of girlfriends and sexual conquests, is turning 40 with some well-earned perspective these days about priorities and what's truly important.

Oh, and with a fiancée, too!

"'It's just us now,'" Valderrama shared a quote from the big moment when he kicked off 2020 with an Instagram reveal that he had proposed to his girlfriend of less than a year, Amanda Pacheco.

The actor popped the question while they were on vacation in Mexico with a custom-designed ring by Bychari boasting a 3-plus carat pear-shaped diamond on a slim pavé band, accented with details that are "near and dear" to the couple, according to the jeweler. 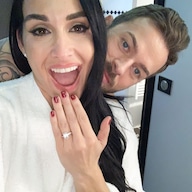 The move seemed sudden to some inquiring minds who were more than happy to add their 2 cents amid the congratulations on Instagram, but really, when you know...

This past year especially has been all about love for Valderrama, who had been Instagramming about date nights with Pacheco, the stunning Thanksgiving meal she put together for a bunch of family and friends, visiting him in Atlanta where he was busy shooting a movie (which he's now promoting at Sundance)...

But Pacheco isn't the only important woman in his life who he's been busy showing his appreciation for.

The Venezuelan-American star is also super close with his mom, Sobeida, and in addition to setting her up with an Instagram account so she could better keep up with him while he was traveling, he surprised her with a new house next door to his own home last year.

For the extended #Prank / #Surprise go to my #IGTV After the shock came the tears.. she deserves the world.. I wouldn’t be, if it wasn’t for her life long sacrifice.. #ILoveMyMother #AmericanDream

"Family is everything," he said on The Tamron Hall Show in November. "They sacrificed so much for my sisters and me to come to America, they sold everything they had in Venezuela so we could come here and have a better shot and have the education that they never had, you know.. .It's hard to keep your parents up to date to what you're doing, sometimes you just keep living your life and you forget [to check in]..."

True, it does become quite a bit easier, for better or worse, when they're right next door.

"You come to this country and you work really hard and, you hopefully mean well, right?" Valderrama recalled the emotional moment on Live With Kelly and Ryan after they shared a clip of the surprise—which his mom totally thought was a hoax at first. "Then all of a sudden, you wake up and you can do that. It's America, you know?" 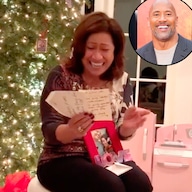 Celebs Who Bought Their Moms a House

And the houses aren't too on top of each other.

"We have a bush in between us," he assured Kelly Ripa and Ryan Seacrest. "But she's also [just] a bush away."

He'd go over and smell the home cooking, the authentic Venezuelan arepas and her signature soup, and feel like a kid again, but at the same time, he added, pointing yonder, "I know I can tell my children, 'Go to your grandma's.'"

So, Valderrama, he of the youthful indiscretions, had already started thinking about having a family of his own. Which means he had come a long way from, as Ripa put it, his and Seacrest's "hunting" days on the club scene in L.A. 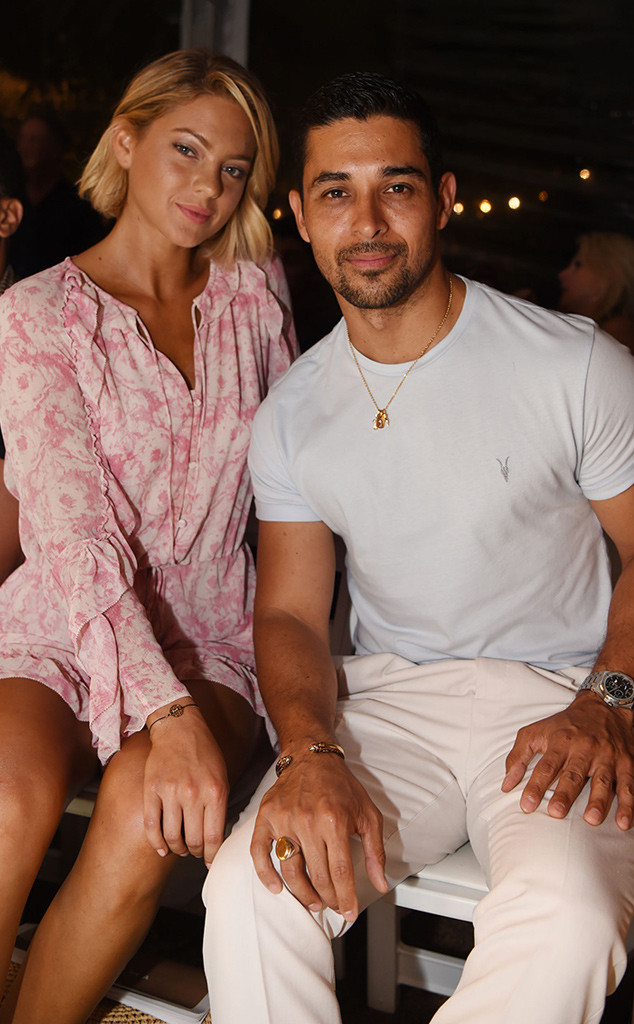 As for waking up one morning able to buy his mother a new home, it wasn't all of a sudden, but Valderrama has been working hard for his success since he first showed up on That '70s Show when he was 18. He has also made a habit of taking time out to celebrate his re-adopted country (he was born in Miami but his family lived in Venezuela until he was about 14 before moving to the U.S. for good): he's a regular on the USO circuit and can always be counted on for charity events and any other occasion benefiting a good cause, just as the Hand in Hand disaster relief telethon for those affected by Hurricane Harvey in Houston, back in 2017.

Talking to people who were calling in to make donations "reminds you of how special our country is," he told E! News at the event, "reminds us that the unity that people have sometimes attacked in our society can't be broken. These moments remind us that it's not about colors and it's about the human experience, and if we can be part of that we can help one another have a more present existence with one another—it's amazing." 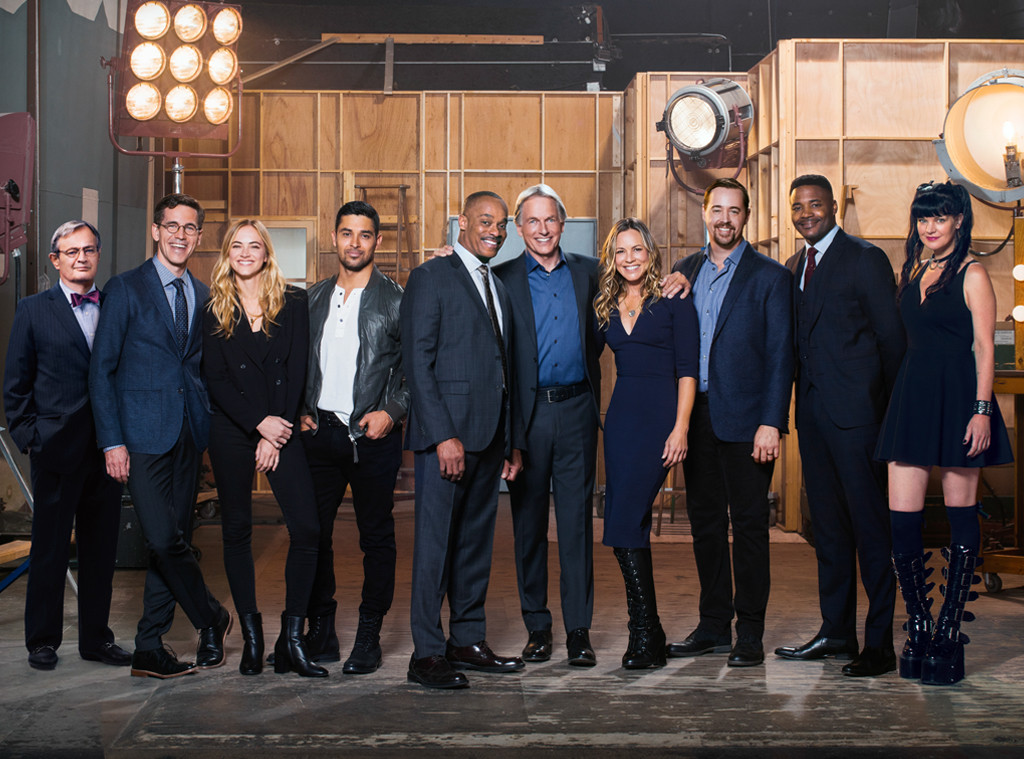 The actor, who was on That '70s Show until 2006, had recently come into some good fortune at the time, joining the cast of CBS' enduring crime drama NCIS in 2016. Gratitude be his name, he even thanked the "loyal network audience" that had watched him grow up on his long-running sitcom (albeit on a different network, Fox).

"To join a cast that's still excited to come to work every day, and after 14 years they're still swinging hard...the dynamic is great," he told the CBS red carpet reporters at the 2017 People's Choice Awards. "I'm having a great time, and Mark Harmon and I are besties for sure." 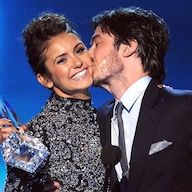 They aren't exactly BFFs, but he does seem to be on awfully good terms with ex-girlfriend Mandy Moore, who always stops to take a selfie for posterity whenever they run into each other. And while he and Demi Lovato split up in 2016 after almost six years together, he was part of her support system when she was recovering from a life-threatening drug overdose in the summer of 2018 and has remained her good friend.

Maybe that's part of the reason her fans weren't too thrilled to hear that Valderrama was engaged, they thought he and Lovato might reunite one day. But a source told E! News that Demi herself was happy for her ex.

"She always wants the best for him in life and is glad he has found love," the insider said. "They will always be friends and have a special place in each other's hearts. But she also realized he wasn't going to be her life partner and she's known that for a while. She moved on from that and has been going in a different direction. She wishes him all the best though."

Tony Montana, sorry compa.. my Elvira just Scarface certified me.. Now where to hang one of the illest gift I’ve ever gotten! Wow Chimi! 🥺 #ShePutAFrameOnIt

This time around, Valderrama hasn't spilled any details about his relationship with Pacheco, a model and avid deep sea diver, other than what he's posted on Instagram, having made a habit of giving his fans regular glimpses into his world (such as scenes from his intense workouts that keep him in running, leaping and fighting shape for NCIS).

He and Pacheco made their first public appearance as a couple last July at the Vitamin A runway show during Miami Swim Week, after first sparking dating rumors in April.

So, was he already thinking full-on domestication when he had his friend who's a professional organizer come in and rearrange his kitchen in May...? 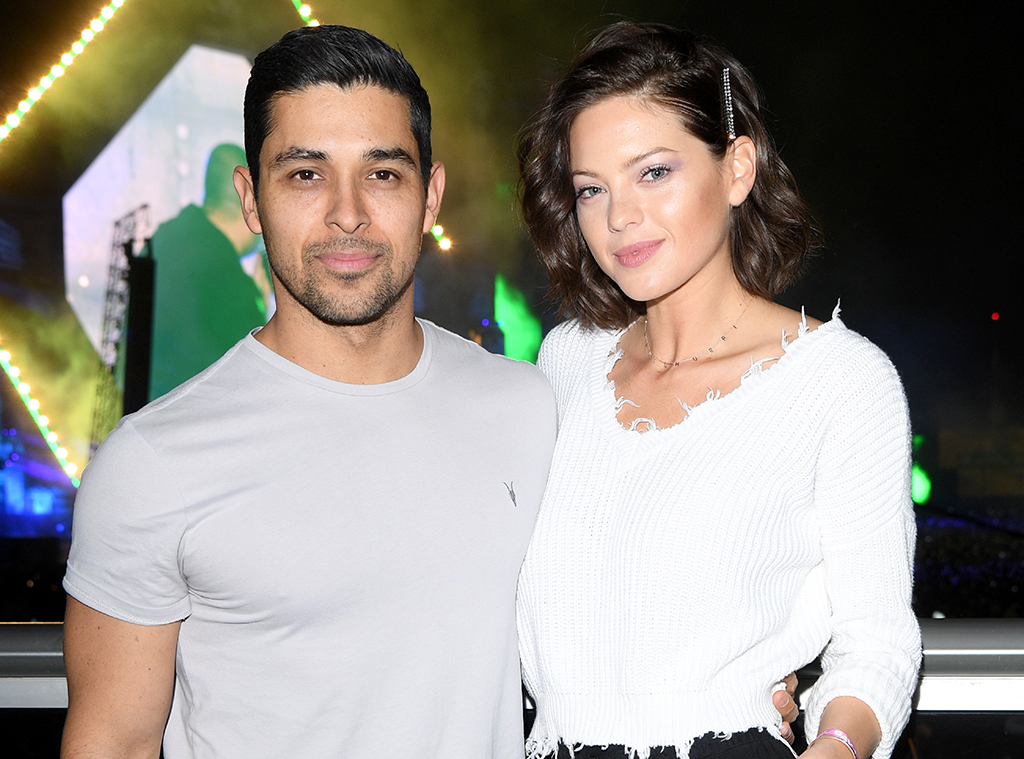 They traveled throughout the summer, including trips to Paris and Tokyo. In November, he described dressing up with Pacheco for Día de Los Muertos as their "first annual...celebration together," obviously an implication that there would be many more to come. For Christmas she commissioned a playfully macabre family portrait of the two of them with Marrok, his dog—and, naturally, he loved it.

"ShePutAFrameOnIt," he captioned the pic.

Days later, he put a ring on it.