Preliminary Snakegate hearings commenced during last night's Real Housewives of Atlanta, which saw the series' leading women in the middle of an eleventh-hour investigation—one that ended with a near-physical skirmish between RHOA veteran NeNe Leakes and longtime rival Kenya Moore.

Confrontation first kicked up inside the lounge area of Marlo Hampton's Toronto hotel suite, where the case of RHOA Main Cast v. Gail "Yavonna" Momplaisir was well underway. After weeks of buildup, Momplaisir stood trial against accusations claiming she recorded Cynthia Bailey bad-mouthing Leakes on the sly. Momplaisir, who appears alongside Hampton as a "friend" of the Housewives, denied the allegations and sparked major contention with Porsha Williams in the process. Still, in one of several incriminating confessional interviews, Leakes insisted that "Yovanna has some sort of audio of Cynthia."

"I wouldn't call [Momplaisir] a snake," she told the RHOA camera, referencing the moniker previously assigned to whomever initiated the clandestine recording. However, "Is Yovanna the one with the information?" she continued. "Yes."

Leakes' statements were much less direct in Toronto. Following a lengthy explanation about the distinction between a "recording" (her initial claim) and "audio" (Sunday night's amended statement), the Housewives star refused to reveal the identity of her informant, even when Bailey asked for a name. 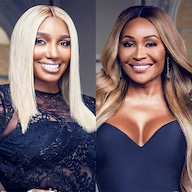 Will NeNe Leakes and Cynthia Bailey Ever Reach a "Respectful Place"?

"You know what, I'm not a snitch," she said. But her cast mates were getting restless. Was there really a secret recording? Was Momplaisir truly behind it? Where was the evidence, and why wouldn't Leakes share details?

"We never got real answers," Kandi Burruss told Bravo host Andy Cohen during the evening's post-show Watch What Happens Live. That said, "I felt like there had to have been a recording. I didn't feel like NeNe would make that up," she reasoned.

But Moore was considerably less trusting.

"I'm tired of these games," she lamented in her own confessional interview last night. "NeNe, you know there is no recording. So, however you want to call it, a recording, audio…she made the entire thing up in an effort to make everyone believe that Cynthia is such a bad person. Bitch, you are lying."

Back in the hotel room, any attempts to maintain court order unraveled in record time. Williams called security to remove Momplaisir (who fired back at the former's Snakegate accusations with comments about her relationship), and amid the commotion, Leakes vehemently implored Bailey to "hear what I have to say."

"You should have said it when you had the time to say it!" Moore cut in. "You had the floor."

A pointed finger and vehement exchange of shut the f--k ups gave way to a screaming match between herself and Leakes, which was ultimately deescalated by the security team. Relive the altercation and check out Burruss' Snakegate takeaways in the two clips above.

Watch a new episode of the The Real Housewives of Atlanta next Sunday, Jan. 19, at 8 p.m. on Bravo!