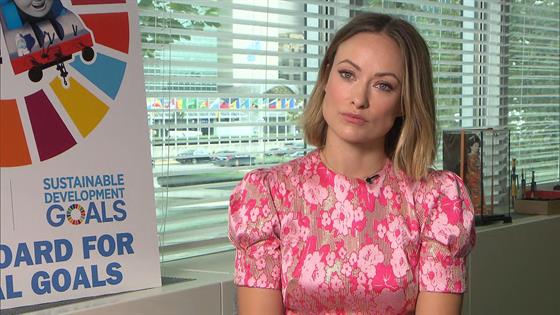 In the article, the 35-year-old filmmaker discusses a number of topics, including pivoting from acting to directing and raising her kids, Daisy (3) and Otis (5), to be independent and strong.

"With Daisy, I have witnessed how women are born with an incredible amount of strength and that society quickly pushes them to assume the more feminine role," she says when asked about the latter during an interview with her Booksmart cohort Beanie Feldstein. "I mean, I love that Elsa is looking pissed off on the Frozen 2 poster, but there's still an awful lot out there that's encouraging young women to make themselves the weaker sex. My role is to be a safe zone of support that'll hopefully counteract what society will inevitably do to them. When Daisy hits a place where she questions her worth, I want to be the one to remind her of the strength she innately has. But it's interesting because having a boy and a girl, you really notice gender politics within your own home. She'll clean up his plate for him after dinner, and I'm like, 'Put that back!'"

In fact, her daughter inspires her to continue to pass on the support she's received from other women—something she calls "The Daisy Chain."

"The Daisy Chain is about wanting to lift each other up," Wilde explains. "I celebrate it because, for a long time, women have been told that in order to succeed, we have to push people out of the way. [Producer] Jessica Elbaum was someone who dared me to take myself seriously. There were so many people who said, 'Oh, you should direct.' But there aren't many who will actually help you when you've never done it before. Jessica had the confidence in me to put her own reputation on the line by recommending that [production company] Annapurna hear my pitch for Booksmart. And that's real generosity."

Olivia Wilde Wants to Continue On as an Actor & Director

Booksmart is the first feature film directed by Wilde. In the cover story, Wilde says she made the pivot from appearing in front of the camera to working behind it at age 27 and started working on Booksmart seven years later.

"A pivot can happen at any age," she says.

But it won't be her last directing project. Wilde is working on a movie called Don't Worry, Darling, which she also appears in. It looks like her kids are pretty proud of their mom, too. During the interview, Feldstein recalls Otis telling her with pride, "My mom is a director." Wilde is also continuing to encourage her kids to follow their dreams.

"I see that it affects them. But for me as a mother, it's such a balancing act. Like, you filled me with so much confidence, but you didn't let me become a f--king a—hole," she says. "When I said I wanted to act at age 3, my mom was like, 'Great, go to school for it.' She always took my dream seriously because she's taken her own dream seriously." 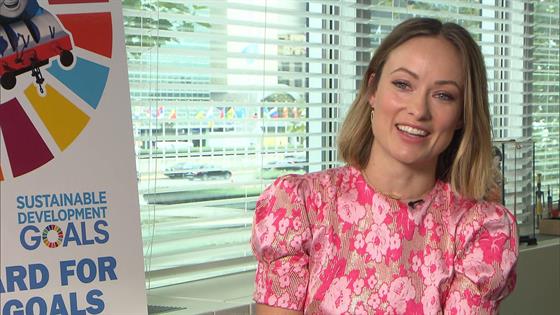 To read her full interview, check out the February issue of InStyle, available on newsstands and on Amazon via digital download starting Jan. 17.