Meghan Markleand Prince Harry's controversial announcement is all anyone can talk, and it's for good reason.

The Duke and Duchess of Sussex took an unprecedented step on Wednesday when they announced they "intend to step back as 'senior' members of the Royal Family and work to become financially independent." In their statement they also revealed their plans to balance their "time between the United Kingdom and North America," in order to raise Archie Harrisonwith an understanding of both his American and English roots.

While Meghan and Harry stated they would release the "full details" of their next steps soon, it appears Buckingham Palace is somewhat in the dark about how this will all pan out. "Discussions with The Duke and Duchess of Sussex are at an early stage," the statement began. "We understand their desire to take a different approach, but these are complicated issues that will take time to work through."

That being said, it appears Meghan and Harry were fully prepared for the onslaught of questions coming their way and released answers on their website. They explained why they are choosing this "new working model," how this will affect their relationship with the Royal family and how it will affect their way of life.

For the most part, they answered the most burning questions, but left others unanswered, like whether or not they needed permission to make this type of announcement.

Fortunately, Royal expert Marlene Koenig is pulling back the curtain to reveal the possible implications of this historic event in a Q&A below:

E!: What does this mean for Harry and Meghan?

E!: What does this mean for the Royal Family?

MK: The plan has been to focus on the main line. Prince Charlesis the next king—he would have been supported by his sons and their wives with Prince Williamas the heir apparent. As it now appears, Harry will not be a part of that support in the traditional manner. But we do not know how this will play out in the next months, the next few years.

E!: In order for them to take the step back, did they need approval from The Queen?

MK: Absolutely. I am sure that there were conversations between Charles and the Queen and the Sussexes, perhaps William too. 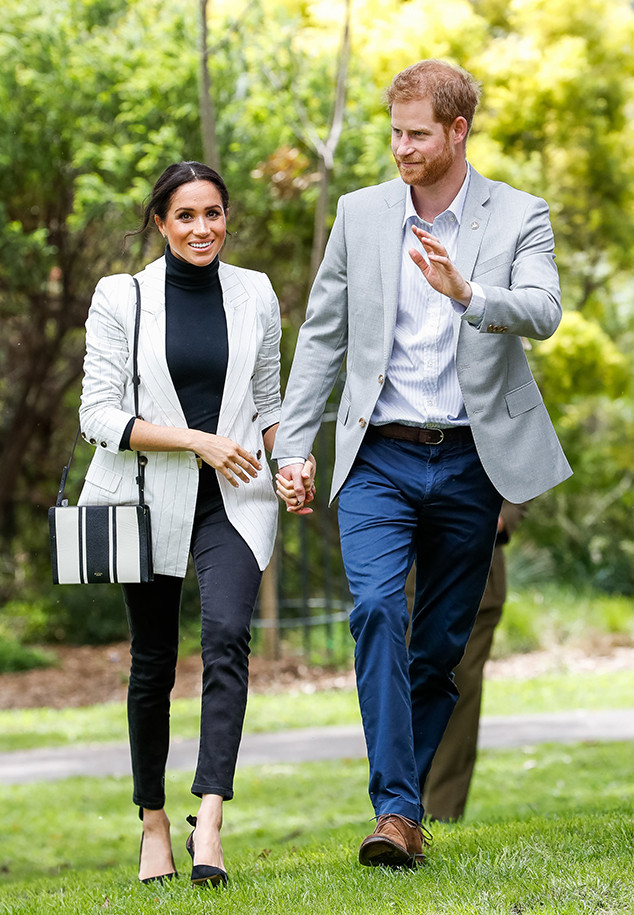 E!: What process did they have to go through? Were there negotiations? Are there terms to this?

MK: No idea. We know so little about this, apart from the fact that they chose to take a six week break and one can only assume that there were a lot of conversations with a great many people. Friends, family, advisors about how to handle this. I think the press coverage, the criticisms, the racism were all a part of this decision to go independent. The couple want to do projects without the restriction of the traditional royal roles.

E!: Where does their current funding come from?

MK: Most of their funding comes from the Duchy of Cornwall (95 percent) and 5 percent is from the Sovereign Grant. Most of this funding covers the Sussexes' office and staff salaries—anything that is associated with their official duties. At this time, they are prohibited from earning an income.

MK: Harry and William inherited £21 million (approx.) when their mother died. £5 million of that was what Princess Dianainherited from her father when he died. Each received half of that money, which was of course invested, so one assumes that her son inherited a nice amount of money as well as, perhaps other trust funds. 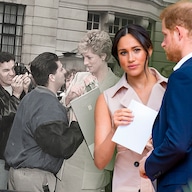 E!: Have we ever seen this happen before with other members of the Royal Family?

MK:  No. Edward VIII abdicated his throne for the woman he loved (and became the Duke of Windsor). He did receive a payout from his brother, King George VI, and he and Wallis had to go live in exile. George VI created his brother HRH after the abdication. But made it clear that it was personal and was not shared by Wallis.

E!: Is it possible for Harry to separate from the Royal Family completely?

MK:  I doubt he will do that. Succession to the throne is based on legislations. Titles are gifts of the sovereign, created by Letters Patent. The Peerage Act of 1963 allows a peer to renounce his peerage for life. He cannot renounce it for his male line descendants. Harry could renounce the dukedom, but Archie would remain heir to the peerages and when Harry dies, Archie would succeed to the dukedom. He could renounce if he wanted to do so.

The only way the peerage would revert to the crown is if there are male heirs.

The Queen could issue a Letters Patent that removes the title of Prince and the HRH from Harry. Some might applaud that decision, but Harry and Meghan Mountbatten-Windsor, the ex-royals won't have the same cache. 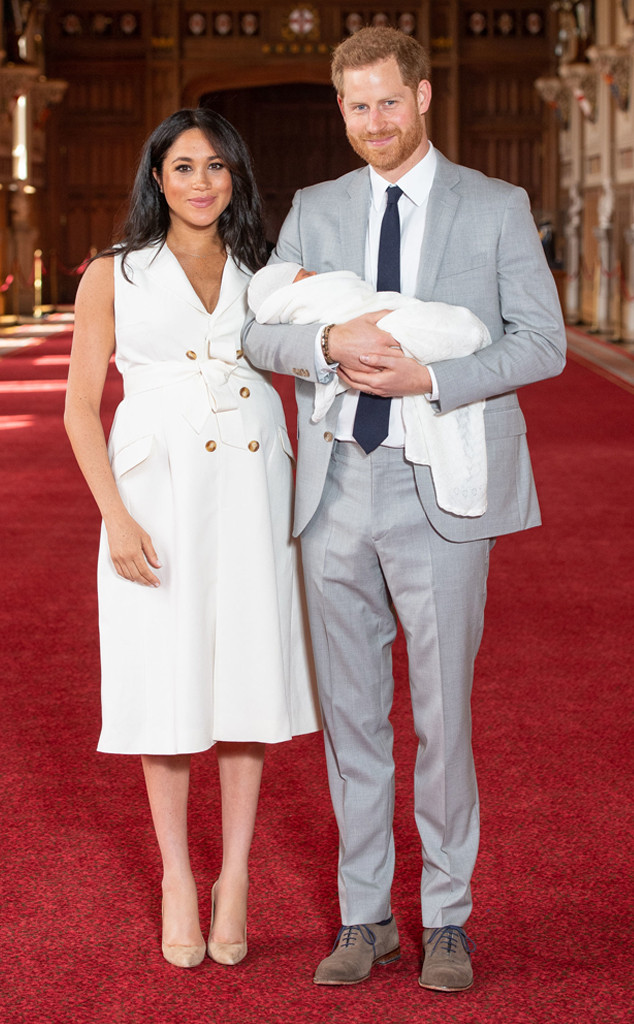 E!: How does this news change the impact and perception of the Royal Family?

MK: I think there will be some support, as well as backlash about the perception about wanting to be royal but not wanting to be a traditional royal.

E!: What does this mean for William and Kate?

MK: I am sure William and Catherine were aware of what was going to happen. They have their own roles, which will be increasing as time goes by, and especially, when Charles is king. William is the second in line. He has his own career path—he will be king.

E!: If Archie (and potentially future kids of theirs) want to have a more traditional role in the royal family down the line, can they?

MK: Unlikely. I expect that in the reign of Charles III, a new Letters Patent will be issued that will further limit the number of royal highnesses in the family. When Elizabeth II issued the Letters Patent a few months before George was born to give all of the children of the eldest son of the eldest son of Prince of Wales—the HRH and title of Prince—and she did not extend it to all the sons of the Prince of Wales, I knew Harry's kids would not be HRH and royal. The focus will be on the Cambridges and their children.