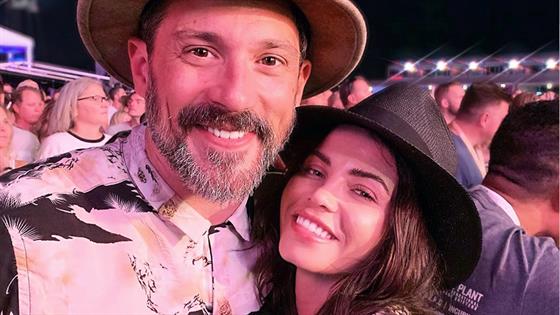 During an appearance on The Kelly Clarkson Show, the Flirting Dancing host revealed the differences between her first and second pregnancies. (She shares 6-year-old daughter Everly with ex-husband Channing Tatum, and is expecting her first child with boyfriend Steve Kazee.)

As it turns out, the Step Up alum is experiencing similar things during this pregnancy as she did last time, but with a twist. As Dewan told host Kelly Clarkson, "First pregnancy was really easy. Evie was a dream pregnancy. And this time around, also really great, but everything's happening faster."

As the star (whose due date is in March) continued, "I'm swelling faster. I have heartburn faster. I was way more nauseous this time around. It's a little different."

Clarkson has a theory as to why that could be. As the singer said, "Maybe that means the opposite sex is happening."

Dewan—who has not yet revealed the sex of her and Kazee's child (the actor refers to the little one as "Baby Kazee" in his Instagram posts)—remained coy in her reply. "I know, I know," she said. "We'll find out!" 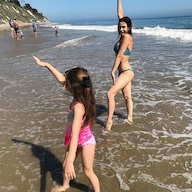 Two completely new experiences the Soundtrack actress is having, however, are certain food cravings and pregnancy dreams.

As Clarkson (who shares 5-year-old daughter River and 3-year-old son Remington with husband Brandon Blackstock) asked, "Did you ever have any of the weird stuff, like either cravings or weird dreams?"

Turns out, her food cravings did a total 180 this time around. As the 39-year-old star revealed, "With Evie, I was super healthy. I was actually fine. I wanted grapefruit, which was, like, thank you, Evie. Not this time. This time, I want junk food. I want everything bad. It was immediate. I was like, 'Where's the chips? Where's the Taco Bell?' I needed junk food."

As Clarkson joked, "I can roll with this kid, all right."

As for the pregnancy dreams, Dewan revealed this baby has her dreaming of...sports.

"I dream really weird this pregnancy," she admitted. "I had a dream the other night that I was playing hockey with all of these hockey players, and then all of a sudden we turned into balloons and we started floating. And the problem was we couldn't keep our skates on the ice. I woke up and I was like, 'What was that?' I need to feel grounded?"

"That's another thing," she later added. "I'm pregnant in the dreams, which is really weird."

Dewan is many things—a dancer, an actress, a TV host, an author, a mother—but a hockey player, she is not. As she joked, "I just looked over like, 'That was so weird. Why am I dreaming about hockey ever?'"

Maybe her and Kazee's little one will be the NHL's next big star?