Reese Witherspoon Is "Having the Time of Her Life" at the 2020 Golden Globes—But Who Will She Sit With? 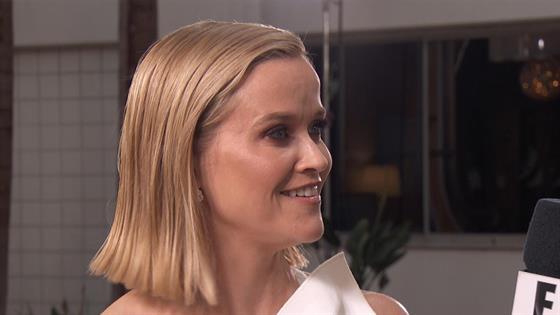 While that doesn't sound like it should be a problem, it sort of presented one for the superstar at the 2020 Golden Globes on Sunday, Jan. 5, as both of her hit shows, Big Little Lies and The Morning Show, were nominated, meaning she would have to pick which table to sit at for the first major awards show of the year. Imagine having to choose between spending the evening with Nicole Kidman and Jennifer Aniston. Oh, and add Kerry Washington to that impossible decision, too.

And when Witherspoon stopped to chat with Ryan Seacreston the red carpet, she revealed her strategy for her seat situation: "I will jump around! Hot potato! This is all the people I love and Kerry Washington is here. I got Little Fires Everywhere coming out with her."

So yeah, you could say Witherspoon is just a little busy, serving as an executive producer and star of Big Little Lies and The Morning Show, which are produced by her Hello Sunshine production company, with Hulu's Little Fires Everywhere set to premiere in March. 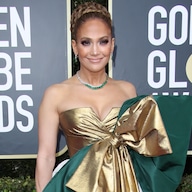 Both of Witherspoon's shows were nominated for Best Drama Series, with the Oscar winner also earning a nomination for Best Actress in a Drama Series, along with her Morning Show co-star Aniston, for her turn as Bradley Jackson in the AppleTV+ series.

And it's clear Witherspoon enjoys working on these shows just as much as audiences love watching them. 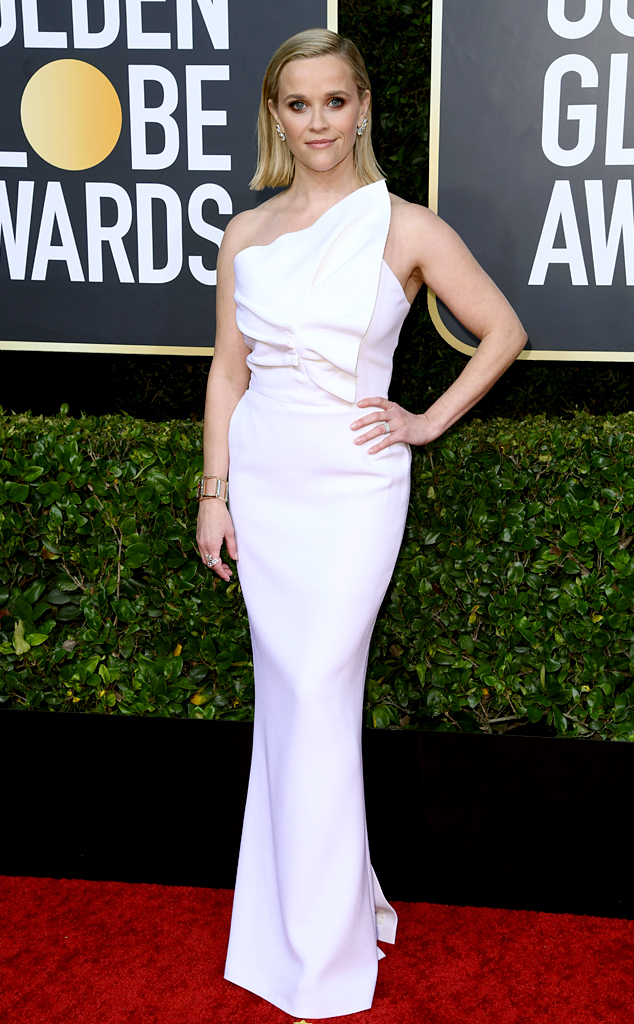 "I'm having the time of my life and I feel so lucky and so grateful that audiences have so many choices and that they're choosing to watch The Morning Show, which is amazing and that they wrapped their arms around Big Little Lies. It feels so good."

Given the massive success and popularity of Big Little Lies, The Morning Show and her upcoming jampacked slate, it's clear Witherspoon has pretty amazing instincts when it comes to choosing projects. So how does she do it?

"I don't know, you know I worked obviously a very long time in this business and really seeing women parts not getting better or evolving," she explained, "So I started reading a lot of books and buying options and it just created this incredible, you know, ability to tell a more dynamic version of what women's lives are, you know, and I think coming from that perspective has been really amazing. I've gotten to work with people like Nicole Kidman, Laura Dern and Meryl Streep and Jennifer Aniston now!"

And she gets to sit with all of them at awards shows, too!