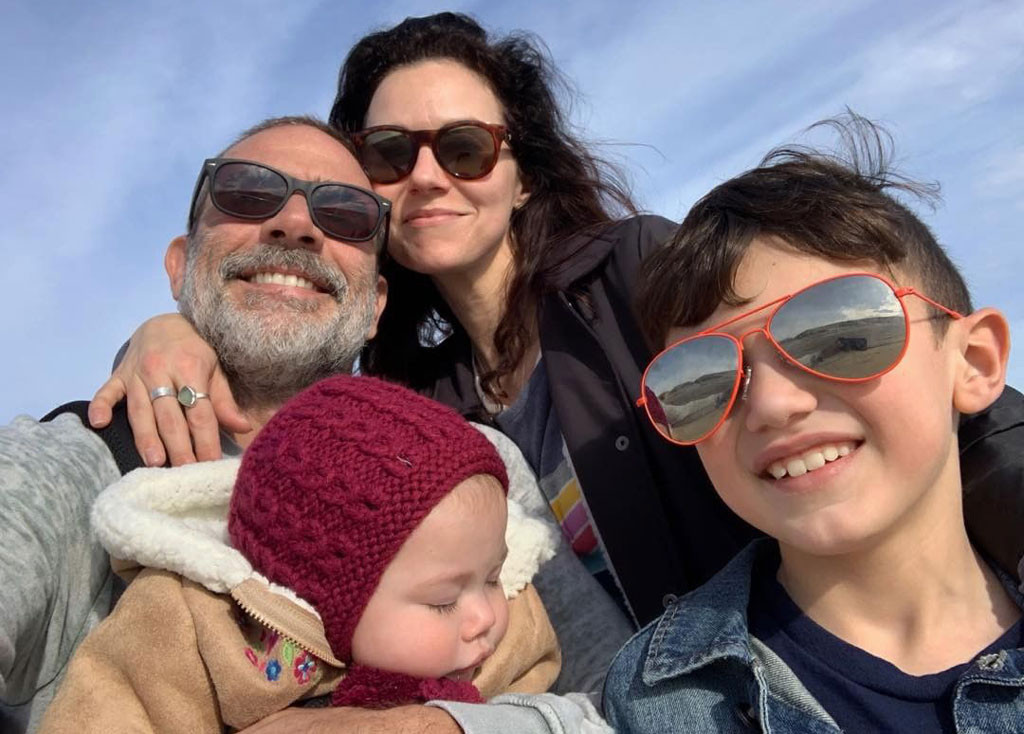 Hilarie Burton and Jeffrey Dean Morgan's love story is one for the ages.

While the One Tree Hill alum and The Walking Dead actor just officially tied the knot in October, their relationship actually began about a decade ago. Over the last 10 years, the couple has welcomed two children together, and as Burton wrote on Instagram Tuesday, their love for each other has "evolved into something so much deeper." As we all prepare to enter 2020, Burton—who shares kids Gus, 9, and George, 1, with Morgan—took to social media to reflect on her on her journey, both personally and professionally.

"Ten years ago, I was pregnant, unemployed, unsure about where I was gonna live or give birth and despite the bravado I may have projected, I was scared," Burton wrote. "My whole life I'd thought I would follow the same path as everyone I'd grown up around. Have a steady job. Get married. Buy a house. Have kids. But the path didn't unfold that way at all." 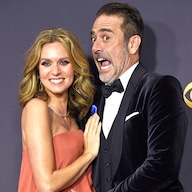 "A decade later, I can look back at my younger self and say 'it's okay, honey! Happiness will surprise you! Let it!'" Burton continued. "2019 was incredibly good to our family. The wedding I thought I wanted when I was 26 was made so much sweeter by waiting."

"My love for @jeffreydeanmorgan has evolved into something so much deeper and golden," she told her fans. "Our children participated and were at our sides for all of it. It was the celebration of an entire decade." 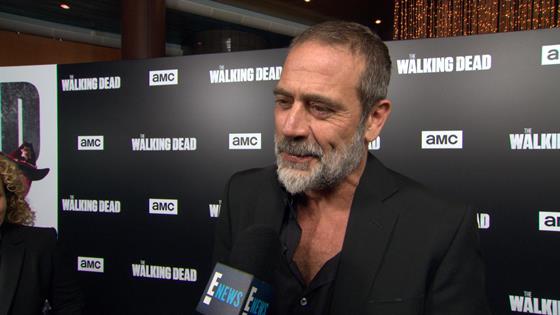 Now Playing
Up Next
Jeffrey Dean Morgan Gives Update on Baby No. 2

Burton told her followers that her "entire decade" can be summed up with the couple's wedding day.

"Happy New Year, everyone. I hope your path is winding and surprising and takes you on a wild ride," the actress wrote. "Biggest Happy New year to @jeffreydeanmorgan , Gus and George. Love isn't a big enough word. Bring on the Roaring Twenties!!!! 2020!"

Take a trip down memory lane with a look back at the couple's romance below! 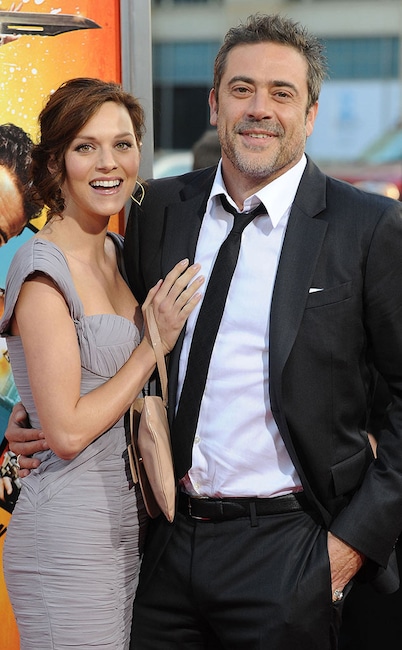 So how did Jeffrey and Hilarie first cross paths? It all started in 2009 thanks to the actor's Supernatural co-star Jensen Ackles, who organized a blind double date for Jeffrey, Hilarie, himself and wife Danneel Ackles.

"I [got lit]. We all did. We ended up back at my house drinking shots of tequila," Morgan recalled during a 2015 interview with the Huffington Post. Jeffrey and Hilarie would make their red carpet debut as a couple in 2010. 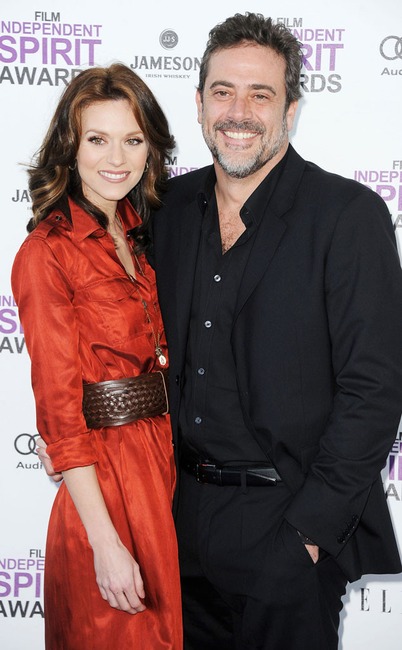 The lovebirds shocked Hollywood when in 2010 it was revealed that the One Tree Hill actress had given birth to a baby boy named Augustus. A source told E! News at the time, "She told friends about her pregnancy back in August [2009] after she had spent a lot of time with Jeffrey on location in New Mexico." 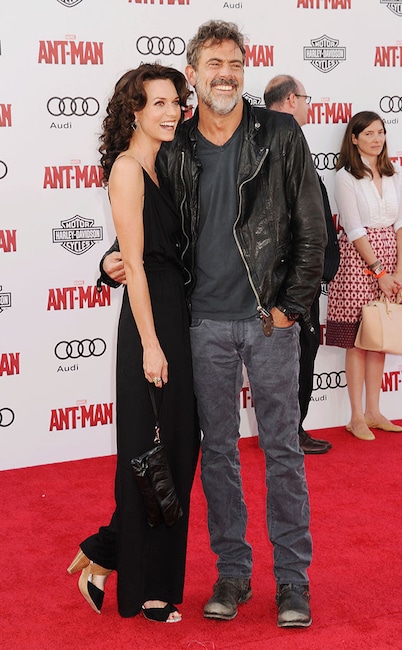 The Joys of Parenthood

"But everything is a first," he gushed. "It's been spectacular... a lot of not sleeping, and then our one adult night we come here. This is our date. Can you believe it?" 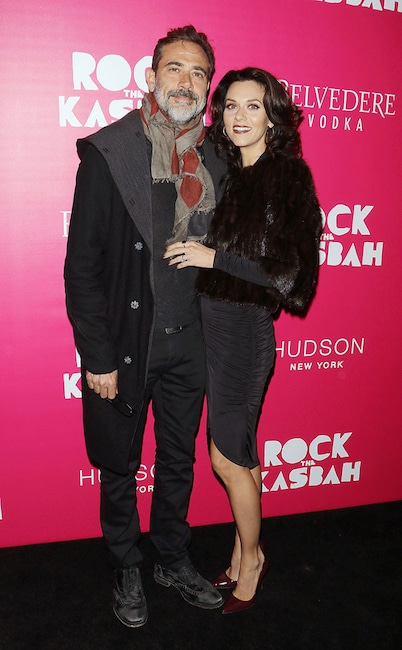 Starting in 2014, the celebs began covertly referring to each other as "husband" and "wife." Despite reports of an undercover wedding, The Walking Dead star denied his leading lady had in fact walked down the aisle to become Mrs. Jeffrey Dean Morgan. 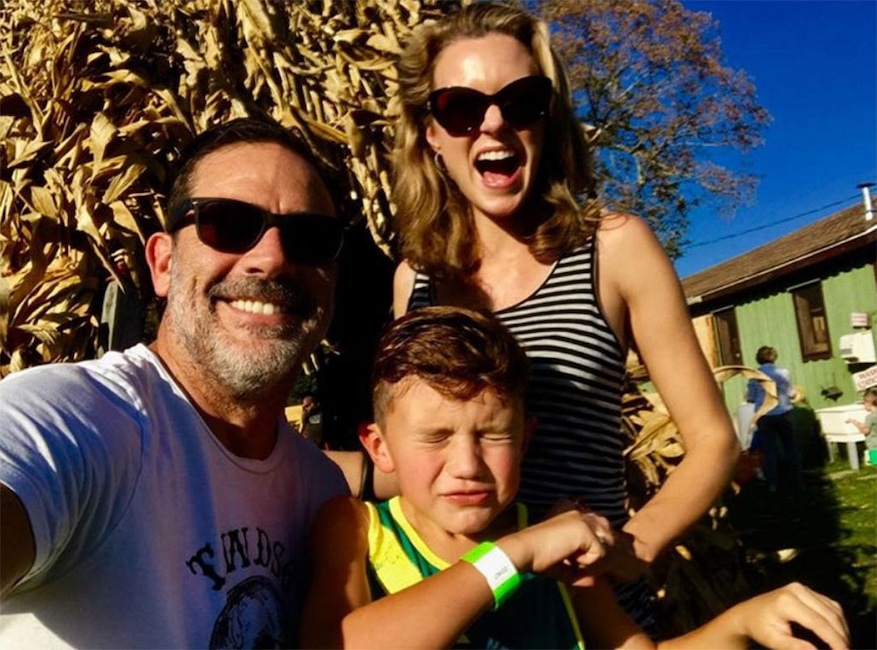 Morgan and Burton left the hustle and bustle of Hollywood for a more quaint lifestyle in the town of Rhinebeck in Dutchess County, New York. There they live on working farm, and as Hilarie explained to Entertainment Weekly in 2014, she spends most days in a "Carhartt flannel and covered in paint and sawdust and muck boots." 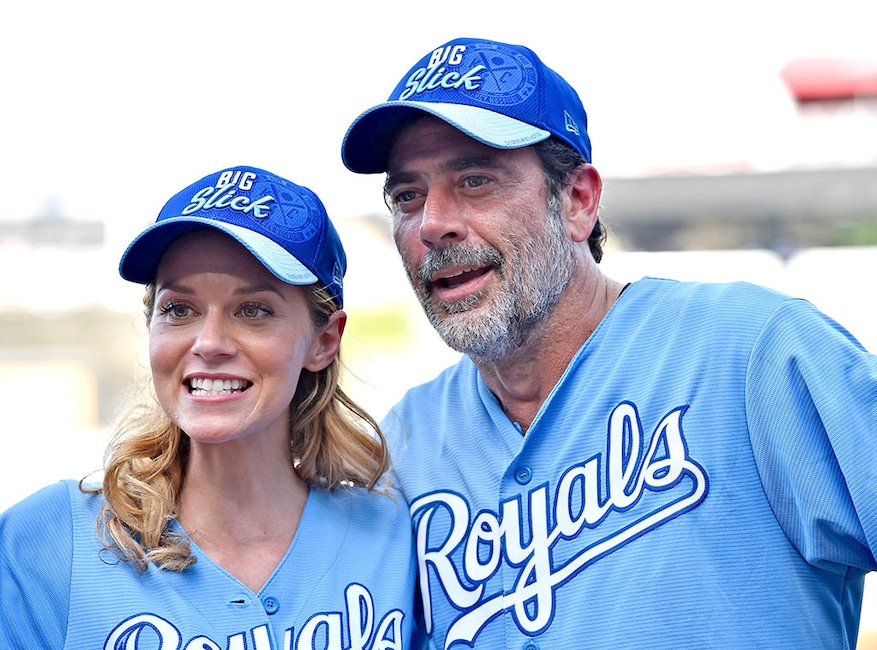 From Couple to Co-Stars

The stars aligned in 2015 when Burton was cast on Morgan's CBS series Extant. He told Zap2It of the coincidental co-starring, "When I took the job the deal was, ‘We'll get you home as much as possible,' and that just hasn't worked out. But Hilarie got a job on Extant, which was fantastic. You'll see her a couple of times throughout the season, so that's one way we've been able to keep the family sort of together." 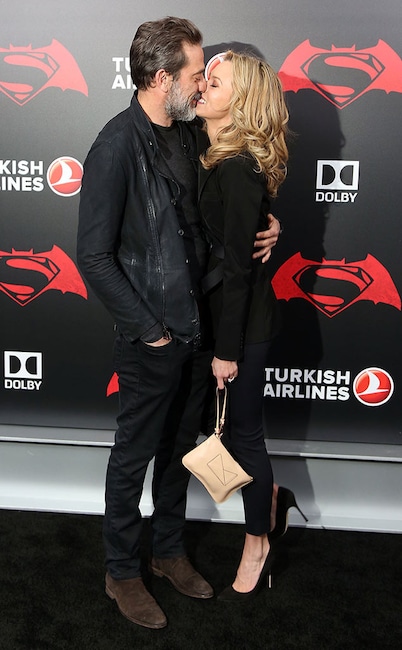 Pictured here at the 2016 premiere of Batman v. Superman: Dawn of Justice, Burton plants a sweet smooch on her handsome date for the evening. 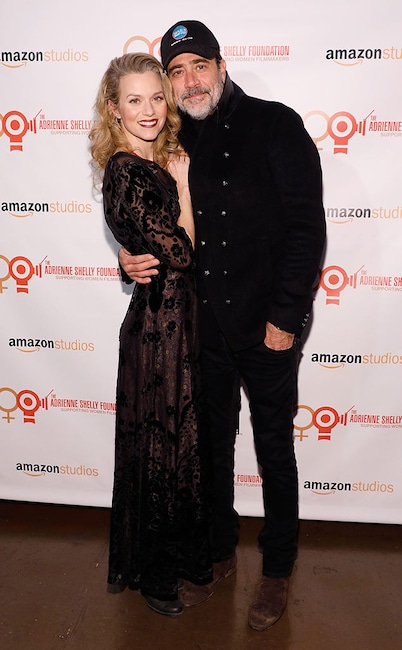 A little-known fact about Jeffrey and Hilarie, they co-own a candy store with Paul Rudd and his wife!

Samuel's Sweet Shop is located in their hometown, and as the actor told HuffPost, "A friend of ours, who owned it for 20-plus years passed away tragically... We own a candy store in upstate New York and we have great coffee and great chocolates." 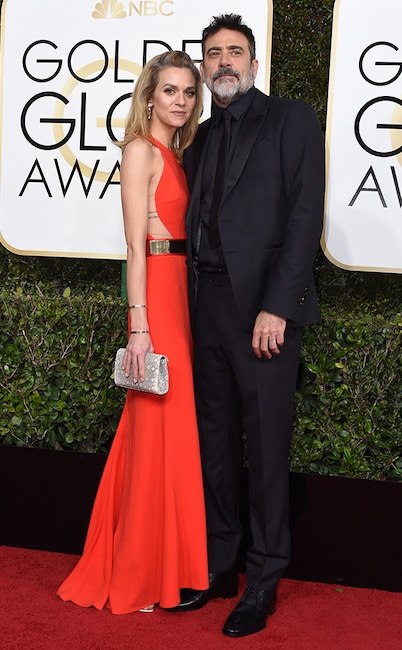 The oh-so private pair stepped out at the 2017 Golden Globes oozing Hollywood glam. Discussing his villainous Walking Dead character with ET, Burton shared, "It's made him good cop at home. He gets all his bad cop stuff out of the way at work and then he comes home and he's happy dad." 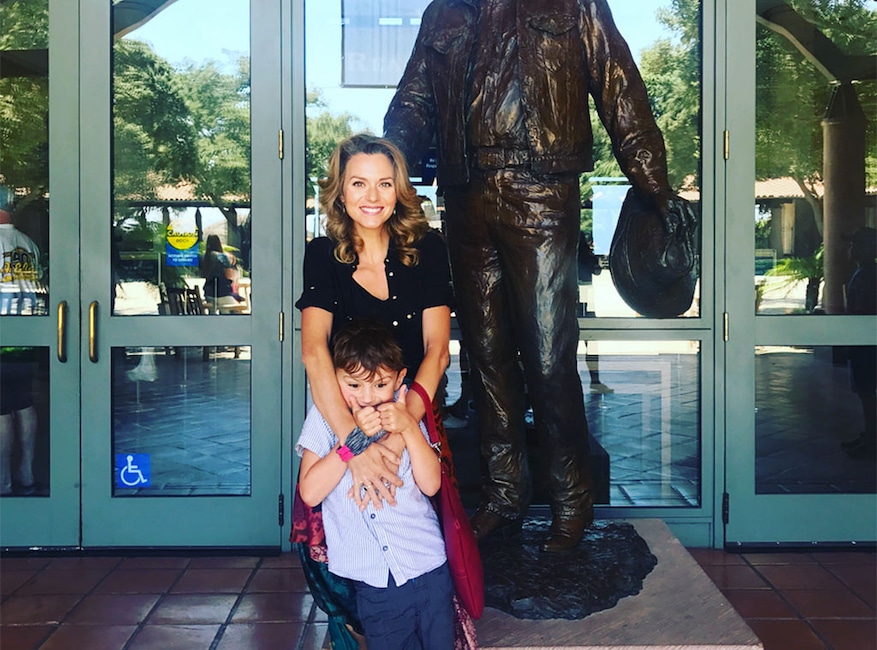 When Gus turned 7, his proud mama wrote on Instagram, "Gus is a Titanic freak, so went to Reagan Presidential Library for the Titanic exhibit. Such a great day. Birthday adventures with my boy!" 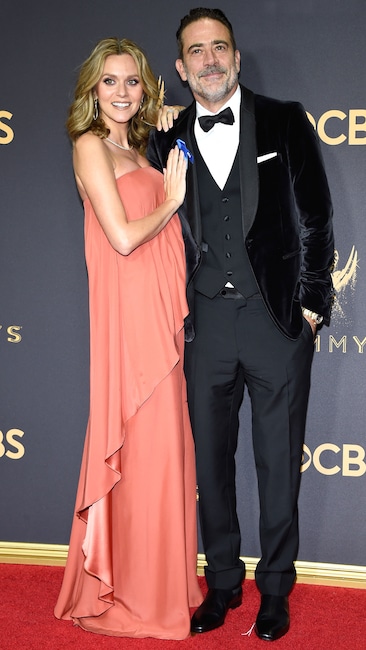 At the 2017 Emmy Awards, Morgan hardcore hinted that a second bun was in Hilarie's oven. They ultimately confirmed that their family was growing, and Morgan let it slip that they're expecting a little girl! 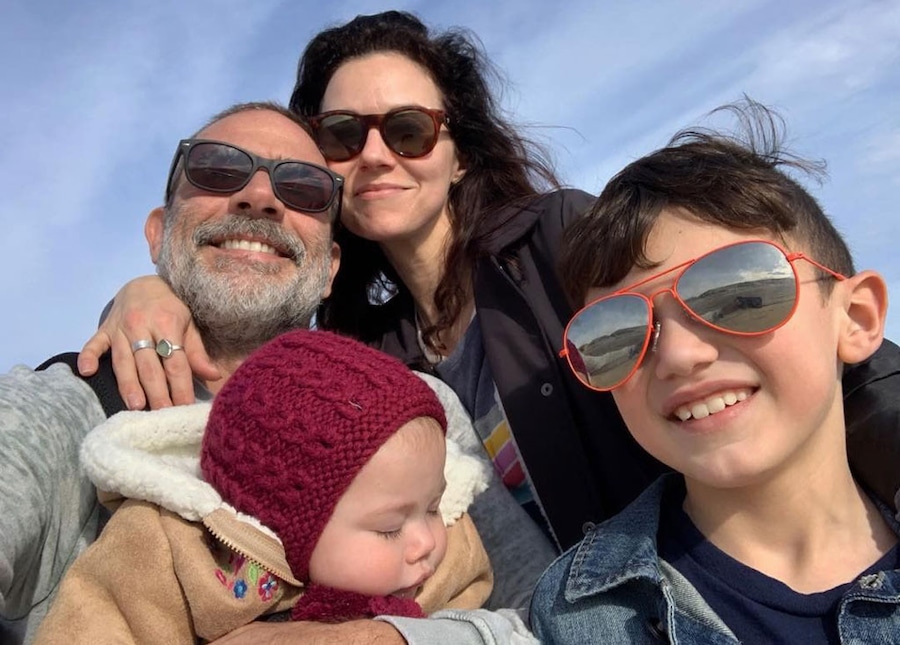 In March 2018, Morgan confirmed that their baby girl had arrived. "Hey y'all... baby gal morgan is spectacular," the actor tweeted. "We just respecting her wishes for laying low a bit longer. But we super appreciate all the well wishes n stuff. Thank you. Xojdhilgusandbabygal." 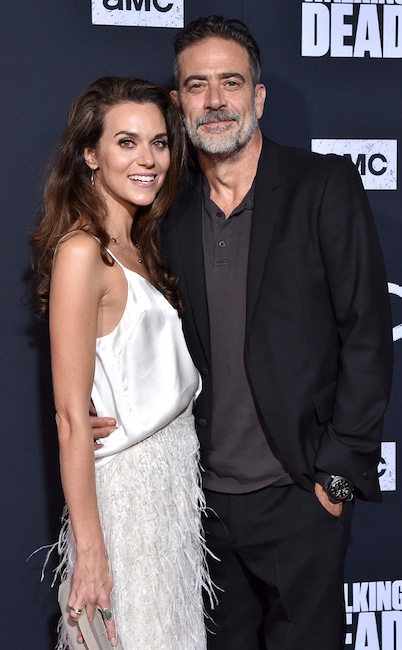 "I just want to put it out there that WE GOT MARRIED! For real," Burton announced on Instagram in Oct. 2019. "We've lived as husband and wife for a decade. We've built a family, and a farm and found our community. For years, publications have reported that we got married in 2014 or 2015 and that I've been married and divorced before. All untrue. But WE knew our truth. So it felt silly to try and correct anything."