How The Aeronauts Drastically Changed the Real-Life Story 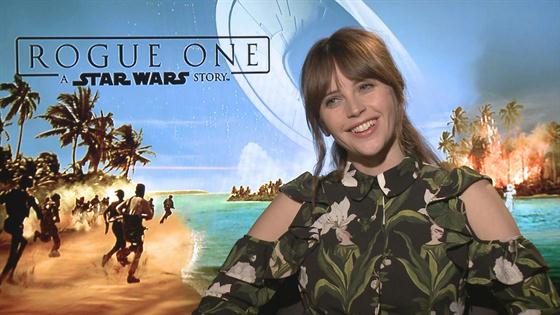 Now Playing
Up Next
Felicity Jones Takes the E!Q in 42

If you've heard that phrase and/or it makes you laugh, it's likely because you listen to Who? Weekly, the pop culture podcast, with that lines from The Aeronauts trailer instantly becoming a running joke for the hosts and their listeners. But it's also an ironic line to be featured in the trailer for the new Eddie Redmayne and Felicity Jones film, which came out on December 6 and tells the incredible real-life story of James Glaisher (Redmayne), a British man who soared higher in the sky than any person before him in a hot air balloon in 1862.

Jones plays Amelia Wren, a rare female aeronaut and Glaisher's co-pilot for the history-making ascent. It's an inspiring tale...but it's also not true, as Wren is not an actual person, with the creative team behind The Aeronauts choosing to not including the the actual person who worked by Glaisher's side (and saved his life): Henry Tracey Coxwell. So yeah, a woman really didn't belong in The Aeronauts' movie balloon! 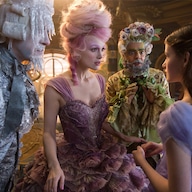 In an interview with USA Today, the film's director Tom Harper defended the major change to the real-life, explaining, "We change all sorts of things all the time. There would never have been an Indian man [played by Himesh Patel] in the Royal Society. But representation is important, and we are cutting this film for a modern audience."

Jones also addressed the creation of Amelia, revealing she was a "an amalgamation" of the best female pilots, and was inspired by one specific French aeronaut named Sophie Blanchard.

"She was the first woman to fly solo and fly at night and she used to set off fireworks from her balloon," Jones. "So I very much had her in my mind as I was making it." 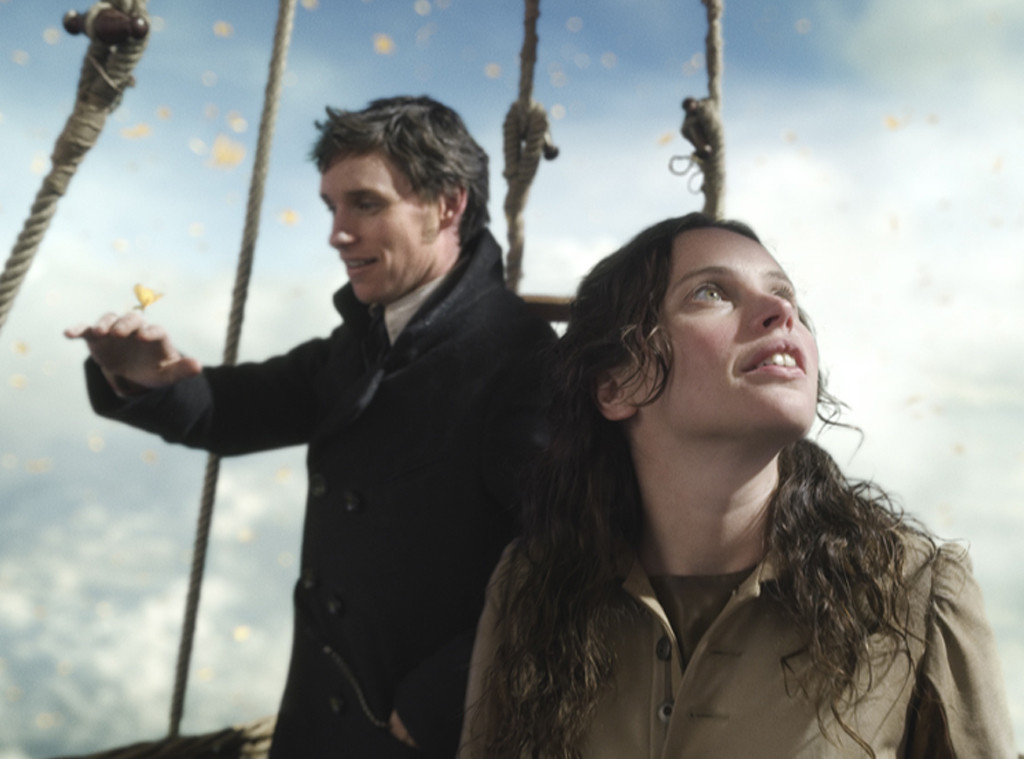 it was also who Harper and his co-writer Jack Thorne had in mind for Amelia when they made the decision "very early on" to make the character a woman and someone who was "quite different" from the real-life meteorologist.

"She was such a flamboyant firecracker. She was driven, primarily, by instinct," he explained to Forbes. "So, I thought if I took those two characters, it could be something quite remarkable."

Plus, as Harper succinctly put it to THR, "Two men in a basket not talking to each other was not going to fly."

He does have a point, as history (and its retelling through movies) tends to favor male protagonists.

"I think the problem with telling historical dramas is there's kind of a bias towards men because there's a gender bias in so many fields—science and the film industry for sure," he told The Hollywood Reporter. "So given the opportunity to work towards better representation, I think it's something that we embraced and, I think, we all need to do much more of. When you're not trying to make a documentary, why wouldn't you take a great female character and put them in the basket as well as a male character?" 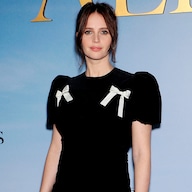 Felicity Jones Is Pregnant With Her First Child

Still, the decision to completely remove Coxwell, who actually continued their trek 38,000 feet in the air when Glaisher passed out, essentially saving their mission.

"It's a great shame that Henry isn't portrayed because he performed very well and saved the life of a leading scientist," Keith Moore, the Head of Library at the Royal Society, told The Daily Telegraph about the change.

As reported in their piece, Coxwell ended up saving Glaisher's life, as well as his own, when he climbed up to release a trapped valve in the balloon's rigging when they were just seven miles above sea level and at -29C. And the BBC reported, "Mr. Coxwell's hands were black with frostbite, so he used his teeth to release the gas valve." 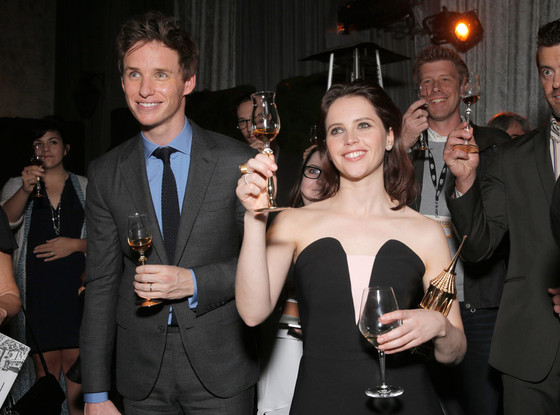 Aside from adding in a female empowerment storyline into the film, the decision may also have been made to reunite Redmayne and Jones, who starred together in 2014's critically acclaimed The Theory of Everything, which earned them both Oscar nominations and a win for Redmayne for his portrayal of Stephen Hawking.

"The thought of building on what we'd already established in Theory of Everything, I think, gave us an enormous confidence," Jones, who is expecting her first child with husband Charles Guard, told THR of re-teaming with Redmayne. "To go on that adventure with someone that you already had built a trust, a love, an affection with and the ability to admit mistakes—I think it's when you can take the ego out of a creative dynamic and make it so much more personal that you get a grateful, strong working relationship."

The film is based on Richard Holmes' 2013 book Falling Upwards: How We Took to the Air, and actually combined a few real-life events from the history of ballooning to put together the epic flight depicted in the film.

"I read some more stories and decided we could combine a number of different flights into one so we could have this white-knuckle, roller coaster ride where you get to see all these amazing things happen," Harper told Forbes. "Pretty much everything that happens in the film is real, it just so happened at different times."

In conclusion: sorry to this man, Henry Coxwell, but this woman did belong in this balloon after all.

The Aeronauts is now playing in theaters and will be available to stream on Amazon Prime on Dec. 20.