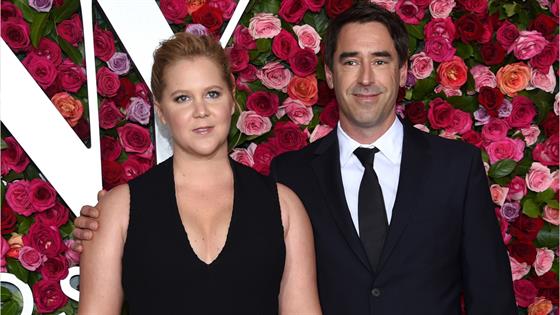 Amy Schumer is a mom!

"Texas I am so deeply sorry. I have been really looking forward to these shows. I have to reschedule. I am in the hospital," she wrote to her fans on social media, sharing a picture from her hospital room. "I'm fine. Baby's fine but everyone who says the 2nd trimester is better is not telling the full story. I've been even more ill this trimester. I have hyperemesis and it blows. Very lucky to be pregnant but this is some bullshit! Sending so much love to the doctors and nurses taking great care of me and Tati! They are cool as hell! And Texas I am really really sorry and I'll be out there as soon as I'm better." 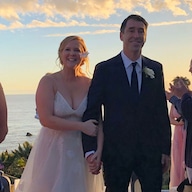 Kate Middleton is another public figure who suffered from hyperemesis gravidarum during her pregnancies.

Shortly before the New Year, Schumer shared a video of herself throwing up while out walking on Christmas.

"And so this is Christmas," Schumer captioned the post.

And so this is Christmas 🎄

Schumer announced her pregnancy at the end of October on her friend Jessica Yellin's Instagram, writing "I'm pregnant—Amy Schumer" on a list of her candidate recommendations for voters for the midterm elections.

Before the reveal, Schumer teased her followers about the exciting announcement by sharing a photoshopped picture of Prince Harry and Meghan Markle, who are also expecting their first child together.

Schumer also joked to The Times, "Chris and I are thrilled and almost positive he's the father. I look forward to competing with Markle every step of the way." 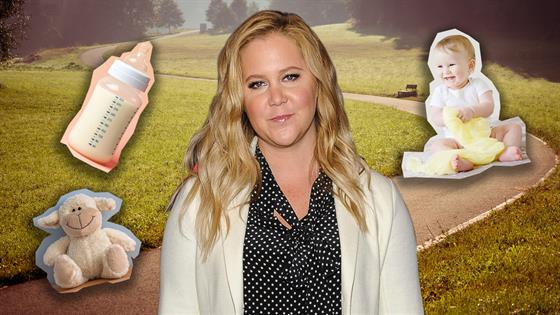 Now Playing
Up Next
Amy Schumer's Road to Motherhood

In early 2018, Schumer married chef Fischer in a surprise ceremony in Malibu. On Feb. 15, Schumer confirmed the marriage with a series of photos on social media, which she captioned, "Yup."

Schumer and Fischer first went public with their relationship just days before their ceremony. The actress confirmed the romance rumors by sharing a photo of her and Fischer kissing in a photo booth at Ellen DeGeneres' star-studded birthday party. 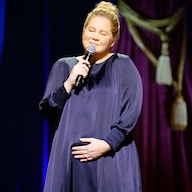 All Grown Up: How Amy Schumer Fit Pregnancy and Married Life Right Inside Her Wheelhouse

In her new Netflix special, Amy Schumer Growing, the 37-year-old star opens up about her personal life, including her marriage to Fischer.

"I knew from the beginning that my husband's brain was a little different than mine," Schumer says. "I have to start this over because I really want to get this right because I love him very much."

"My husband was diagnosed with what used to be called Asperger's. He has autism spectrum disorder. He's on the spectrum," Schumer continues. "And there were some signs early on."

"Once he was diagnosed, it dawned on me how funny it was, because all of the characteristics that make it clear that he's on the spectrum are all of the reasons that I fell madly in love with him," Schumer tells the audience in her hour-long special. "That's the truth. He says whatever is on his mind. He keeps it so real. He doesn't care about social norms or what you expect him to say or do."

Thanks for having me on @latenightseth and I’m so thrilled that so many publications had women write reviews for my special! 👊🏼💪🏾Chris and I are overwhelmed but the love and support from this special. I’m so grateful and proud as hell. Thank you for posting about it! I’m reading them all! Thanks for my makeup @andrea_tiller and my hair @cailenoble and my dress @chloehartstein and the costume dept for my fake bump!

Schumer later explained to Seth Meyers on Late Night, "That's why we both wanted to talk about it because it's been totally positive. I think a lot of people resist getting diagnosed and even with some of their children because of the stigma that comes along with it, but you're not just diagnosed and then they throw you out. Hopefully, if you can get help, the tools that we've been given have made his life so much better and our marriage and our life more manageable and so, I just wanted to encourage people to not be afraid of that stigma."

Congratulations to the couple on the arrival of their baby!