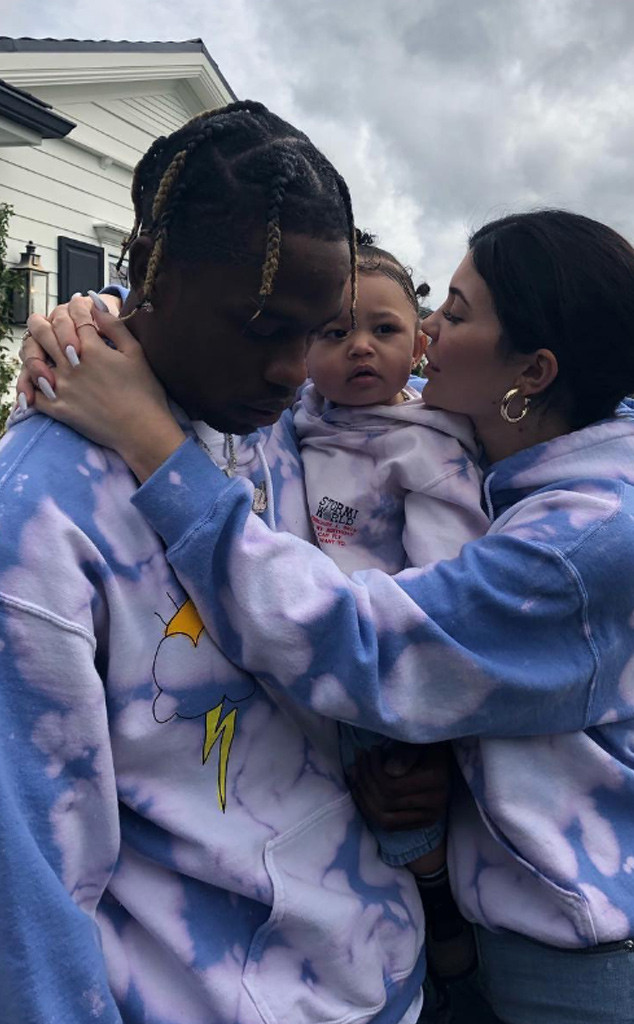 Kylie Jenner and Travis Scott have made their relationship just a tad more permanent.

No, we're not talking about an engagement ring (yet).

Kylie threw Travis an over-the-top 28th birthday bash that included a new Lamborghini, a cake shaped like a Nike shoe as well as copious amounts of tasty food. The parents of 15-month-old Stormi Webster also got matching tattoos together, but those specific designs have been kept a secret.

On Saturday, the tattoo artist JonBoy (Jonathan Valena), who is beloved by many celebrities including Hailey Bieber and Kendall Jenner posted a video on his Instagram page of Kylie giving her "hubby" a tattoo on his upper arm near his shoulder.

He captioned it, "T.S. [heart emoji] K.J." Perhaps that's a hint as to what their tattoos actually say? There isn't much dialogue in the video, except for the Kylie Cosmetics owner squealing at one point. But she keeps her cool and her hand seems steady enough to keep going with the mystery design. 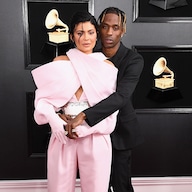 JonBoy has done a number of tattoos on the birthday boy and some of his friends. The tattoo artist also shared a picture of the Astroworld rapper posing with Kid Cudi as they both show off their matching ink that says "RAGER" on their hands.

Kylie's brief foray into tattoo art was just the latest in her grand displays of affection for Scott on his birthday. On April 30, the 21-year-old uploaded a series of photos of the two of them as well as pictures with Stormi. Kylie praised how he is as a father and talked about how much she loves him.

"Watching you evolve into the partner, friend, son, and father you are today has been so fulfilling," she wrote. "my real life bestie & hubby all wrapped into one. i love you and I'm so so proud of you."

She added on a bit of a NSFW note, "happy happy birthday. let's f--k around and have another baby."

The "Sicko Mode" artist clearly appreciated the post and commented, "I love u mama/Wifey. We shall rage 4ever."

The tattoo, birthday bash and social media posts weren't all! Kylie redefined "public display of affection" as she designed a billboard in West Hollywood to wish her boyfriend a happy birthday. The billboard had one giant picture of Stormi and then another photo of the mother and daughter.

Right before that, she nabbed a private screening of Avengers: Endgame at a theater in Westlake Village, Calif. where they all dressed up as their favorite Avengers.

From Coachella and Sunday Service to billboards galore, there's no stopping these lovebirds.

"They are head over heels in love right now and obsessed with their family life with Stormi. Having Travis on tour wasn't easy, but now that they have been reunited, they are stronger than ever," a source said after Travis' party. "Kylie shows her love by going big and going all out. She wanted Travis to know just how much she loves him. This was the ultimate birthday gift she could give to him. He will never forget it."

Keeping Up With the Kardashians returns in March 2020, only on E!