Black History Month is here and it's time you add a new show to your queue.

The annual observance and celebration of the achievements of African-Americans in US history includes significant contributions by those who operate behind-the-scenes creating some of our favorite comedic and dramatic TV shows.

The most recent UCLA releases a Hollywood Diversity report, a resource that identifies the prevalence of women and minorities in front of and behind camera, showed that minority-created shows are significantly underrepresented compared to their white counterparts.

However, the report thankfully shows an upward trajectory of more minority-run shows that allow us to experience a wider spectrum of voices.

Today, we're celebrating some of the hilarious sitcoms and sketch shows, frightening thrillers and compelling dramas that are helmed by black creators to celebrate. 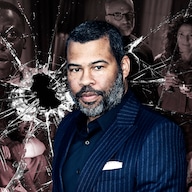 Check out some of our favorites below and how you can watch them right now! 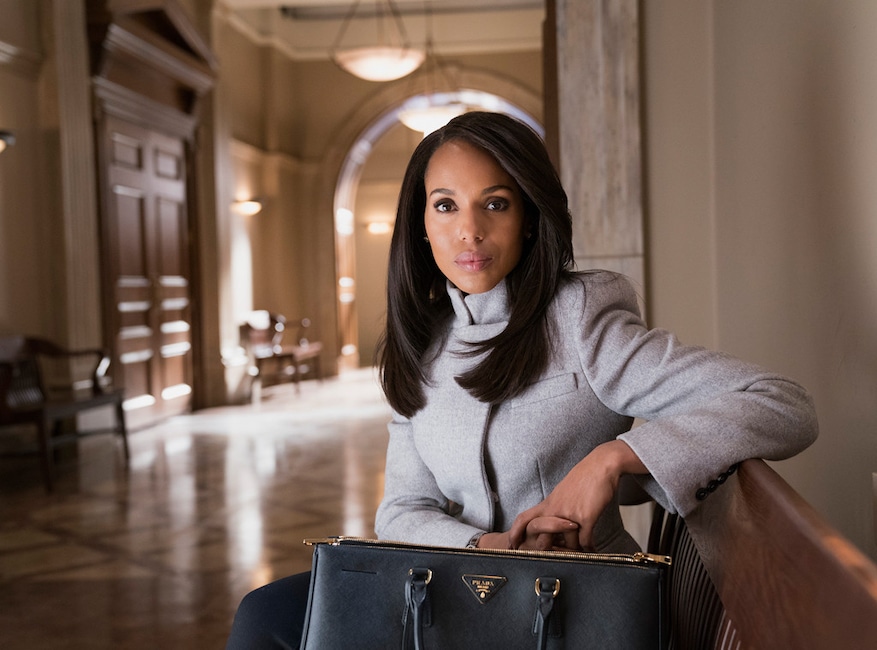 No one dominated network TV like Shonda Rhimes, who at one point had so many successful shows on air that ABC dedicated their Thursday lineup (#TGIT) for her juicy dramas.

That included Scandal, the Kerry Washington-led series that followed Olivia Pope, a D.C. crisis management consultant, as she navigated her client's intense cases and her own personal life, which included a secret romance with the President of the United States. 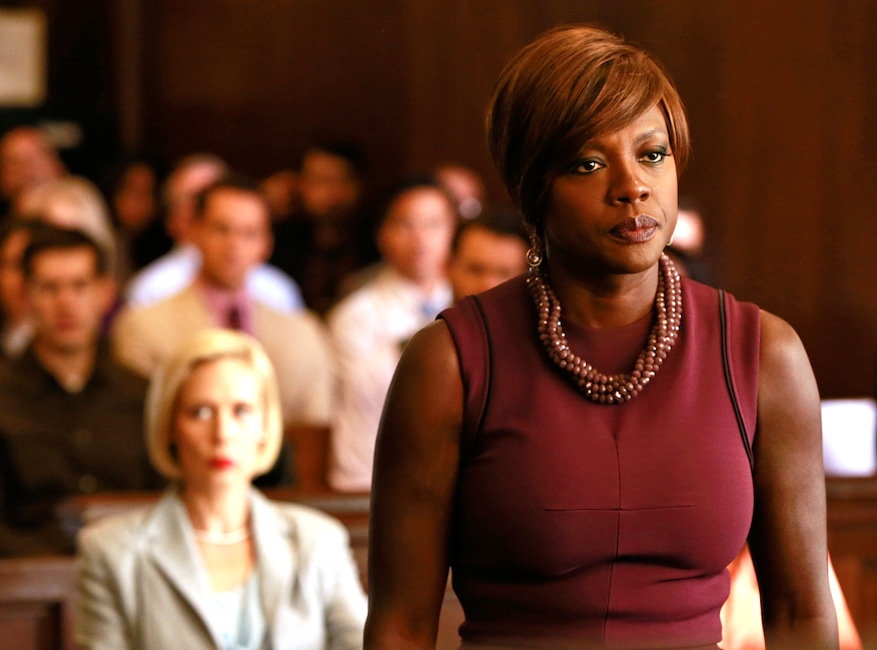 How to Get Away with Murder

Yet another show from Shondaland, How to Get Away with Murder may be the most dramatic and mysterious of the #TGIT offerings.

It follows Annalise Keating (Viola Davis), a defense law professor whose students are eager to land one of her coveted internships.

Learning from Keating isn't just to help pass the bar, though, as the students wind up a part of a murder mystery where knowing the law (and how to bend it) may be the only thing keeping them out of trouble.

Where to Watch: Netflix; Hulu 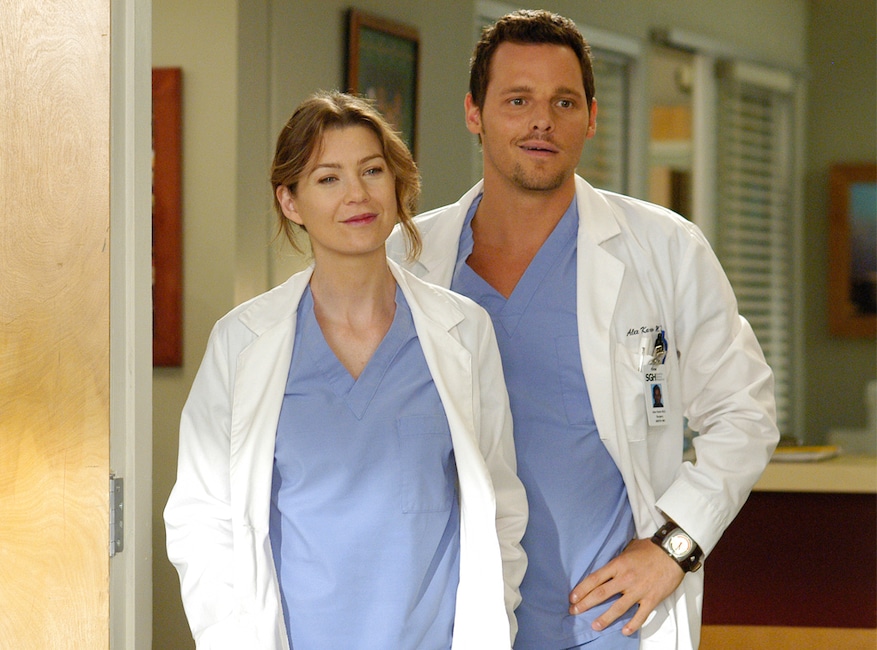 Rhimes first, and longest-running, show Grey's Anatomy follows a group of interns and doctors at Seattle Grace Mercy West Hospital and how their professional and personal lives intersect.

Where to Watch: Netflix; Hulu 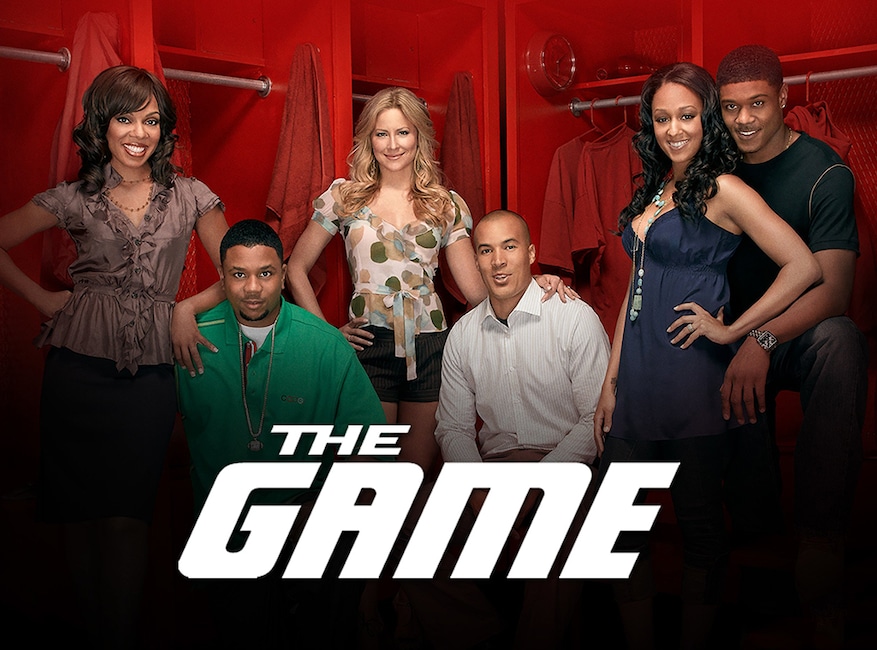 Mara Brock Akil, the super-producer behind Girlfriends and the current CW series Black Lightning, created the record-shattering series The Game in 2006 and saw it run for a whopping nine seasons.

The show ran on the CW for its first three seasons and nearly disappeared after its cancellation, but when BET scooped up the series for new episodes in 2011, it broke records as the highest-watched cable sitcom premiere with 7.7 million people tuning in. The series, which intercut humorous on-stage bits with funny sketches, even beat out heavyweight Saturday Night Live for an Emmy in 2016. 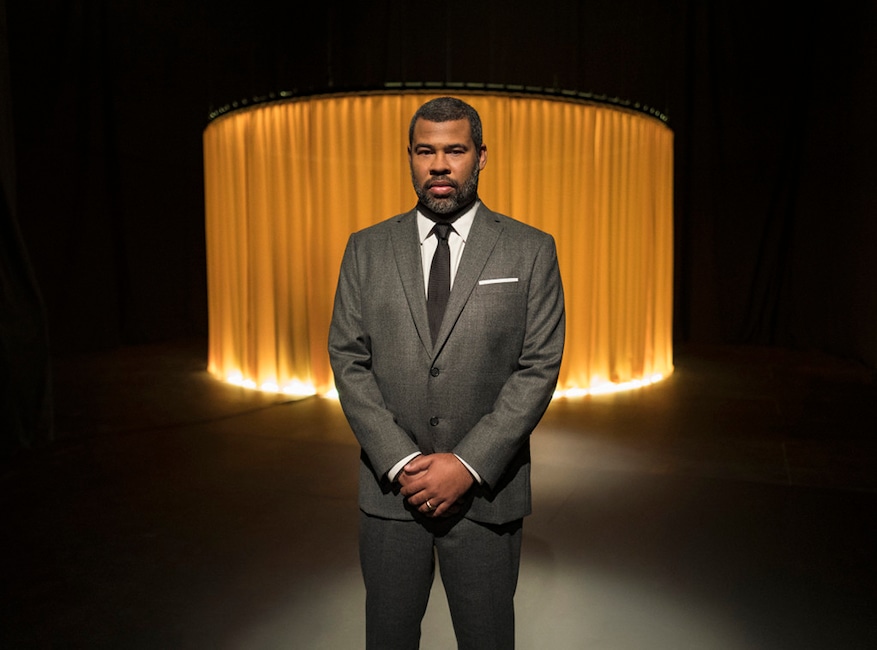 Going from Key & Peele to becoming a horror auteur may sound like an odd pivot for Peele, but the comedian's long-time interest in horror captivated us all with his Oscar-winning film Get Out in 2017.

So, it's fitting that he then went on to co-create The Twilight Zone's reboot at CBS in 2019. The anthology series is a mix of science fiction, mystery and horror that is perfect for any fan looking for a scare. 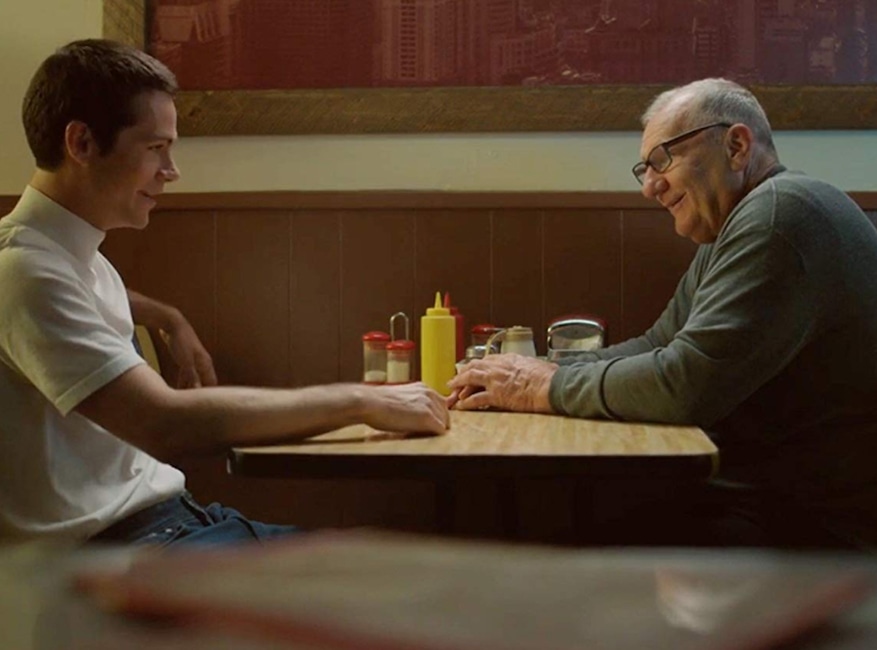 Weird City, a digital show by Peele, was the perfect blend of the filmmaker's comedic roots and current space in the sci-fi/horror genre.

The YouTube Premium show surrounds the city of Weird, where society is literally halved between the Haves and Have-Nots.

Starring a cast of familiar faces like Awkwafina, Michael Cera, Rosario Dawson and more, it's a fun show to binge in lieu of the cat videos we're typically watching on YouTube.

Where to Watch: YouTube Red, but you can watch the entire first episode here 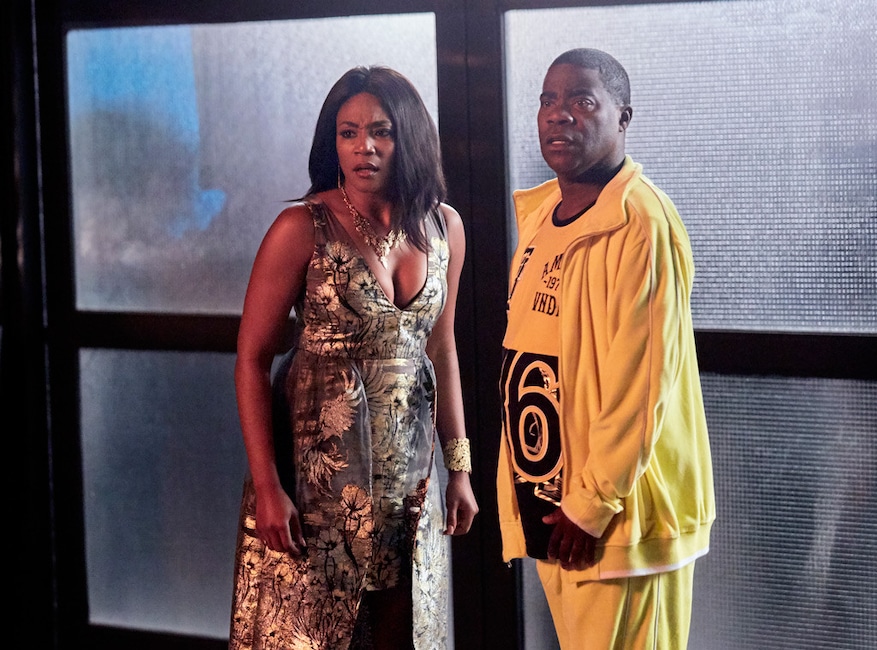 Peele and Tracy Morgan serve as co-creators on the TBS series The Last O.G., which also stars the latter.

The funny series follows Morgan's character Tray, who is shocked to find how much the borough of Brooklyn and his family have changed after serving 15 years in prison.

When he learns that he has two kids from his ex-girlfriend, who has moved on, he vows to get his second chance and be a part of their lives. 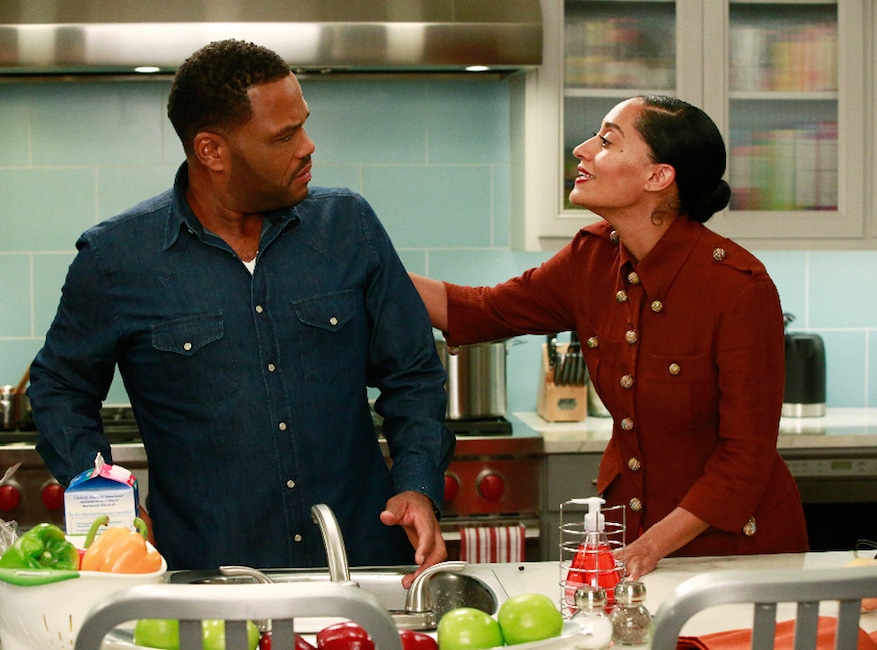 Kenya Barris created black-ish, a comedy show surrounding the Johnson family and patriarch Dre's concerns that his success has created too much cultural assimilation for his family.

The show's ability to tackle classic sitcom situations, like family hijinks or annoying in-laws, with weightier issues, such as police brutality and the N-word, is part of why it has been an Outstanding Comedy Series nominee at multiple Primetime Emmy Awards. 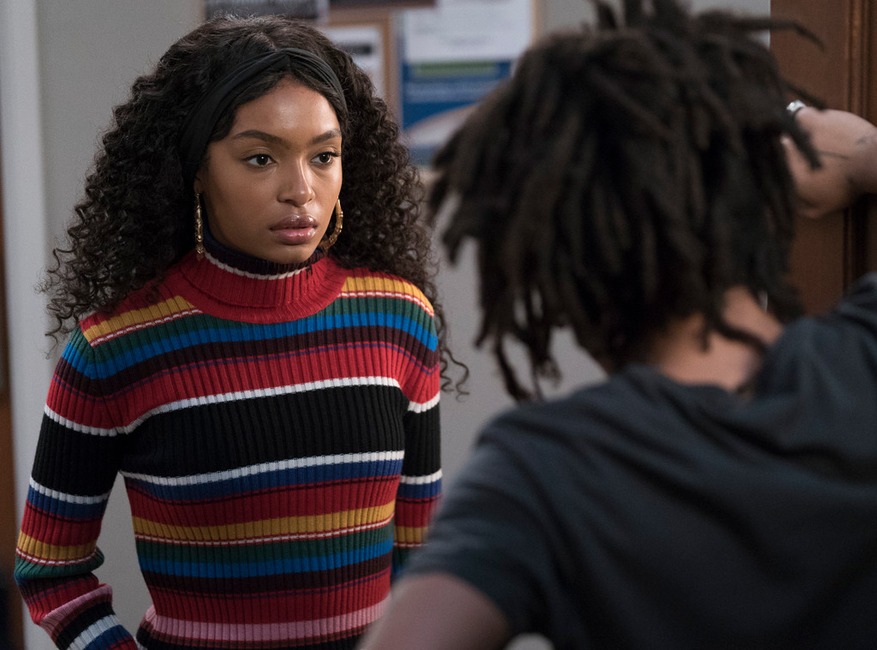 After watching Zoey Johnson (Yara Shahidi) on black-ish, it was exciting to watch her go off to college on her own spin-off.

In grown-ish, Zoey explores the trials and tribulations of college and being on your own for the first time. 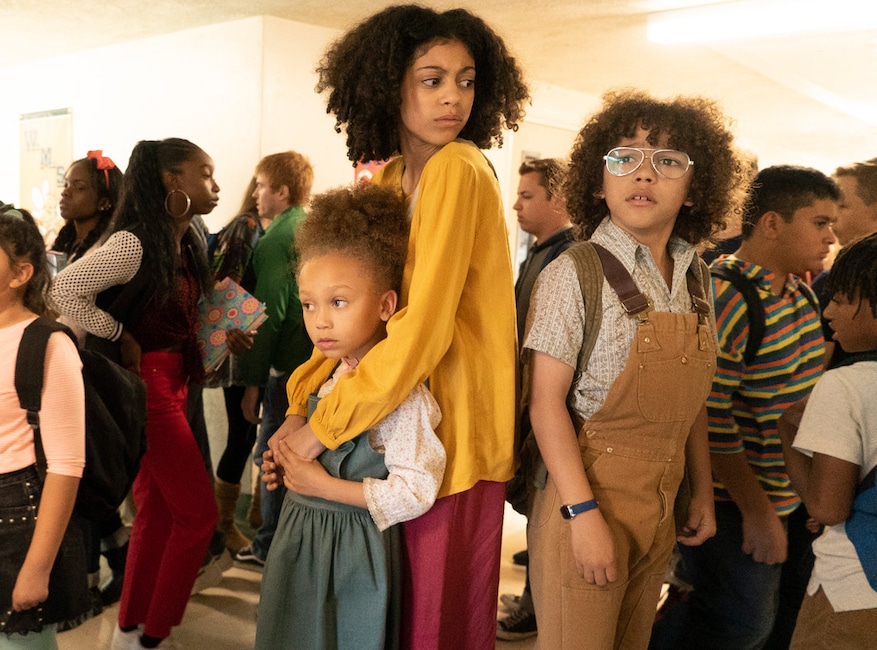 The -ish universe expanded this past year when another spin-off, mixed-ish, premiered in September.

The show is all about Rainbow Johnson (Tracee Ellis-Ross) and her upbringing during the '80s, weaving in both nostalgia from the time period with the real issues her character faced when it came to being true to herself or feeling like she needed to assimilate to fit in. 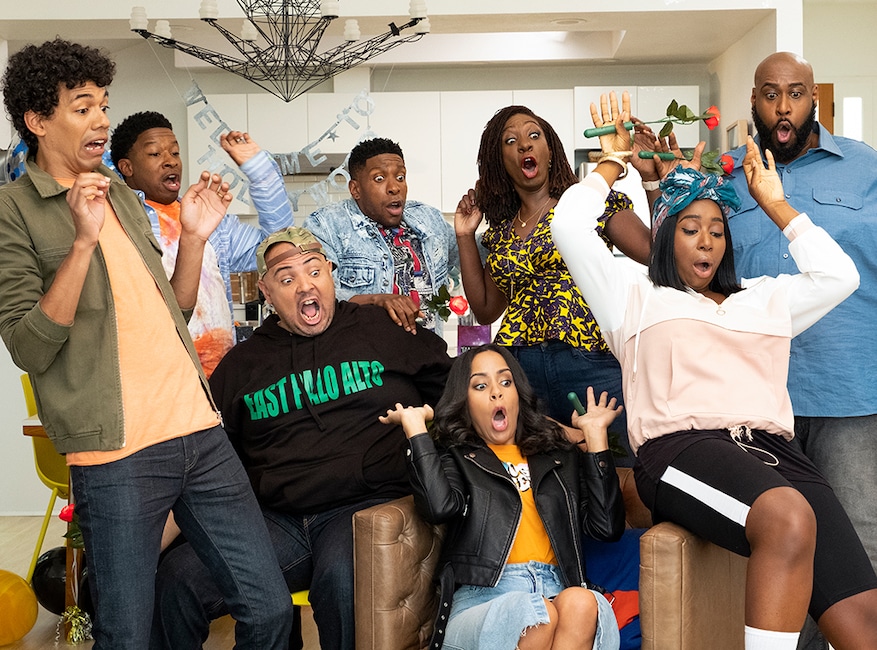 You've probably heard of the Upright Citizen's Brigade theater, where comedic talents like Amy Poehler and Donald Glover trained, and know that some seriously funny people come out of the institution.

That's the case with Astronomy Club, the first all-black house sketch team that formed at the theater, and you can see them in action on the series Astronomy Club: The Sketch Show.

The show is one of of Barris' developments as a part of his major deal at Netflix and the smart and absurd humor in the show will keep you laughing for all six episodes. 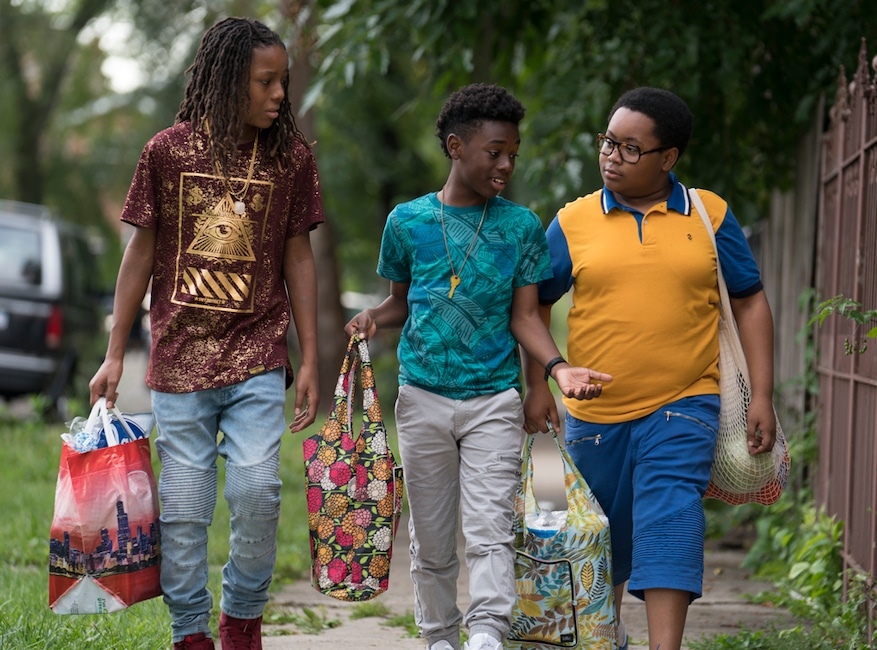 The season three trailer just dropped for Lena Waithe's coming-of-age series The Chi, but with a July 5 premiere date there is still plenty of time to catch up with the show if you haven't been watching.

The series follows Brandon, Kevin and Emmett as they navigate a tough neighborhood of Chicago, where everyday decisions can have life or death consequences.

Where to Watch: Showtime 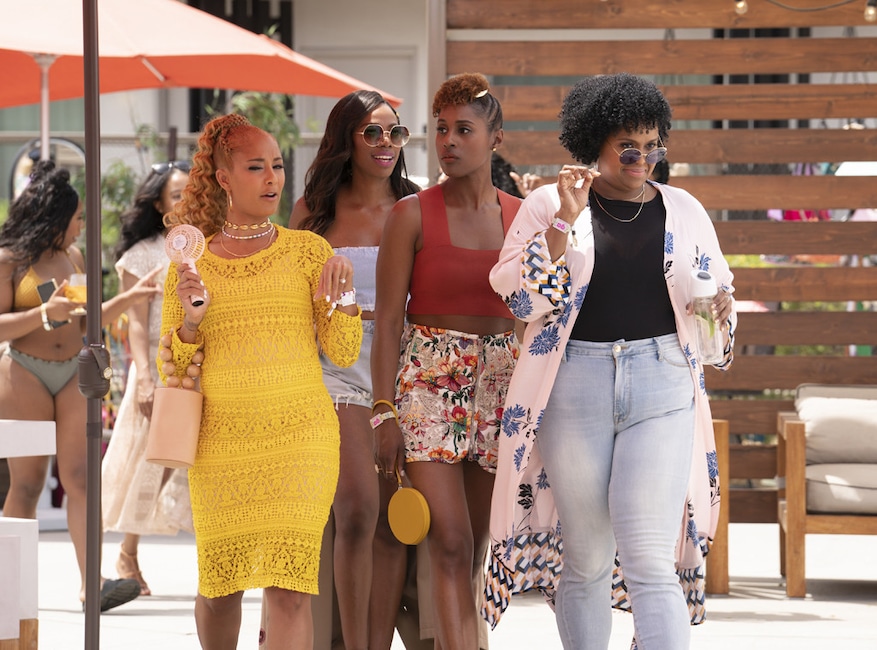 Issa Rae and Larry Wilmore co-created the HBO series Insecure, which follows the characters and friends Issa and Molly as they navigate their insecurities and flaws in everyday interactions.

The hilarious show that features a strong, healthy female friendship is currently going into its fourth season.

Where to Watch: HBO 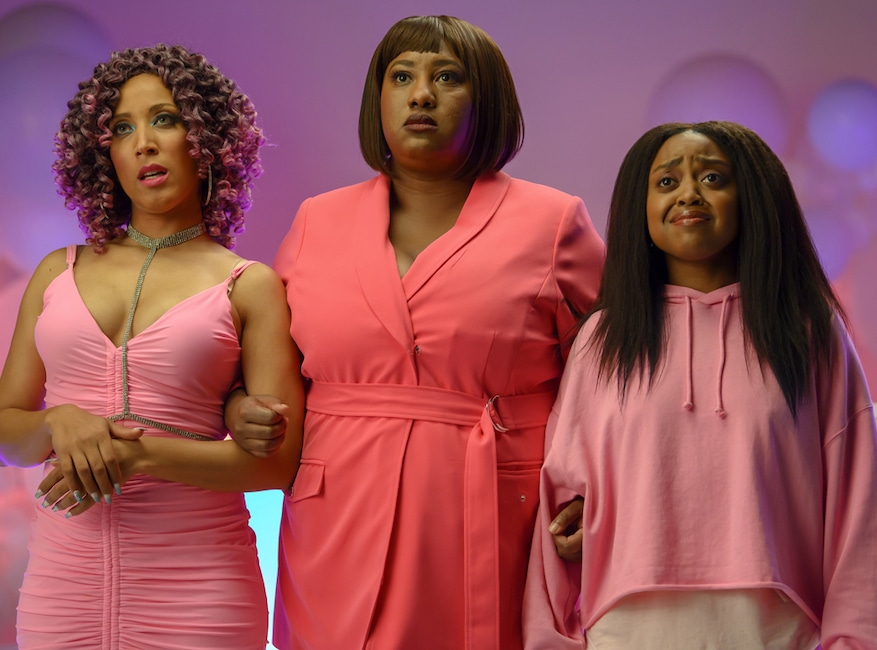 If you haven't heard, sketch comedy shows have made a comeback, and Robin Thede's Black Lady Sketch Show is one of the best that is new to the space.

The main cast includes Thede, Ashley Nicole Black, Gabrielle Dennis and former Buzzfeed talent Quinta Brunson who skewer everything from divorce parties to dealing with people in the apocalypse.

The show has also been renewed for a second season.

Where to Watch: HBO 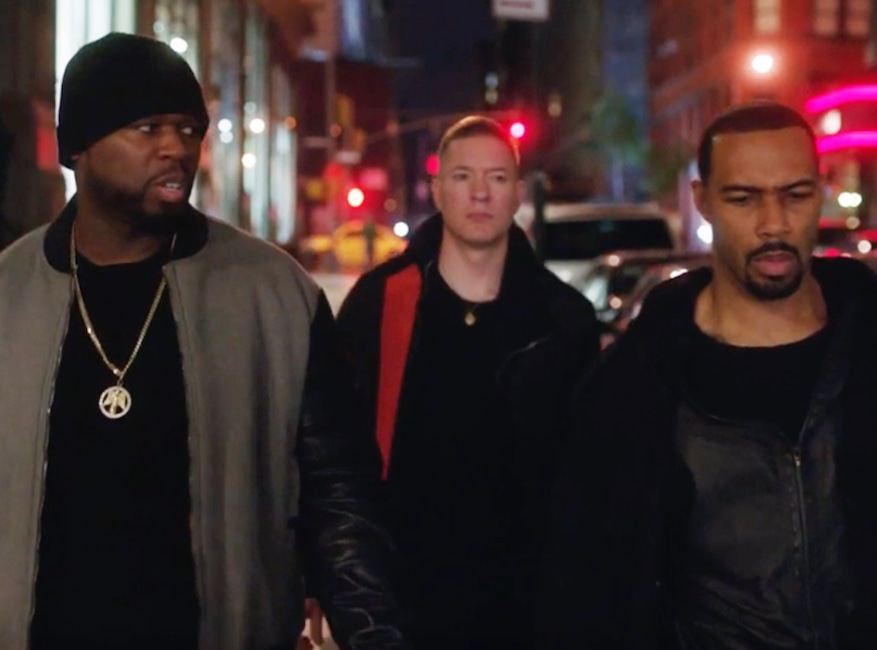 This crime-drama series surrounds James St. Patrick (Omari Hardwick), who is trying to leave behind the world of dealing drugs to run a nightclub.

Of course, that doesn't mean his past won't come to haunt him.

The series, which was created by Courtney A. Kemp, won at the NAACP Image Awards last year, swooping up a trophy for Outstanding Drama Series.

Where to Watch: Starz 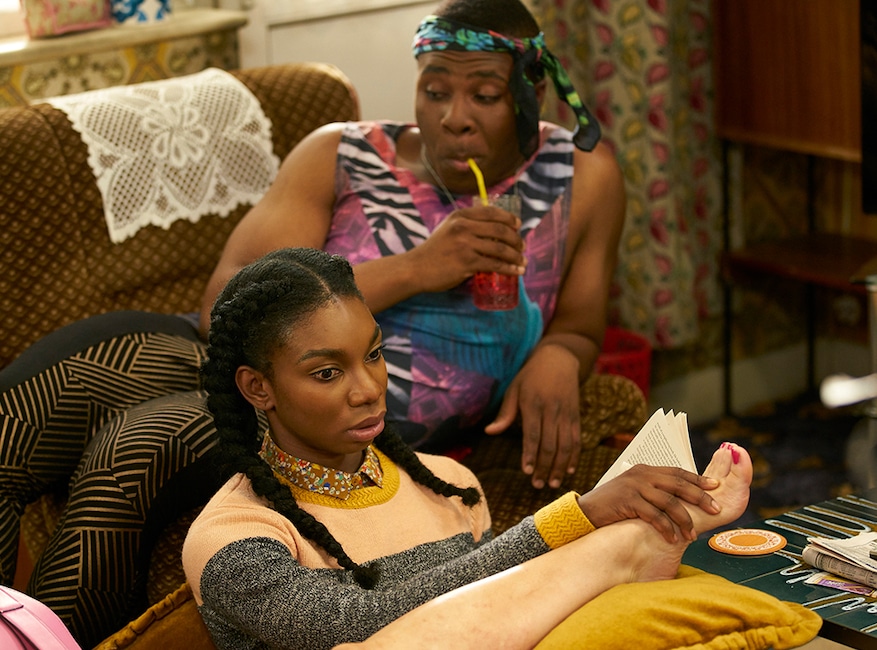 This series was created by Michaela Coel, who also serves as the show's writer and main actress, and follows Tracey Gordon, a Beyoncé-obsessed millennial who has been raised in a very religious household and learns how little she knows about the world. 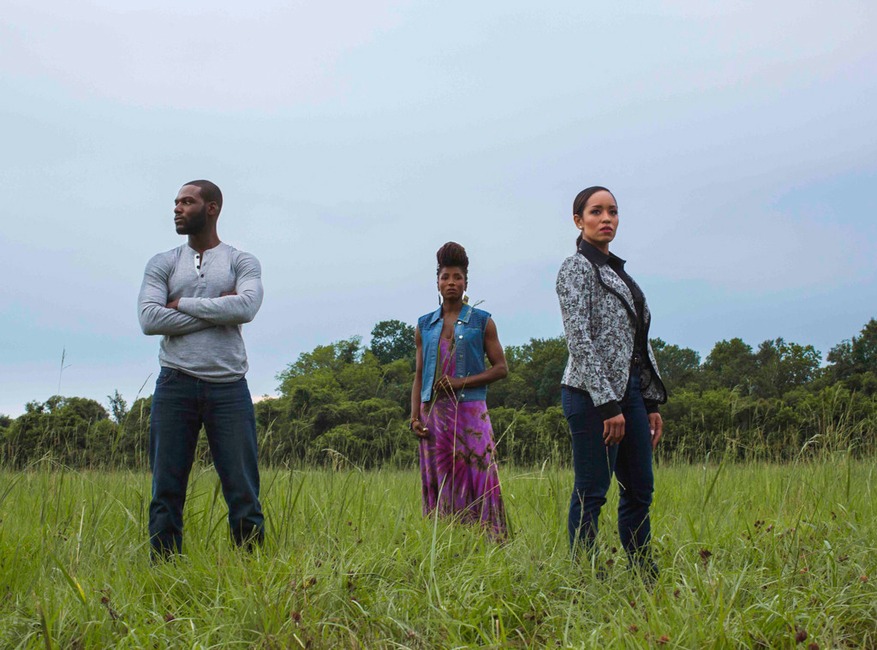 This series follows the multiple plotlines of estranged family members who are brought back together to run a struggling cane sugar farm after tragedy strikes the family. 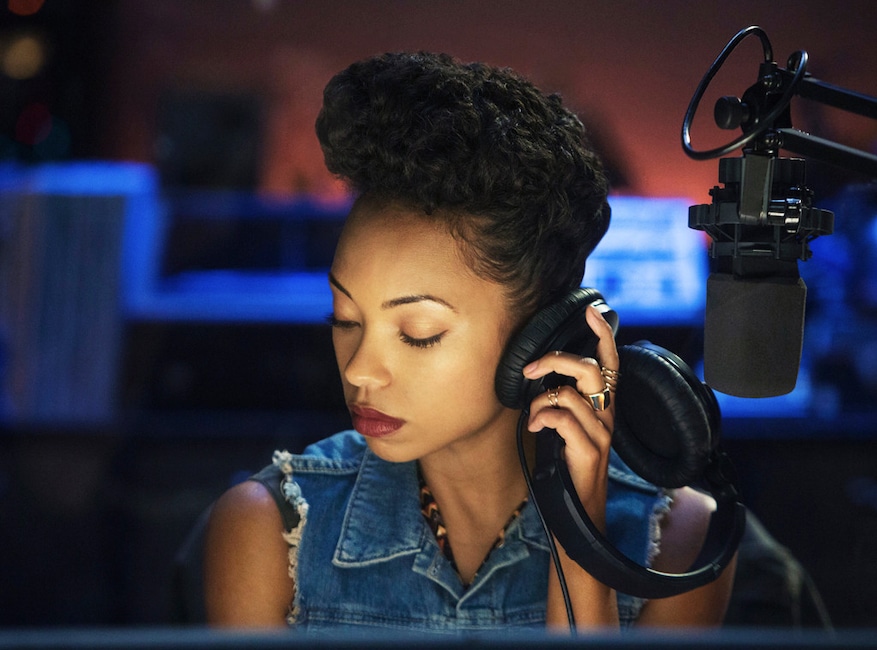 The series often ironic and satirical lens on the cultural bias, social injustice, and misguided activism of fellow students is a compelling watch. 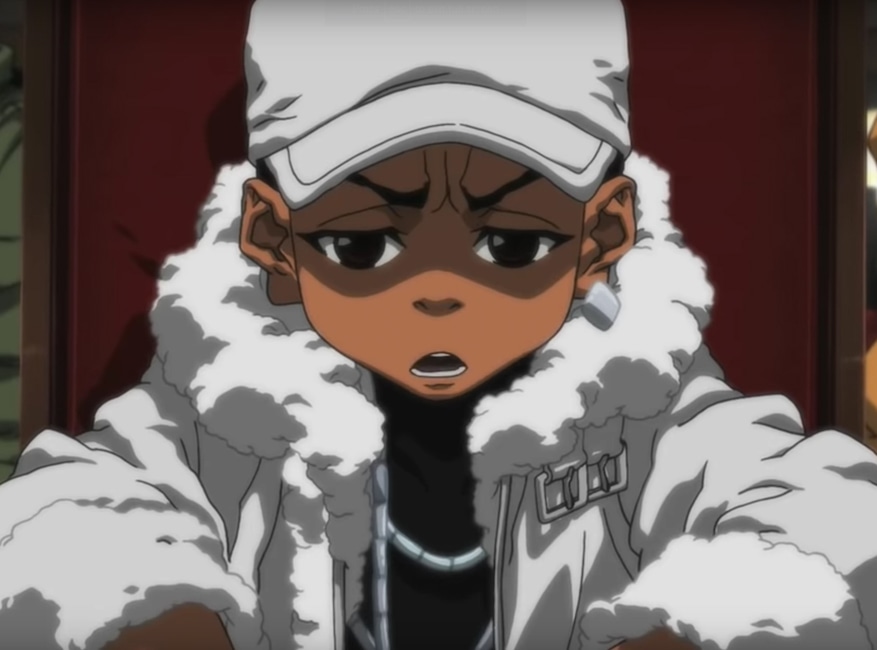 Based on his popular comic strip by the same name, Aaron McGruder's show The Boondocks remains one of the most influential and buzzed about animated series to ever be released.

The edgy show sees Robert "Granddad" Freeman's plans to enjoy his golden years disrupted by his grandsons, Huey and Riley (both voiced by Regina King), with plenty of pop culture references and action to enjoy. 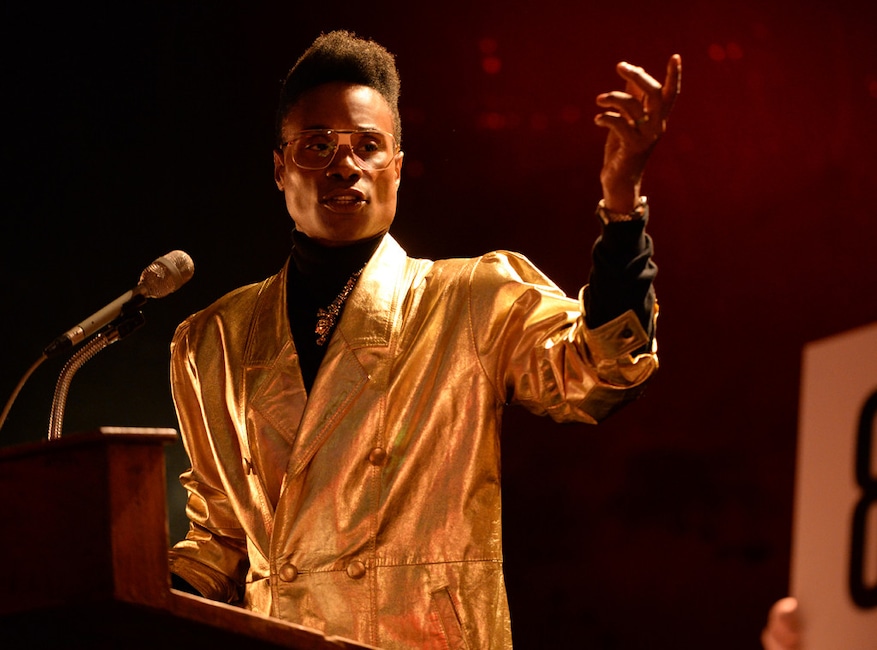 Steven Canals' series Pose has been rightfully praised for its style, plot, characterization and standout performance by Billy Porter.

The queer ballroom melodrama is one of the most mesmerizing shows on TV right now, so now is the time to catch up! 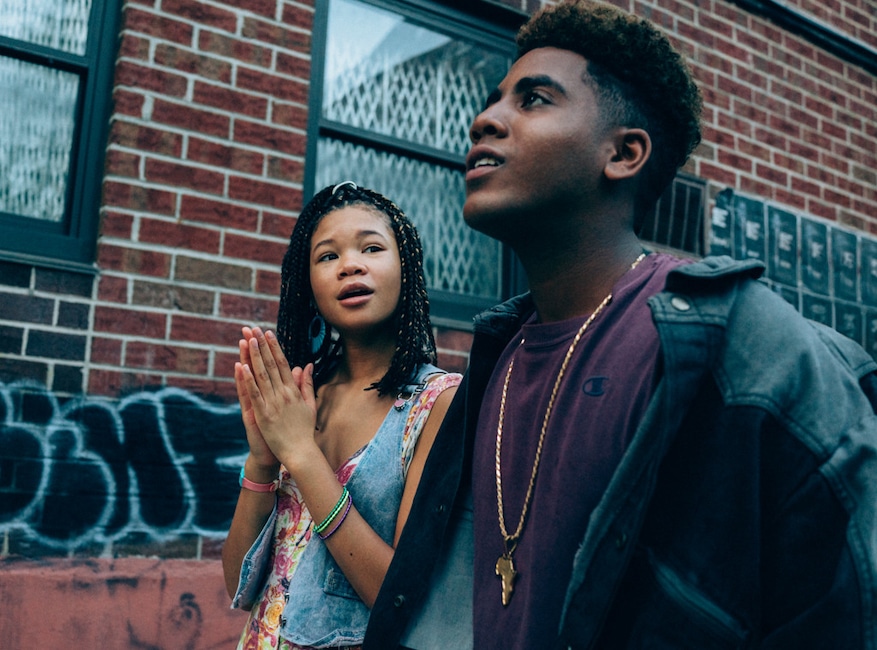 When They See Us

Ava DuVernay's show surrounding the Central Park Five case was praised for her handling of the harrowing events and ability to direct award-winning performances.

The show was nominated at the Emmys for Outstanding Limited Series and saw one of its actors, Jharrel Jerome, walk home with a trophy for his performance. 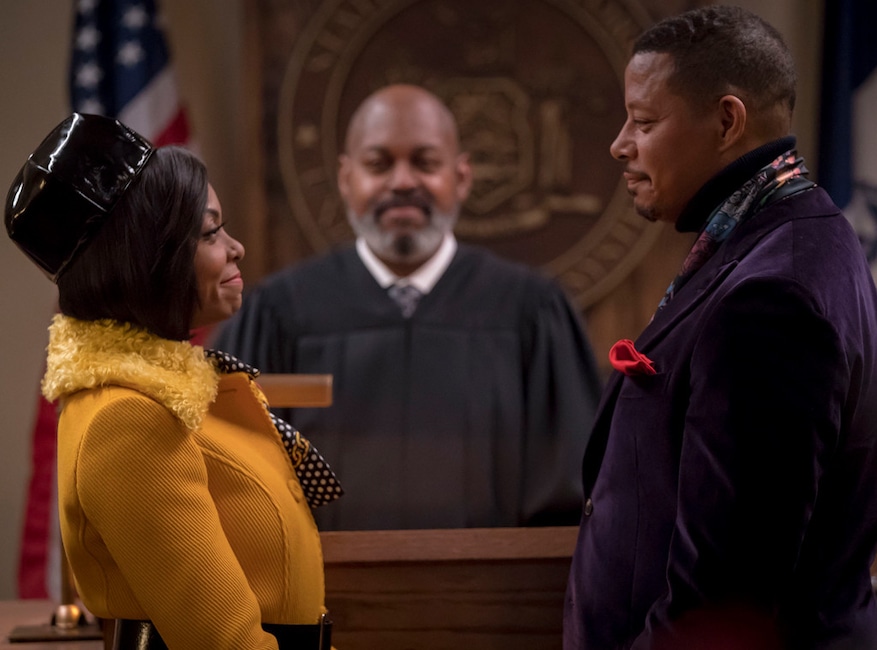 After Lucious Lyon (Terrence Howard) is diagnosed with a medical ailment, he looks to which of his three sons will be the successor to his empire. However, when his ex-wife Cookie (Taraji P. Henson) reappears, things get complicated.

The series, co-created by Lee Daniels, is now in its sixth and final season. 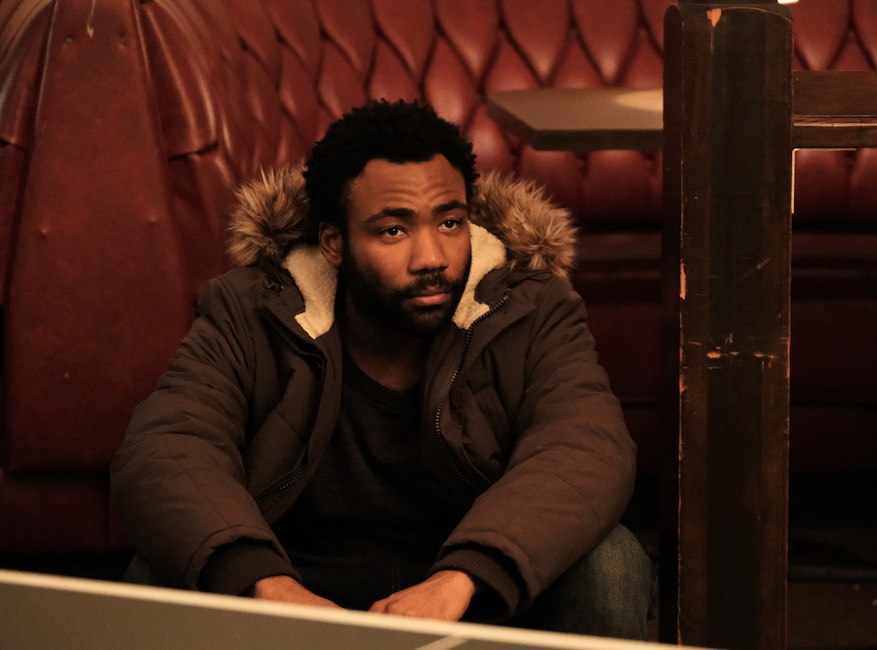 Donald Glover created and stars in this series where he plays Earn, a character that manages the up-and-coming rapper, Paper Boi, who also happens to be his cousin.

Glover won a Primetime Emmy in 2017 for his performance on the show.