Kourtney Kardashian Makes Her KUWTK Return (and Rob Does Too!)

Kourtney Kardashian marked her return on tonight's all-new Keeping Up With the Kardashians after being noticeably absent from a couple of recent episodes. The mom of three made the decision to step back from filming after an explosive fight with sister Kim Kardashian, and so she could dedicate more time to Mason, Penelope and Reign Disick.

"Now I'm filming, maybe like, two days a week because I don't want to be in a toxic environment," Kourtney said in a confessional. "I just feel so much better giving my focus and attention to my kids and to Poosh and things that I'm excited about."

Her return coincided with a number of Kardashian-Jenner birthdays, starting with Kendall Jenner's 24th. However, it was at a different celebration that another member of the fam made their own return to the show...Rob Kardashian!

The rare appearance came as the entire family gathered for an adorable Trolls-themed birthday party Rob had organized for his daughter, three-year-old Dream Kardashian 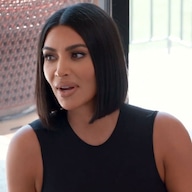 "I am so proud of Rob and what a cute party he gave for Dream," Kris Jenner said in a confessional. "He wanted it to be so special. From the cake to the bubble guy, it was just so cute."

Rob was also shown having a conversation with Kim and Khloe Kardashian about Kylie Jenner throwing a surprise dinner for Corey Gamble after the party since he and Dream share the same birthday. This was apparently news to them—and not the good kind, either.

"That's gonna make it look like we're not trying to celebrate on his birthday," Kim said, explaining that she and Khloe had been planning a surprise of their own for Kris' boyfriend: a big trip to Napa.

Luckily, everything worked out in the end. The two sisters were joined by Kourtney, Kris and Corey on the trip, which the birthday boy described as "perfect."

"This is the most amazing thing the girls could've done for Corey," Kris told the KUWTK cameras. "I'm so happy for him because the girls did something so special. It really shows their relationship and how far we've come with that."

Amid all of the celebrations, Khloe was facing a major dilemma. She had not only begun the process of freezing her eggs, but she was also trying to figure out if she should incorporate a sperm donor to make embryos, as her doctor said doing so might boost her chances of being able to get pregnant. 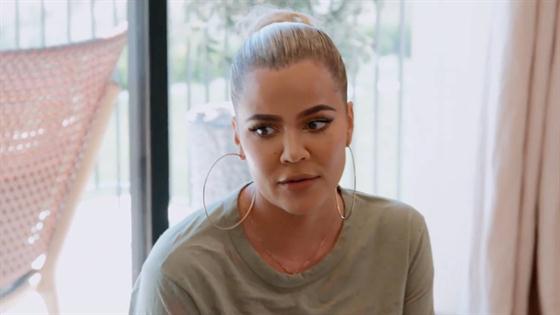 And according to Khloe, her sperm donor would be her ex Tristan Thompson.

"After my doctor's appointment, I talked to Tristan. Because if you can create embryos and do all the DNA testing, I do think that's the smarter choice," she said in a confessional. "But it's weird because Tristan and I, we're not together. I don't know which way to go."

After going back and forth throughout the episode, Khloe revealed that for the time being, she wanted to freeze any retrieved eggs. However, a FaceTime call between her and Tristan seemed to indicate that she was going to go ahead with a second retrieval; this time, using Tristan's sperm to create embryos.

"I'm open to doing that and down for doing that," Tristan told Khloe. "At the end of the day, I want you to feel...whatever's going to make you feel comfortable. And also feel safest and everything like that. That's what I'm on board with."

"I have no idea what my future holds for Tristan and I," Khloe explained later. "But I really think I'll feel a lot better knowing, 'Okay, I have five embryos in a freezer. If I want to use them, I have them there.'"

Kim, who's studying to be a lawyer and mid-apprenticeship, was also dealing with a serious matter: a case that involved a prisoner on death row, Rodney Reed.

"Because this execution is coming up so soon, I think it's really important for me to share with him our game plan of what's going on," Kim said before talking to Reed on the phone and eventually visiting him. "If we can get a ton of support, especially from both the left and the right, that is ideal. And I'll do everything in my power that I can to get his name out there and his message out there in order to help to make that happen."

As she was on her way to see Reed in-person, Kim found out that he now had a fighting chance.

"The courts have issued an indefinite stay of execution," she explained. "They will then move the decision of what's gonna happen with Rodney's case to the lower appeals court and it'll either mean that they'll entirely throw out the case or they'll issue him a new trial. Either one is great news."

To see what else went down on this week's episode, check out the recap video above!