Not exactly—but what's to come on the brand new season of The Real Housewives of Beverly Hills is certainly a rarity for any of the Bravo franchises. According to Kyle Richards who got candid with E!'s Justin Sylvester on the latest (virtual!) episode of Daily Pop, the ladies of the 90210 "break the fourth wall" throughout season 10.

"You know, we don't reference cameras or sound, audio, all that stuff, obviously. Or the fact that we're on the show. They're just supposed to be following our lives," Kyle explained. "But this season, they do break the fourth wall, because there were times where people were using that to their advantage."

Kyle added that when viewers start to see the cameras and show producers talking, "you know stuff's going down."

She didn't delve into specifics or name names, but as the RHOBH O.G. continued to talk about her experience filming the new season, things became a little bit clearer. 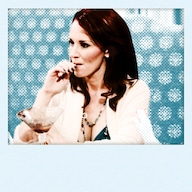 "You've seen some hints in the trailer for the season. And like every season, you know, there's always something that happens where someone drops a bomb. And a bomb gets dropped this season," Kyle told Justin. "And everybody just sort of, like, I don't know—it was an explosion. And you see everybody sort of went to their sides, and who's stuck with who, who's fighting with who, and who's not talking to so and so."

Kyle continued, "It basically stayed that way the rest of the season. And as you can see, we had someone pull a 'no show.' You know, that didn't want to shoot anymore. And that's always challenging."

Could she be referencing fellow cast member Denise Richards? The actress definitely walks off filming in the thrilling season trailer, and rumors have been swirling about a scandalous affair between her and Brandi Glanville for months. Denise has denied said rumors, but the "bomb" Kyle described on Daily Pop could definitely be related to the drama.

Regardless of who Kyle was talking about, it's the move they pulled backing out of filming that really bothered her. When discussing some of the series' most unbelievable moments with Justin—Kyle cited the season one finale scene in the limo with sister Kim Richards and Lisa Rinna in season five jumping across the table in Amsterdam—she explained that even though those were difficult times, she never shied away from filming them. 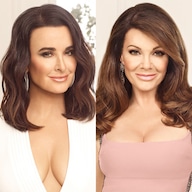 "Which is kind of like, one of the things this season, when I see people not showing up, I'm like, do you know how many times that I wished that I didn't have to show up?" Kyle said. "Or that I would've loved to be like, 'Oh I don't want to do this, I'm uncomfortable. Oh, I'm not going to that party, that person's not nice to me.' No. So, we're here, we signed up to do this job—the good, the bad, the ugly. And here I am, ten years later!"

And thank god for that!

To find out more about what Kyle teased on Daily Pop, be sure to catch the RHOBH premiere tonight.

Tune in to The Real Housewives of Beverly Hills on Wednesdays at 8 p.m. on Bravo!