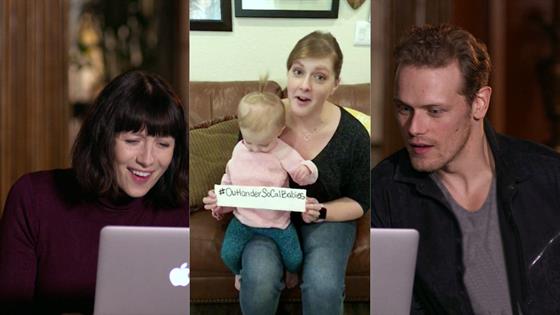 Ever heard of the Outlander Baby Boom?

Well, it's a thing. (Or it is now!) Because just in case Sam Heughan and Caitriona Balfe weren't fully aware of what their super-steamy sex scenes from the past three seasons have manifested into this world, we brought a little surprise to the show's set in Scotland: Videos sent into us by fans of their "Outlander babies"--babies who were conceived after their parents watched the show.

See Sam and Cait react to the babies in the video above! 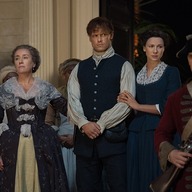 Everything We Learned About Outlander Season 4 On Set 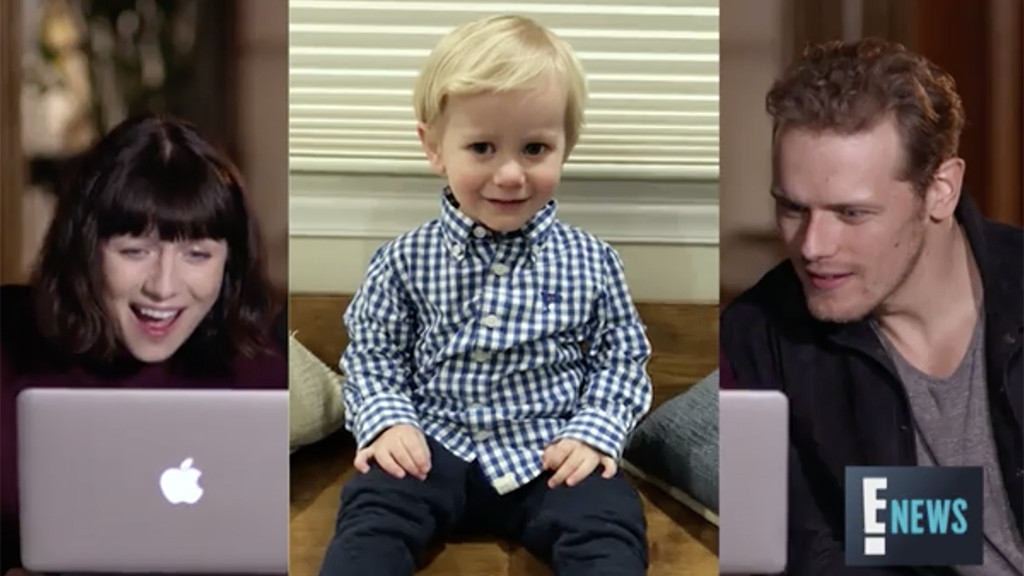 Predictably, Sam and Cait responded adorably, "oohing" and "ahhing" at all the cuteness, but when one little girl called Sam "Daddy"… Things got real.

"I've never seen that woman in my life!" a horrified Sam shot back.

Cait also took good offense to one of the babies' middle names. "Randall?!" she scoffed. "You named your baby Randall?" (Somebody tell Tobias Menzies.)

While visiting the show's set just outside Glasgow, Scotland, we were able to watch as Sam and Cait filmed a heartwarming season-four scene that centered around a newborn baby. (No spoilers, but the baby isn't Jamie and Claire's.) 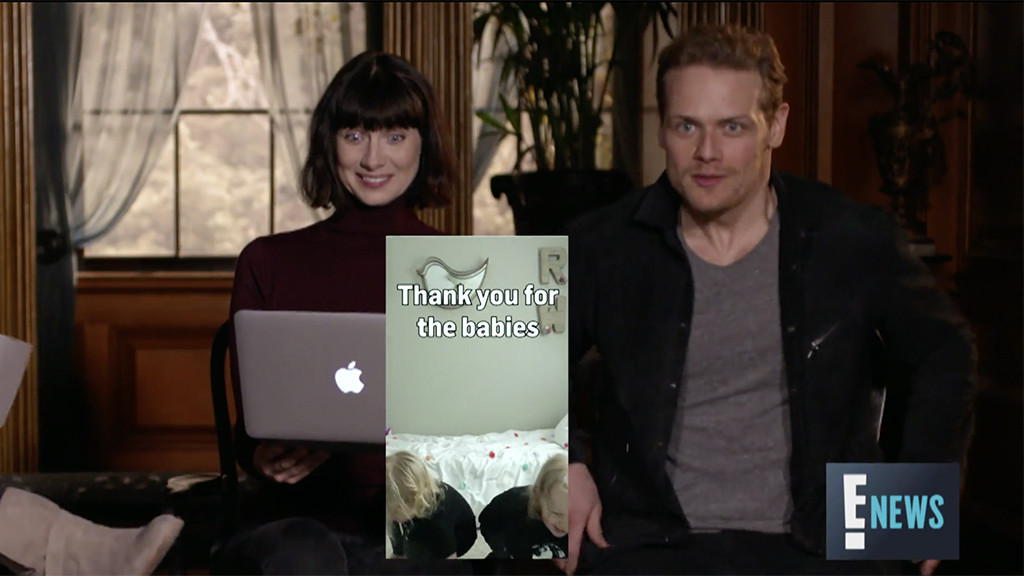 Caitriona playfully asked Sam: "How do you do with babies?"

Sam said, "Every time this poor child would look at me…"

The cast and crew on hand recommended we hold onto the cuteness of the baby scene we witnessed on set, because there is a whole lot that isn't cute in season four of Outlander. (Read: PTSD, here we come.) But the beginning of the season certainly does have its warm fuzzies.

Season four of Outlander picks up four months after Jamie and Claire arrive in America in 1768, heading for Jamie's Aunt Jocasta's (Maria Doyle Kennedy) house, which turns out to be an expansive plantation. A major theme in season four is the idea of home, as Claire and Jamie eventually settle on "Fraser's Ridge" in North Carolina and put down roots.

"This is the first time we get to see them as a couple and a sort of family unit," Sam explains.

"It's a fresh start for both of them," Cait adds. "Before, either Claire was going to Lallybrach which was Jamie's previous home, or they were being chased by Redcoats or them on a boat. And this is them finding a place for them to start completely afresh."

It's quite possibly Outlander's most romantic season yet, at least for the first handful of episodes, as Jamie seeks to build for Claire what he feels she deserves. The dialogue is richly layered and feels more grounded now, as they are older. But don't you worry, there are still some steamy scenes. (Even in the first episode.)

So please know, this baby talk is cute and fun and all. But really, this is a cautionary tale.

Watch Outlander at your own risk! Sam and Cait can only afford so many college funds.

Check E! News a little later today for a round-up of everything we learned about season four on the Outlander set--including unseen interviews with John Bell (Ian) and Maria Doyle Kennedy.

Outlander returns Sunday at 8 p.m. on Starz, and you can catch up now on Hulu.