It's the end of the road for Rick Grimes.

And when the iconic main character of AMC's hit series The Walking Dead goes gently into the good night—or however it happens—in his final episode on Sunday, Nov. 4, the actor who has brought him to life for the past eight years will take his final bow as one of the biggest stars in television. A truly far cry from when he first put on that sheriff's hat and faced down the zombie apocalypse back in 2010.

My, how far Andrew Lincoln has come.

When the London-based actor's casting was announced in April of 2010, most people who knew of him—and that's a big if—knew him as the Love Actually guy. You know, the one who holds the signs to tell Keira Knightly, his best friend's new wife, that he's in love with her. He'd been a name in the UK for years, dating back to his work in the BBC drama This Life, which premiered in 1995, but he was a non-entity in America.

"Andrew Lincoln, wow — what an amazing find this guy is," Robert Kirkman, creator of the show's comic book source material, gushed in AMC's press release announcing the casting. "Writing Rick Grimes month after month in the comic series, I had no idea he was an actual living breathing human being and yet here he is. I couldn't be more thrilled with how this show is coming together." 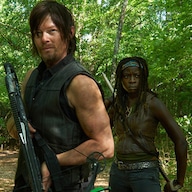 The Walking Dead Then & Now: See How Much The Zombie Apocalypse Changed the Cast 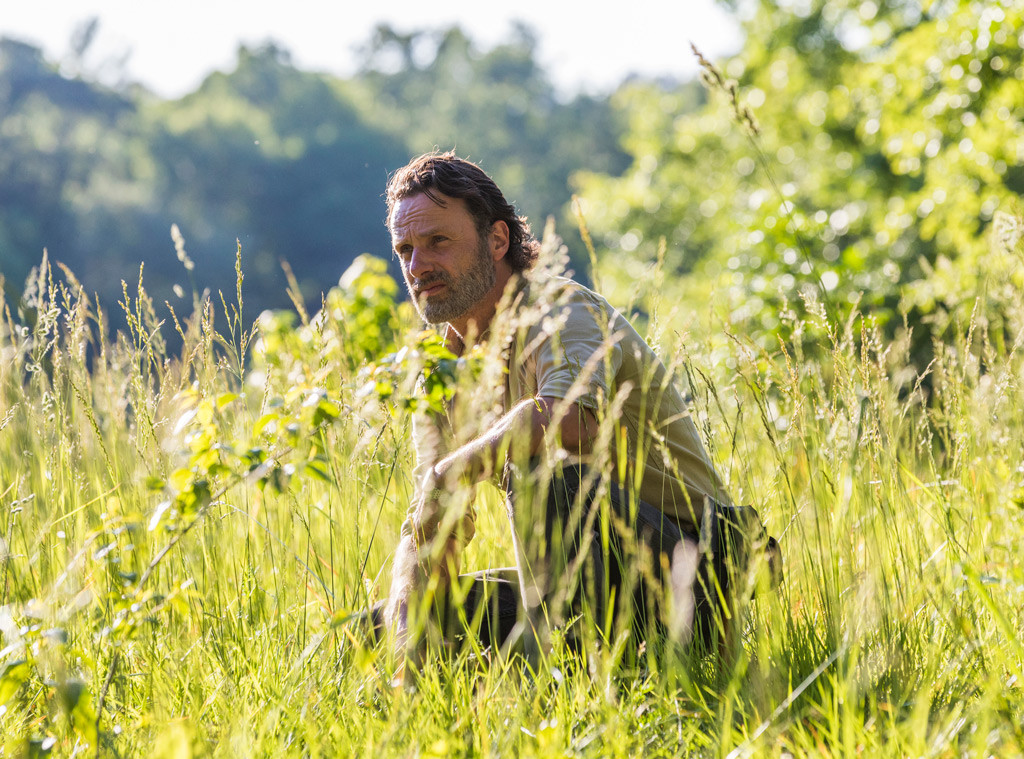 It turns out that finding the right actor to bring Rick to life was a struggle for producers, as longtime EP Gale Anne Hurd reminisced during an appearance on SiriusXM's Entertainment Weekly Radio at this summer's San Diego Comic Con. "I remember calling up [original showrunner] Frank Darabont and saying, ‘God, there's something to this guy.' At that point, we didn't even know if we would be able to find our Rick Grimes. It was that serious," she recalled.

"We had already cast Jon Bernthal, because we knew we had our Shane Walsh, and then when we brought [Andrew] over to the US and did that initial test in Frank's garage, in the car, in Frank's garage," she continued. "And that's when we said, ‘Oh my God, we have our Rick Grimes.' And who thought it was gonna be this [Royal Academy of Dramatic Art]-trained UK actor, that we only knew from [Love Actually]. Literally, people thought we were nuts."

So how exactly did he pull off the audition for the role of a lifetime. As Lincoln recalled in a 2016 interview with The Guardian, the recent birth of his second child with wife Gael Anderson—and its effects on his entire being—didn't hurt. "I hadn't slept for three days, and I was shell shocked," he joked. "I had this apocalyptic chic that probably fitted the bill. I looked like I'd survived a zombie apocalypse."

Of course, that wasn't all it took. "Frank wanted the Gary Cooper of High Noon, a classical leading man, very moral, almost gentle and quiet," he continued. "But he also wanted a family man, so the perfect storm of meeting someone who had just had his second child was really appealing to him." 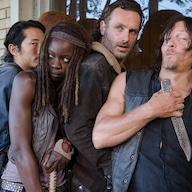 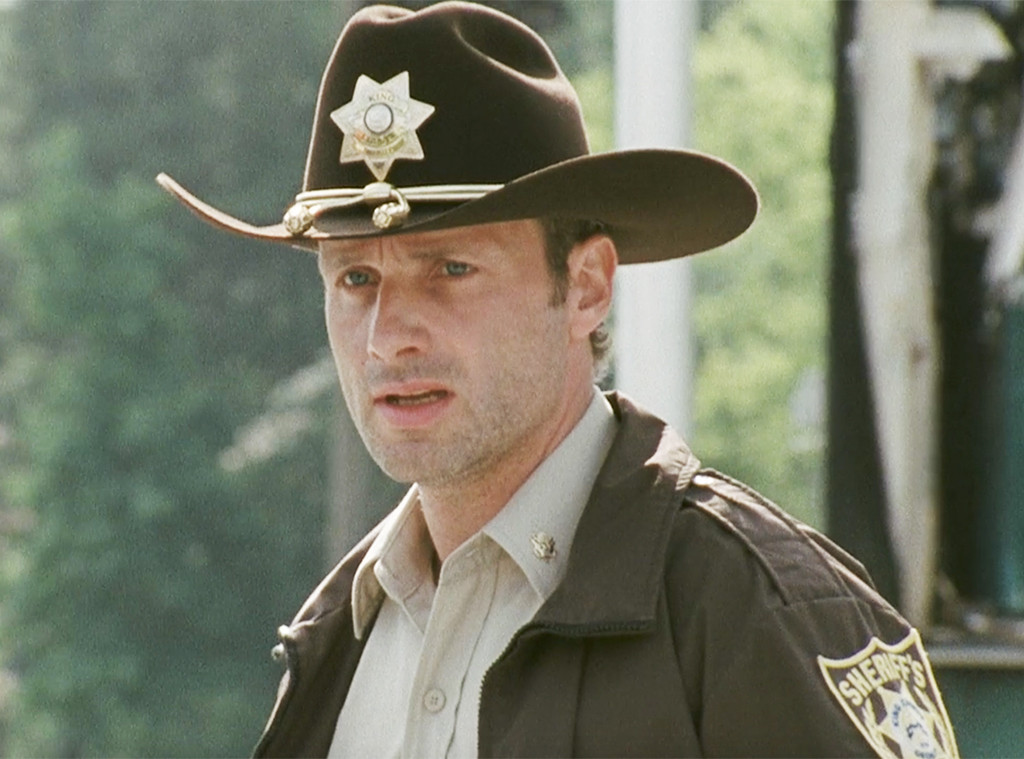 "I remember thinking, you know, we know how fantastic he is, but it's really important — 'How are we going to sell this to a US audience that only knows him from Love Actually?' And I remember how important it was finding that first image of you, and getting that out, and coming to Comic-Con, because this is that journey," Hurd said during that EW Radio interview. "We were here nine years ago, not knowing how the fans were gonna accept their beloved comic book coming to life. And as you probably all know, Andy can't watch the promos or the clips or the show, but you heard the applause."

"It was a really special moment," Lincoln added. "That was a big Stetson I had to fill, you know what I'm saying? That's a small British head right there."

When he got the role, he was forced to sign a good chunk of his life away. "You have to sign a standard Hollywood contract of five or six years. Generally, a show doesn't go past one season, so it is a matter of hedging your bets," he told The Guardian. "But we [he and his wife] did have that conversation while our child was screaming during a night feed, and decided to risk it."

And the risk paid off. While only a modest success in its first, six-episode season, averaging around 5.24 million viewers, the show soon exploded, doubling its audience average by season three and opening season five with the most-watched series episode in cable history at 17.3 million viewers. All the while, Lincoln and his family have been living something of a bifurcated life, splitting their time between the show's Atlanta home base and their preferred residence across the pond.

But in his quest to be the best actor he could be and the best parent, too, he'd begun stretching himself thin. Already, there was no opportunity for other acting gigs outside of his commitment to TWD. "The window of opportunity is so small. I was going to do a play and it would have meant me getting off a plane from America and going straight to rehearsals, doing the play, getting back on plane and going straight back to America," he noted in 2016. "I couldn't do that. My No 1 responsibility when I'm not slaying zombies is being a parent." 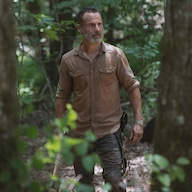 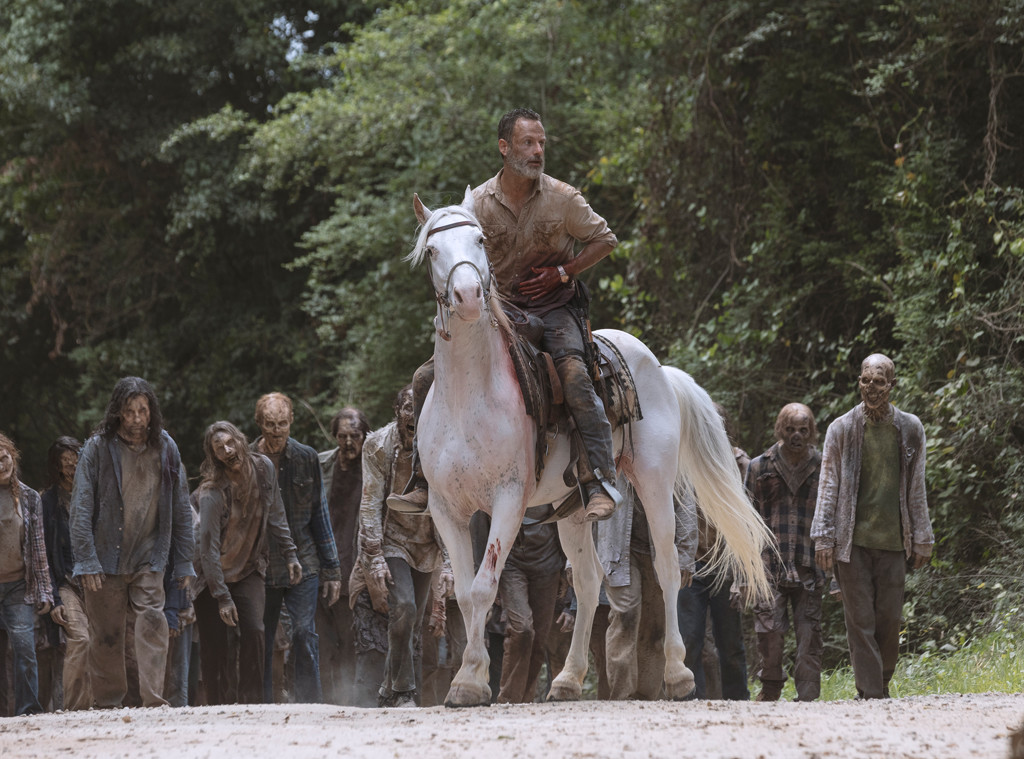 And therein lies the rub. As he explained on EW Radio, the decision to walk away from the job was quite simply one made with his family in mind. "I have two young children, and I live in a different country, and they become less portable as they get older," Lincoln said this summer. "It was that simple. It was time for me to come home."

Not only that, but with ratings on the decline and a few seasons of seemingly stagnant storytelling, the actor believed that for the show to continue to thrive, Rick Grimes' story needed to end. "What I don't want to do is stay too long when I think the show will actually benefit from other people taking the reins and forging a new path," he told EW just this month. "And that's what I think is happening now. It's beautiful watching and seeing my dear friends who are incredible actors doing extraordinary things and turning it into a new show. And that is enormously gratifying."

"It's exciting because there is a sense that there is a new vision for the show," Lincoln added, referencing Angela Kang taking over showrunning duties from Scott M. Gimple. "I think Angela and everybody involved in it are performing out of their socks. To the best of their ability they're putting it all out there. It's a really exciting landscape that all of the characters are inhabiting. It's the show I always thought we'd get to when I did the pilot — a pared down, much more dangerous and compromising and spare landscape."

A landscape that'll be lacking a Rick Grimes, sure, but not necessarily an Andrew Lincoln. Not completely, at least, as he recently shadowed a director on set with the plan to direct an episode in the yet-to-be-ordered tenth season.

This is The Walking Dead, after all, where endings are always only just the beginning.

The Walking Dead airs Sundays at 9 p.m. on AMC.