High School Musical Cast: Where Are They Now?

My, how you've grown... The actor, who turns 31 on Thursday, sure has come a long way since he rose to fame with his starring role in the 2006 Disney Original Movie High School Musical. His portrayal of student, basketball star and your imaginary boyfriend Troy Bolton captured millions of hearts and turned him into one of the most sought-after actors in Hollywood.

And if we're about to get all nostalgic on you, can you believe High School Musical 3: Senior Year, the last movie starring the original cast and the first to be released in theaters, will celebrate its 10th anniversary on October 24?

See how Efron, Vanessa Hudgens, Ashley Tisdale and the rest of the stars have changed over the years and find out what they've been up to. 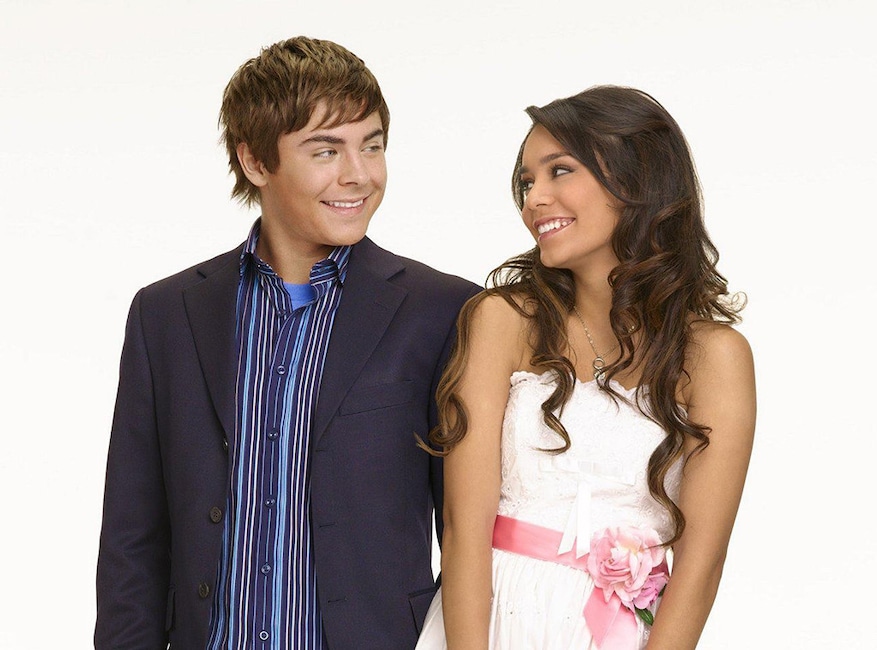 In 2006, it was the start of something new...and incredible. Check out what the stars of the High School Musical films have been up to in recent years. 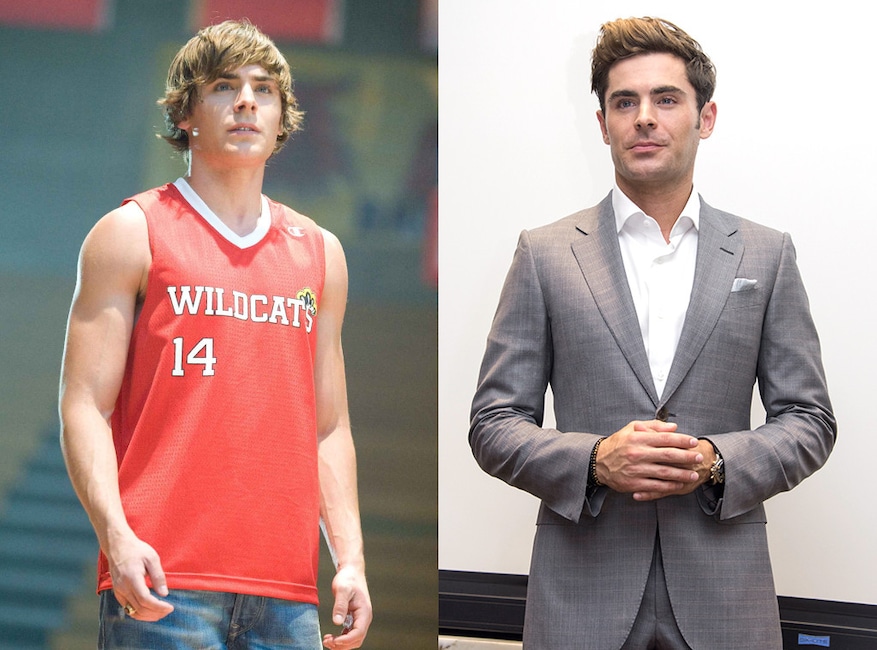 Professional Life: The High School Musical films made Efron an official Hollywood hottie and he landed roles in movies such as 17 Again, a Freaky Friday-like comedy in which he played the younger version of onscreen dad Matthew Perry's character, and Charlie St. Cloud, That Awkward Moment, Neighbors and its sequel, Mike and Dave Need Wedding Dates and the big screen adaptation of Baywatch, where he got to showcase his now-notoriously hot physique alongside the even more jacked Dwayne "The Rock" Johnson.

In 2017, he returned to his musical roots (he sang in the second and third High School Musical movies and in the 2007 film Hairspray) with a role in The Greatest Showman.

Personal Life: Efron dated Vanessa Hudgens, who played his onscreen love interest Gabriella Montez, for about four years before they split in 2010. Efron later dated model Sam Miro between 2014 and 2016. 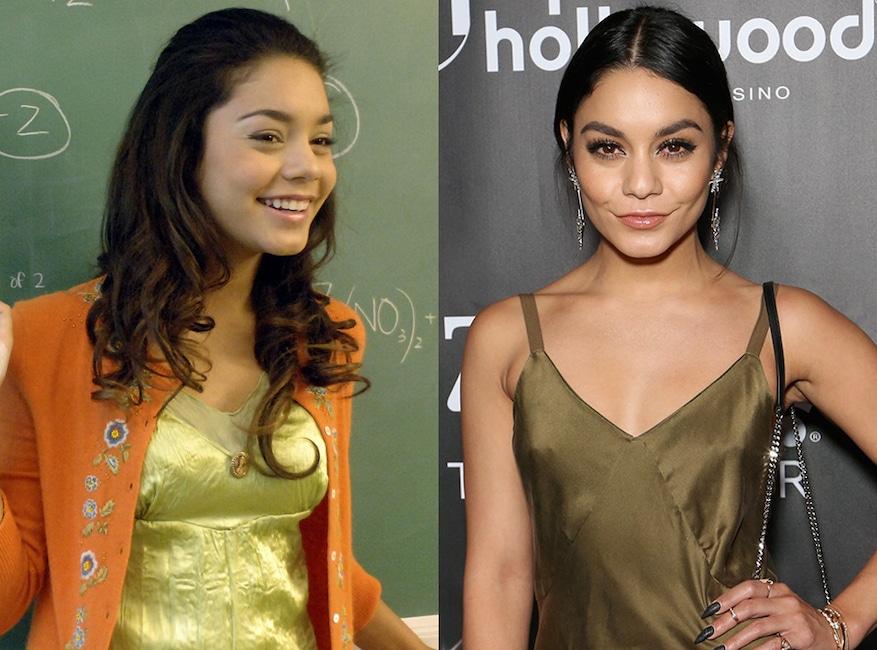 Professional Life: After appearing in all three High School Musical films, Hudgens went on to star in films such as Bandslam, Beastly, Sucker Punch, Spring Breakers and Machete Kills.

"High School Musical was a fantastic journey, but it completely derailed me from where I originally saw my career going," Hudgens told The Guardian in an August 2018 interview. "I always wanted to be the indie girl; I always wanted to be in the movies where I'm playing a drug addict or a stripper or a prostitute. That was my goal since I was like, 11."

In 2015, Hudgens made her Broadway debut in a revival of the musical Gigi.

Major Heartache: In 2016, she returned to her musical roots and played Rizzo in Grease Live! Hours before the live production, she revealed that her father, Greg Hudgens, had died at age 65 after battling stage 4 cancer. "Tonight, I do the show in his honor," she tweeted, before giving one of the best performances of her career.

Personal Life: Hudgens remains good friends with High School Musical co-star Ashley Tisdale. In 2011, a year after Hudgens and Zac Efron split, she began dating actor Austin Butler and the two have been together ever since. 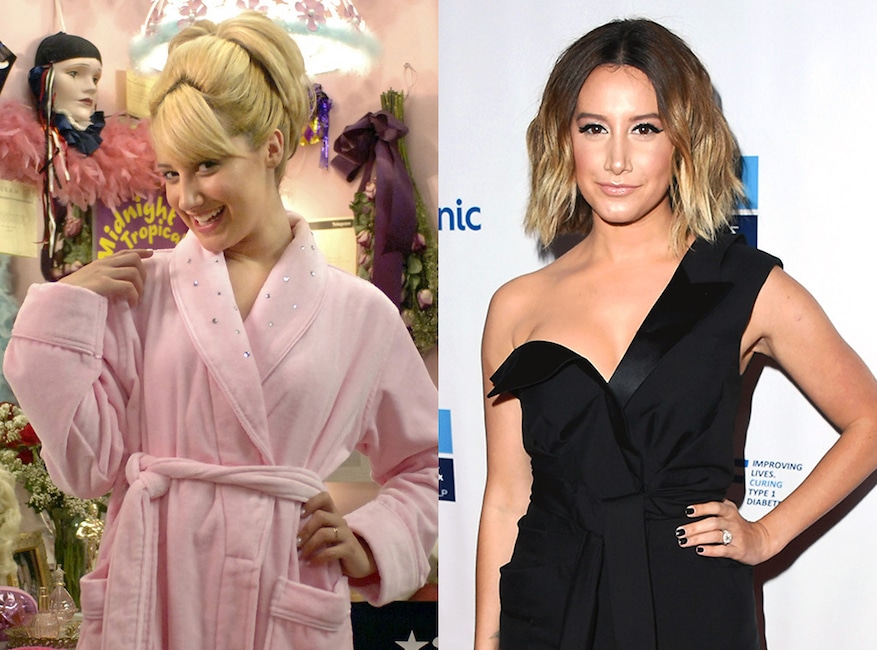 Professional Life: After the High School Musical era, Tisdale continued a pop music career for a few years and enjoyed moderate success. She also appeared in her own straight-to-video High School Musical spinoff film Sharpay's Fabulous Adventure. In 2010, she starred in the short-lived but popular teen cheerleader series Hellcats.

Over the years, she would go on to have small roles on shows such as Sons of Anarchy and The Crazy Ones and also appeared in Scary Movie 5. She also voiced Candace Flynn on the animated show Phineas and Ferb for more than a decade. She has also worked on other animated programs, such as Skylanders Academy.

Personal Life: The actress wed Christopher French in 2014. They got engaged a year prior. 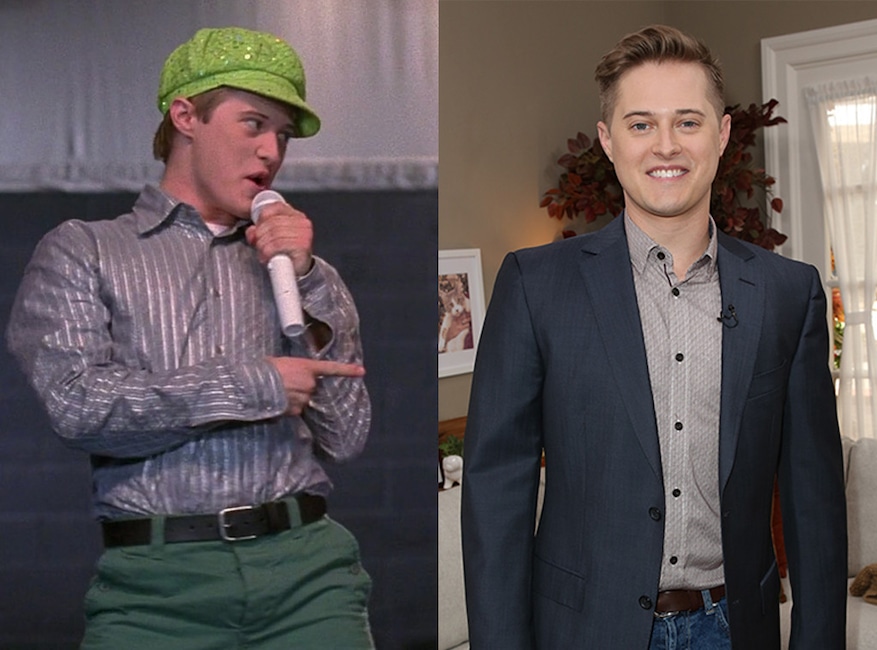 Professional Life: After the High School Musical era, Grabeel also continued a music career for a while and played Toby Kennish on ABC Family-turned-Freeform's Switched at Birth. He has also voiced characters on animated shows such as Family Guy, Elena of Avalor, Sheriff Callie's Wild West, Spirit Riding Free and Pinky Malinky.

Personal Life: The actor has been in a relationship with actress Emily Morris for several years. 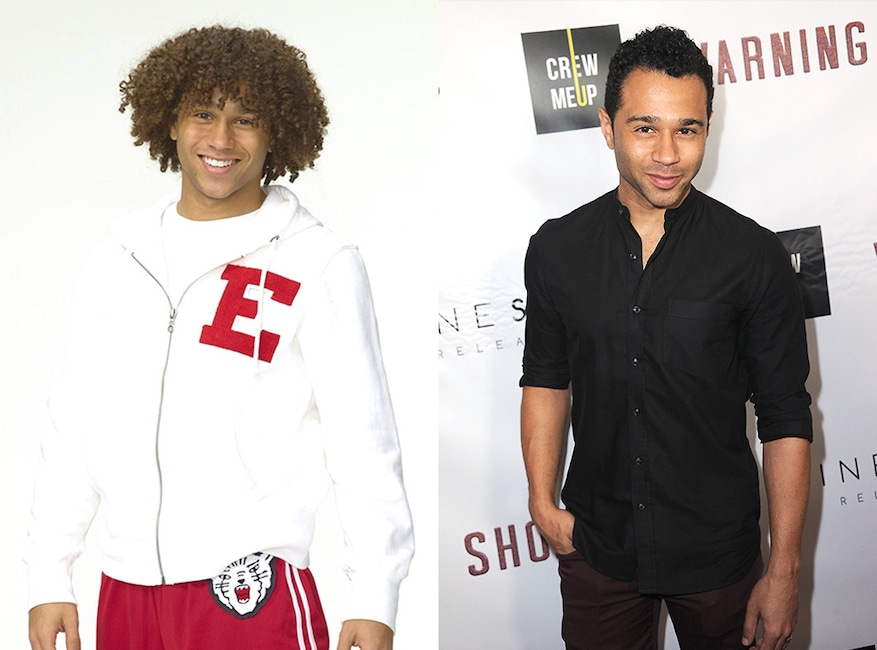 Professional Life: After the High School Musical films, Bleu went on to star in Ashton Kutcher's short-lived drama series about models, The Beautiful Life: TBL, and also played Jeffrey King on One Life to Life. He also had roles on shows such as The Good Wife, Blue Bloods, Castle, Drop Dead Diva, The Fosters, The Middle and Chicago Med. In 2013, he competed on Dancing With the Stars and placed second with partner Karina Smirnoff.

Personal Life: In 2016, the actor married Sasha Clements, star of the Disney Channel movie How to Build a Better Boy. They got engaged more than a year prior, at Walt Disney World. They had started dating after meeting in a Toronto grocery store in 2011. 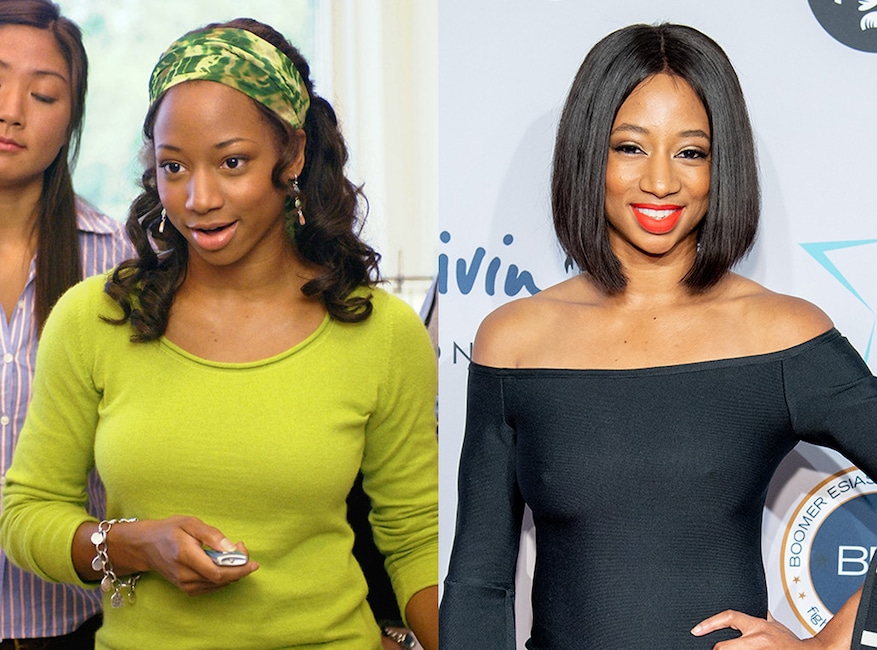 Professional Life: The actress went on to star on the sitcom Here We Go Again and the comedy movie We Are Family. 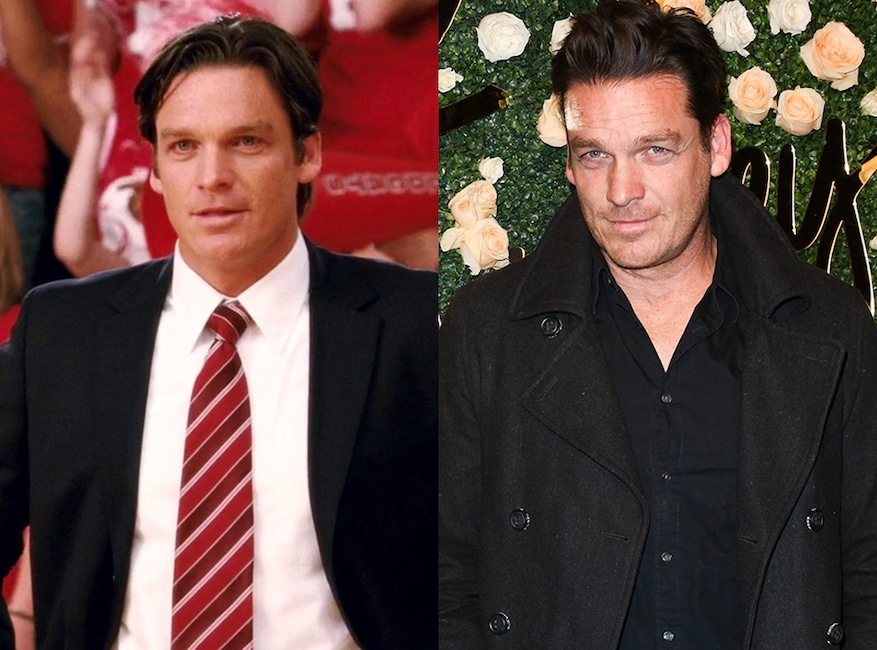 Professional Life: The actor went on to appear on shows such as The Client List and NCIS: Los Angeles and the Amazon series Gortimer Gibbon's Life on Normal Street. For a while, he operated the Johnson Mill Bed & Breakfast in near Park City, Utah.

Personal Life: The actor has been married to Robyn Lively, Blake Lively's sister, since 1999. They share three children. 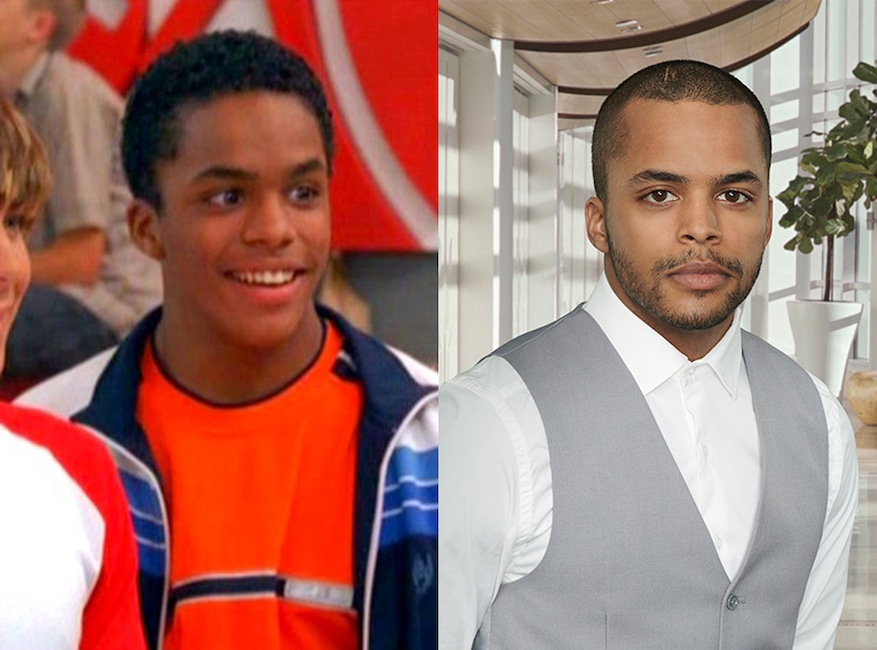 Professional Life: The actor went on to star on shows such as Good Luck Charlie, The Hard Times of RJ Berger and The Fosters. 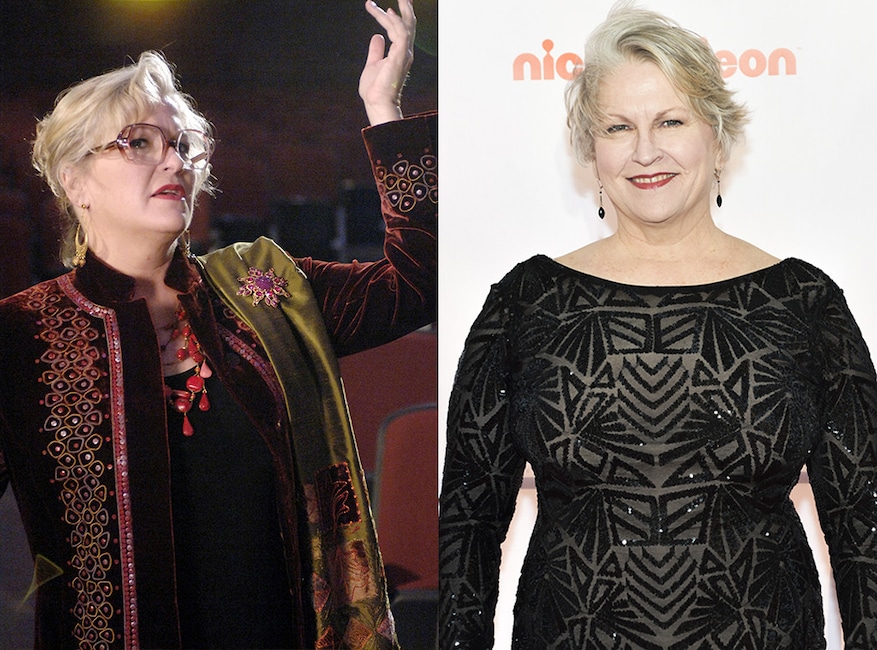 Professional Life: The actress went on to star on shows such as Desperate Housewives, Bones, Modern Family, Silicon Valley and the Hulu series Chance. 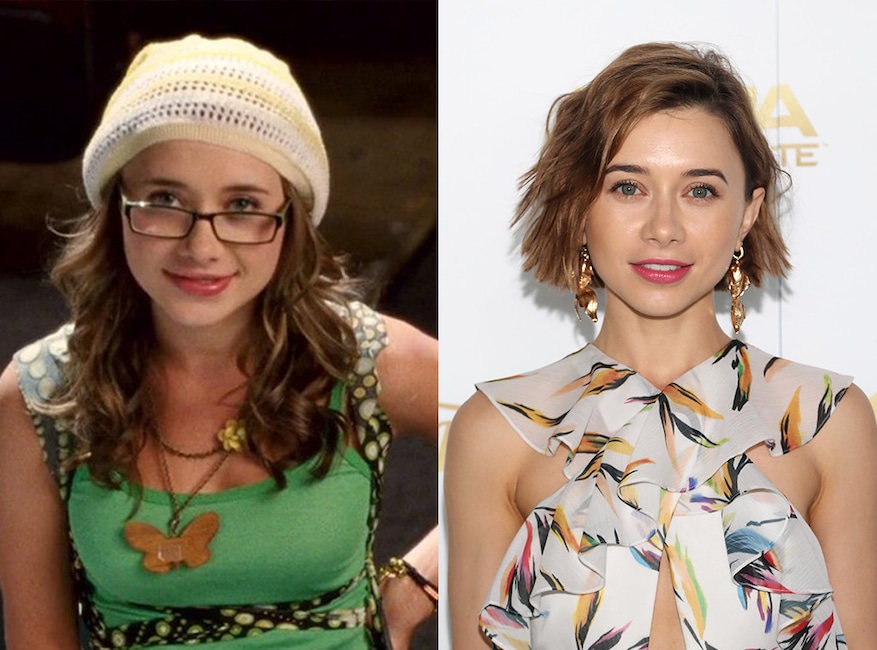 The Russian-American actress went on to star on shows such as Greek and the PlayStation Network's Powers. 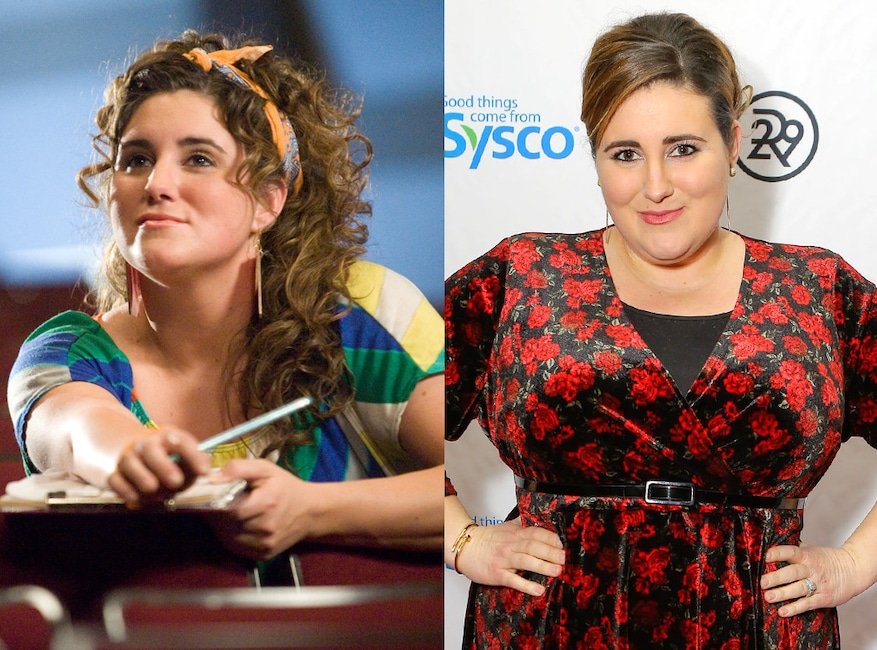 The actress went on to appear in a number of TV series after High School Musical 3, such as The League, Shapetown, USA and most recently, Andi Mack. 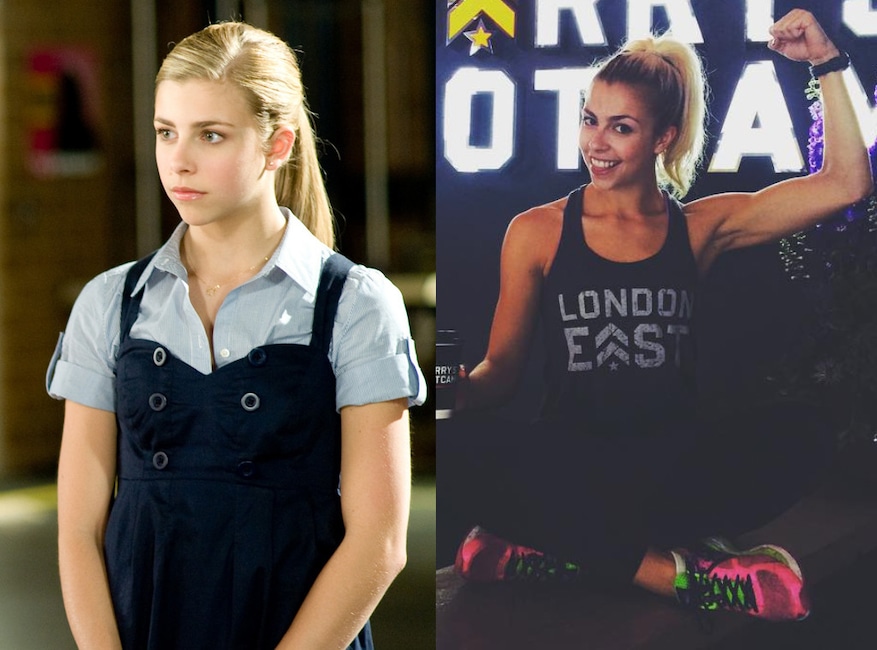 Jemma has made a career change since starring in HSM3, she's now a Barry's Bootcamp trainer! You can keep up with her workouts and training on social media.