Celebrity trainer Harley Pasternak is inviting you to walk a mile in his clients' shoes.

Not Ariana Grande and Lady Gaga's actual Louboutins and Giuseppe Zanottis—though wouldn't that be something?—but their figurative sneaks, the ones that log upwards of 12,000 steps every day. Because the first thing the L.A. pro did when stay-at-home orders were put in place was to turn himself into a one-man Fitbit delivery service.

For any client not in possession of the popular tracker, "I went and dropped them off on all of their driveways," he tells E! News, along with instructions to stick to their daily steps goal, whether that means walking around their house, taking a spin around the block or logging those 12,000 steps (roughly six miles of walking) in their neighborhood.

6 months. 100 pounds down (Yes, I tipped the scales at 240 😜) My first trip away from #BIRDIEMAE and emotional for many reasons, but so proud to feel like myself again. Even when it felt impossible, I chose to work harder. 💚

Keep in mind this is how longtime devotee Jessica Simpson worked off an insanely impressive 100 pounds following the March 2019 birth of daughter Birdie Mae. Though Pasternak says those strides do more than just sculpt. "I think more than ever it's important to be outside for your mental health, your physical health, but also Vitamin D exposure to the sun," he says. "So put on a mask and go for a walk. That's the first thing." 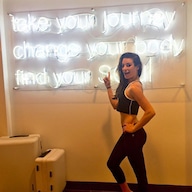 "Secondly is sleep," says Pasternak, "so because people don't go to the office in the morning and they're not going out at night, sleep is weird for a lot of people in quarantine." Using the Fitbit, he advises tracking both the quantity and quality of your sleep and aiming for at least seven hours of the good stuff a night.

And to aid that he recommends ditching the mindless Instagram scrolling, Facebook deep dives and Netflix binge-watching and "unplugging from technology at least one hour a day." 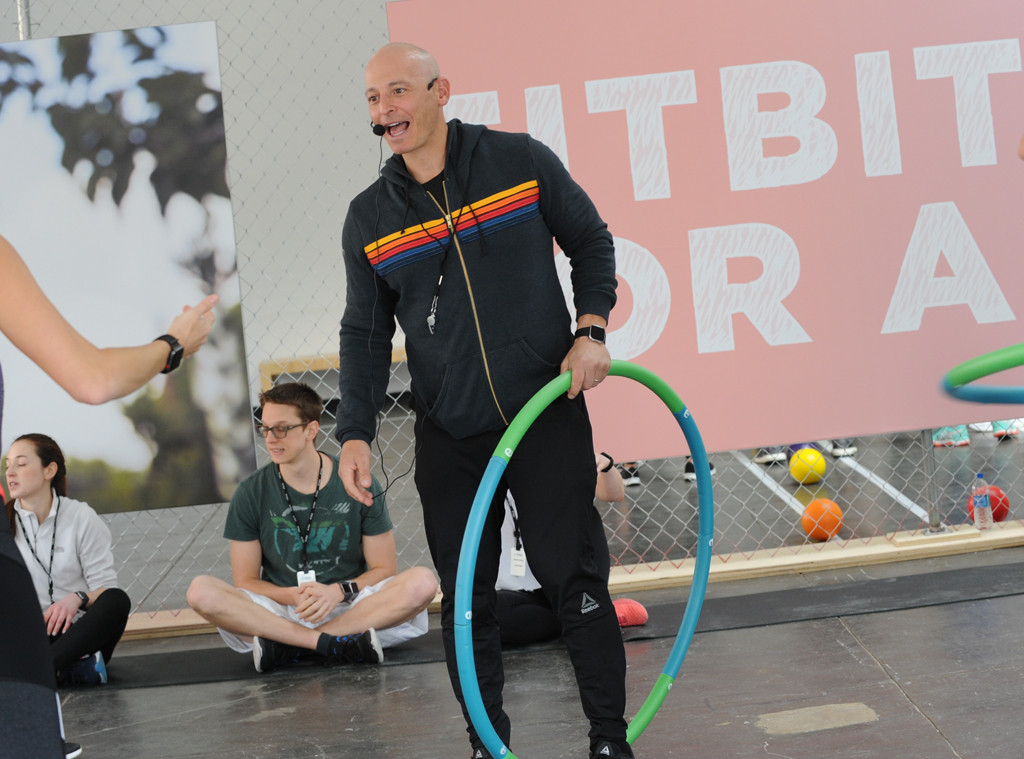 While you're adopting new, healthier habits, you might as well cut back on your intake of added sugars to the 25 (for women) to 36 (for men) grams the American Heart Association recommends per day. Under the tutelage of Pasternak, whose Sweet Kick was created to help combat those cravings, that might look like a one-egg and three-egg white scramble with spinach, avocado and hot sauce and a bowl of blackberries for breakfast, a turkey-swiss-and-red pepper sandwich in a low-carb tortilla for lunch and seafood for dinner, plus nuts or veggies with hummus as snacks.

And when the urge to indulge strikes, he advises, get your money's worth. "I think life is all about balance, but if you're going to do it, make it a special thing," he explains. "Twice a week I'll bake with my kids. We won't just keep a box of Oreos to knock back a couple times a day. We'll make it special."

His workout advice is measured as well. In addition the aerobic component—"12,000 steps a day whether you walk, jog, run, stair-step, pedal, just move your body," he says—he believes you can get a solid sculpting sesh in just 10 to 20 minutes five days a week by concentrating on two toning moves.

Day one, try reverse lunges and a frog crunch; day two, a hip thrust and a triceps push-up. On day three, go for an active clam shell and a side plank, followed by a pike plank and a Superman on day four and a good morning and reverse fly for day five. Start with three sets of 10 reps each, working your way up to five sets of 20 reps and, finally, seven sets of 30.

It's quick and attainable and designed for longevity. "Too many people are trying to do jogging in place and jumping jacks and sprints and huffing and puffing and they're exhausting workouts and they're like I've had enough of this," he explains of keeping his moves simple and brief. "I believe in being very strategic and methodical, strategic with what we do," he continues, "and your workouts are not how you're going to burn your calories. Your workouts are about toning, tightening, sculpting. That's it. You're going to get lean and burn your body fat through your step count and through your food."

So, what are you waiting for? Get to stepping!