Dr. Phil Clarifies His Controversial Comments About the Coronavirus Lockdown 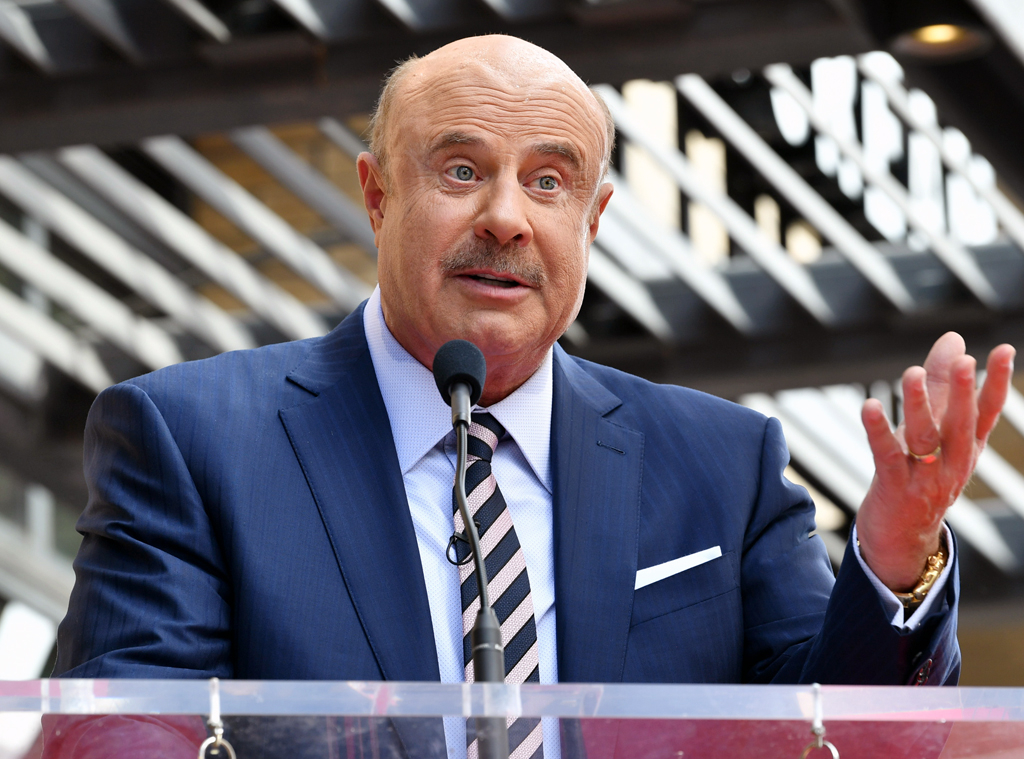 After facing viral criticism, Dr. Phil wants to clear some things up.

While appearing via video on Fox News' The Ingraham Angle on Thursday night, longtime TV host Phil McGraw was discussing the psychological and physical problems people under lockdown can potentially face the longer it goes on when he made some comments that sparked backlash.

"The fact of the matter is the longer this lockdown goes on, the more vulnerable people get and it's like there's a tipping point. There's a point at which people start having enough problems in lockdown that it will actually create more destruction and actually more death across time than the actual virus will itself," he claimed on the show.

After citing numbers of deaths from poverty, car accidents, smoking and swimming pool accidents, Dr. Phil argued, "But, we don't shut the country down for that, but yet, we're doing it for this and the fallout is going to last for years because people's lives are being destroyed."

Online, some took issue with him comparing such incidents to deaths caused by a contagious virus while others questioned his credentials and pointed out McGraw is not currently a licensed psychologist. As a result, "Mr. Phil" began trending on Twitter as many noted he is not a medical doctor.

On Friday, the talk show host took to social media for his daily livestream, where he addressed the backlash. Dr. Phil's $5 Million Mansion Is Not What You'd Expect: Go Inside the Bizarre Home

"I'm concerned that the deterioration of the mental and physical health can be substantial from enduring prolonged quarantine while also worrying about being infected with a dreaded virus in the midst of a crashing economy, lost jobs and an inability to even feed your family," he told viewers.  "I have said that depression, anxiety, loneliness and a feeling of helplessness among other things can create problems that can last for years and cost lives and that just should not be ignored."

He continued, "And therefore, we need to be looking to safely, responsibly follow the science and get back to our lives as soon as possible."

However, he was careful to note that he does not mean that people should "just run back out there and start pretending that nothing has ever happened." McGraw reiterated his support of quarantine guidelines, widespread testing, protecting the high-risk portion of the population and listening to your governor.

While he acknowledged that he is not an infectious disease doctor, that he could have used "better examples" of deadly risks than the non-contagious ones he used on Fox News and that one of the numbers was incorrectly quoted, McGraw reiterated his previous point that being locked down can take a toll on mental and physical health. As a result, the TV personality called for resources to help people manage if social distancing protocols continue.

"If we can get back to our lives soon, great. Let's do it responsibly and let's follow the science. And, if once we do that, we see that a spike starts to go up and we need to step back again, then that's what we'll have to do," he said. "But, if we stay locked down, we've got to help people with how to cope with depression, how to cope with loneliness, how to cope with a feeling of helplessness, how to help our children not be afraid."

As he added toward the end of his livestream, "I know that the longer we stay in quarantine, the more psychological issues and damage we have."