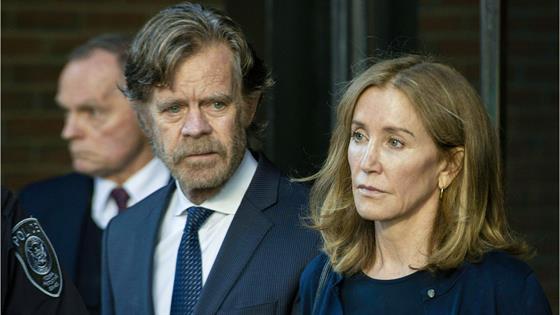 Over the weekend, the former cast members had a virtual reunion, where they caught up and chatted with each other in the comfort of their homes. It wasn't a Wisteria Lane gathering but it was a reunion nonetheless.

Eva Longoria, Marcia Cross, Vanessa Williams, Dana Delany and Brenda Strong all appeared on Stars in the House to raise money for The Actors Fund, which is especially helpful amid the Coronavirus pandemic.

During their conversation, the ABC cast brought up Felicity Huffman, and praised her as an actress and fellow colleague. While the 57-year-old star wasn't present during the virtual chat, her former co-stars had nothing but nice things to say.

"Felicity Huffman is a flipping genius," Cross said, after watching a scene of her from the show. "She's just an unbelievable actress."

"I remember that storyline... because we were always a true dramedy—a joke, and then that gravity would take you by surprise and that's what I loved about the show," Longoria added. 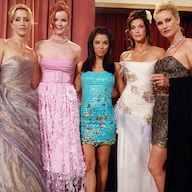 Desperate Housewives: Where Are They Now?

"But when Felicity had this storyline, she sunk her teeth into it. She had so many questions... every scene... she's the actor," she continued.

The Texas native recalls being so enthralled by Huffman that she would sometimes forget her own lines.

"I remember getting goosebumps when I did a scene with Felicity in the hospital, during that cancer storyline," she said. "I was just watching her that I'd forget my lines... 'cause she was so amazing." Longoria later expressed that she had a special bond with the When They See Us star.

"Felicity and I have such a strong connection," she explained. "We've all created these amazing friendships outside the show that are lasting forever."

It wasn't too long ago the 45-year-old actress spoke highly of Felicity and how she "impacted" her experience on Desperate Housewives.

"Felicity was the first one to take my under her wing. From the first table read of the script, she noticed me sitting alone, scared and unsure of where to and what to do," Longoria shared last September.

She continued, "Her gentle character and kind heart immediately opened up to me. She approached me, introduced herself and said, 'Don't be scared, we will get through this together,' as she sat down beside me and never left my side since that day."

The Texas native also opened up about how Felicity was one of the few people who helped her deal with a bully on the set of the ABC show.

"There was a time I was being bullied at work by a co-worker. I dreaded the days I had to work with that person because it was pure torture," Longoria revealed. "Until one day, Felicity told the bully 'enough' and it all stopped. Felicity could feel that I was riddled with anxiety even though I never complained or mentioned the abuse to anyone."

Despite her involvement in the college admissions scandal, which Felicity was sentenced to prison for, her former co-stars have continued to stand by her side.

You can watch the Desperate Housewives stars chat about their co-star, the beloved show and more in the video above!