Ansel Elgort and high school sweetheart Violetta Komyshan may have a love story that needs to be protected at all costs—but his West Side Story costar Rachel Zegler would very much like to be excluded from the narrative.

Having tweeted post-filming that "falling in love with him was easy," the 18-year-old was forced to clarify the obvious: She meant onscreen, people! "The fact that i have to say something is absolutely absurd," she wrote in October of the since-deleted missive. "but the DMs and the name-calling and throwing around the word homewrecker over me expressing genuine love i have for my coworker is heartbreaking and i don't want any part of it." 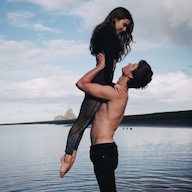 Which, not cool, trolls. But it's also easy to see why people are so devoted to Elgort and his longtime gal.

Turning just 26 today, the actor has nonetheless been courting the ballerina for nearly all of his life—starting from the moment he spied her in the halls of their high school, New York City's Fiorello H. LaGuardia High School of Music & Art, best known for inspiring the 1980 classic, Fame.

During her freshman year, "I was with my friend, and he was walking down the block," the 24-year-old shared with Cosmopolitan in 2017. "I didn't even know he went to my school—I just thought he was really attractive. I looked at him and told my friend, 'Oh my God, that guy's so hot,' and she's like, 'Oh, that's Ansel, he goes to LaGuardia."

By the next day, he was waiting for her after classes "and told our friend to introduce us," she shared, sparking a yearlong friendship that turned into romance, Elgort playing the part of the besotted suitor. "He posted this cute photo of me," she told the outlet, "and said, 'I've been obsessed with her since high school.'" 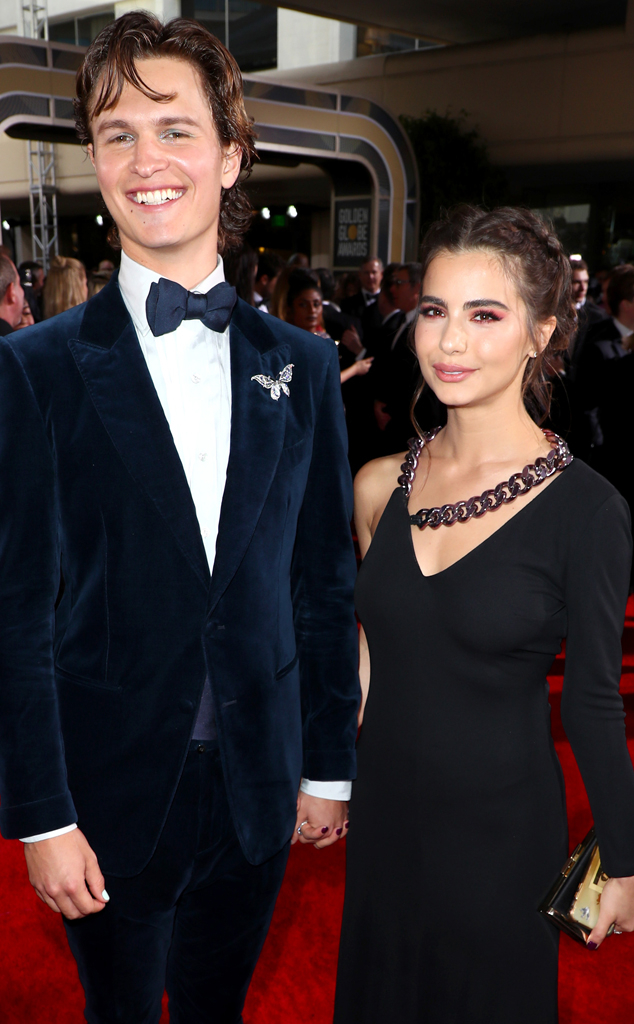 That passion has helped them survive the first stumbling block that tends to trip up other celeb couples. As Elgort, fresh off turns in the 2014 weepy, The Fault in Our Stars, and the first film of the Divergent trilogy and with a bustling career as EDM DJ Ansølo, was busy being touted as the next young heartthrob, the pair decided to take a pause,  Elgort's nonstop filming and press schedule making any type of consistent relationship next to impossible.

"They tried to navigate his commitments, but between filming and press for the movies [it got difficult]," a source told Us Weekly at the time.

And while the New York native, son of Vogue photographer Arthur Elgort and opera director Grethe Holby, could have turned up on the arm of Hailee Steinfeld or Emma Stone and it would have made sense, instead he chose to return to the woman who'd left him flummoxed since his early teens. 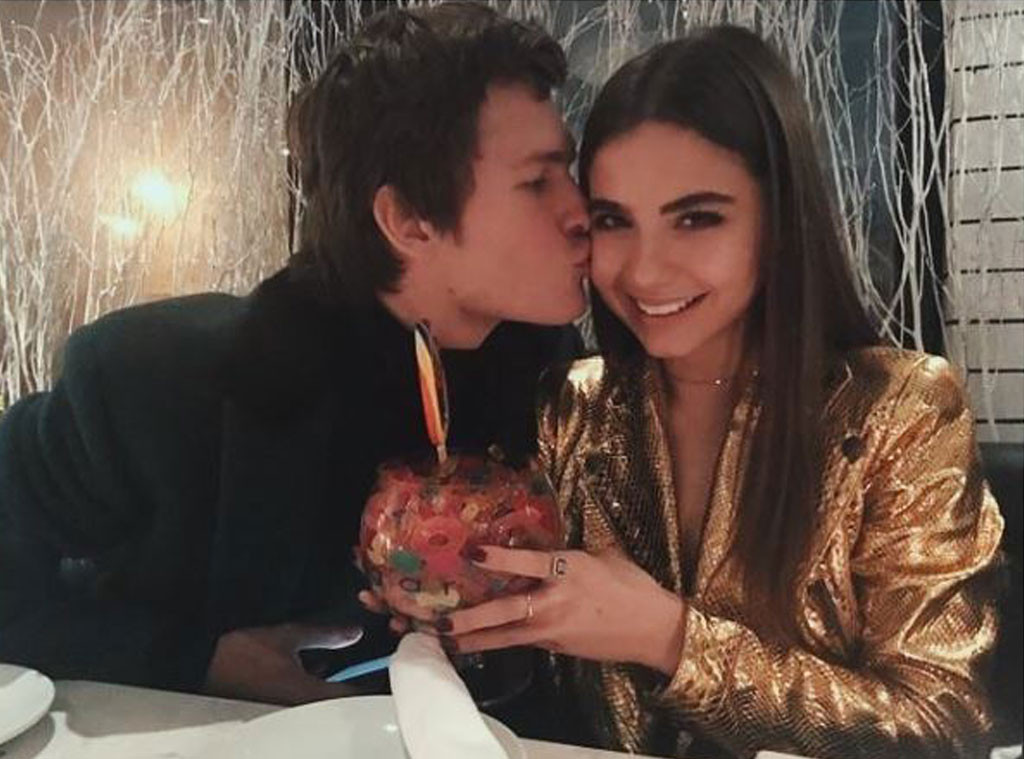 So they reunited and set about making us all jealous with their adorable red carpet appearance (she told Cosmo she's gleaned posing tips from watching Nicki Minaj and Irina Shayk) and enough Instagram selfies to turn them both into must-follows, Komyshan building a secondary career as an influencer working with brands such as Tods and Forevermark Diamonds.

"I mean, it's kind of crazy because my mind wants to do 30 things at the same time," the Toronto native told the New York Post last summer. "But I feel like you can never really make it to the top if you don't focus your ­energy on [one] thing. Right now, it's dance."

So while Komyshan keeps busy performing at the Whitney Biennial and with Chicago Ballet Conservatory, she and Elgort have plans to team up professionally in the future. "We want to do a music video together. I want to do a dance duet with her actually," the former School of American Ballet student told E! News in 2018. "She would make me look good. I wouldn't have to do that much work."

And they've already proven to be an excellent team. "We talk about our ideas and our goals together," he continued. "It's like our bedroom talk. What are our goals for the next couple of months? What are we doing? What are we striving for?" 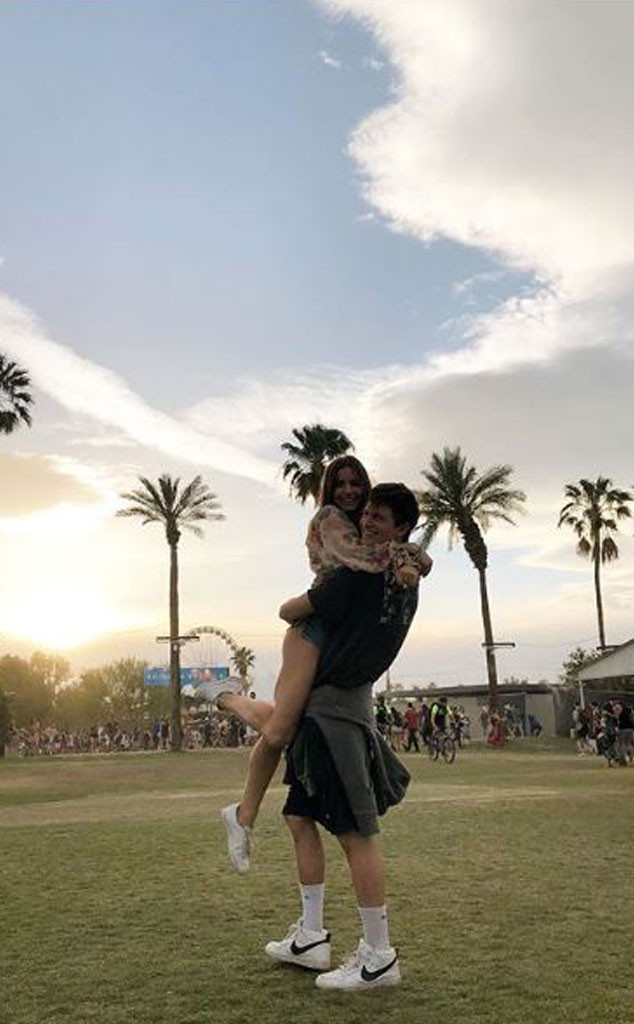 And, sure, he caused a bit of hysteria when he suggested he'd prefer not to be in a monogamous relationship, telling The Times in September that in addition to appearing in a few more plays and performing his music, "I'd also like to find a lot more love."

But he was straightforward about her role in all of this, explaining how he had love for his male friends, so he'd like to feel free to do the same with women. "It doesn't need to be sexual. I could be done sexually with my girlfriend," he said. "I think we've been pretty clear that I want to feel free to fall in love with people and that [option] should be open, but sexually it can be closed off."

Because after nearly a decade together, these two just get each other. When Elgort inexplicably posted 17 selfies over the course of a 10-minute period last May, she responded simply by commenting on pic no. 15: "I think this one is the best. But they're all pretty good tbh." 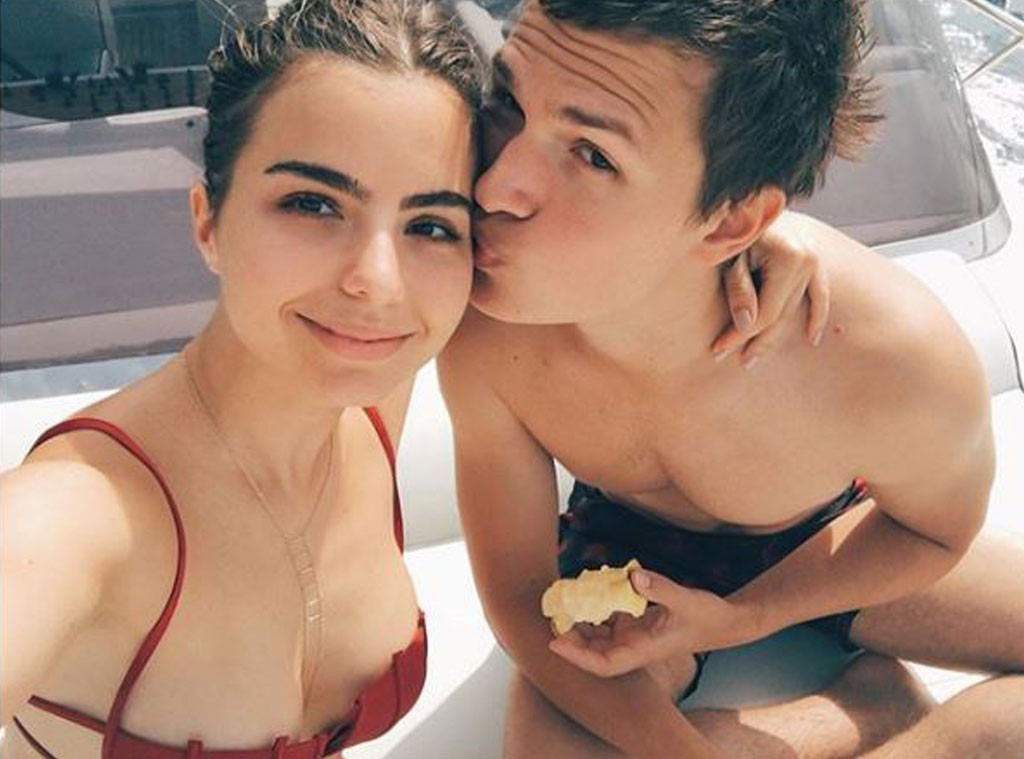 Which, if you think about it, is a pretty apt description of their relationship. There are more than a few highlights—trips to Hawaii and the Dominican Republic, red carpets for envy-inducing events such as the Oscars and New York City Ballet's Spring Gala—but tbh, it's all pretty freakin' fantastic.

"If you can find a girl who you can go to an EDM concert with, have a conversation with, who will sit on the couch and watch you play GTA for three hours—and then you go to bed and have amazing sex? That should be your girlfriend," he told Elle in 2015 of Komyshan appreciating his love for both Grand Theft Auto, dance music and, well, you know. 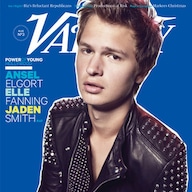 Most importantly, though, she knew him long before the world did. Asked what it was like dating his high school sweetheart, Elgort told Women's Health in 2017, "I've never been with somebody from Hollywood, so I don't know what it's like, but I like having my love be away from my work. It's nice that she knows me as me before I was influenced by success or the stress and responsibility of being an adult. I feel like everyone's at their purest when they're just a kid."