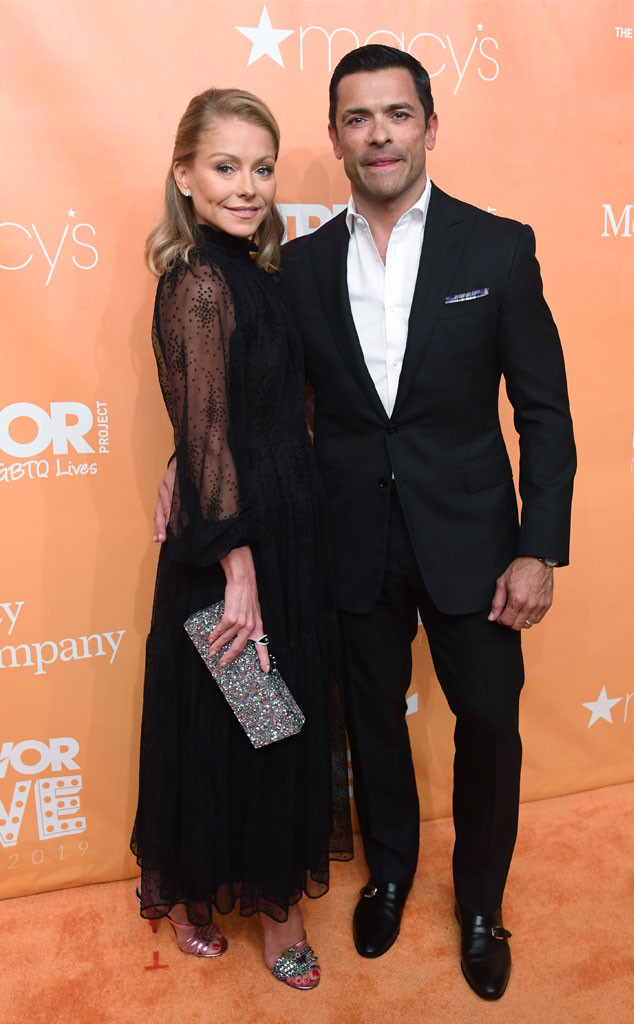 Kelly Ripa and Mark Consuelos are coming to Oxygen!

On Wednesday the network announced that the husband-wife duo and true crime enthusiasts will executive produce a new series called Exhumed.

According to Oxygen's release, "In each self-contained episode, Exhumed examines a gripping murder case in which unearthing a victim's body is the vehicle in solving the twisted crime. Viewers are provided with a 360-degree look at the exhumation from the emotional lens of a distraught family and the strategic perspective of the investigators assigned to the puzzling case. Featuring stylized re-creations, haunting archival footage and powerful interviews with those closest to the cases, each episode will feature a suspenseful exhumation that has led to shocking new breakthroughs, unexpected plot-twists, and ultimately, justice being served." 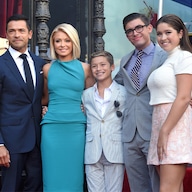 "As diehard true crime fans, we are thrilled to be partnering with Oxygen on Exhumed," Ripa and Consuelos said. "We cannot wait to dig into these fascinating cases and showcase how exhumations have been crucial in solving crimes and bringing closure to families across America."

Oxygen announced two additional original series, The Jane Doe Murders and The Case Died with Her, in addition to a second season of Injustice with Nancy Grace.

"We're excited to announce the greenlight of these new and returning series that feature super compelling topics and key voices from within the genre," Rod Aissa, Executive Vice President of Original Programming at Oxygen and E! Production, added. "In 2020, Oxygen is increasing its original programming by double digits, maintaining our commitment in delivering premium true-crime content for our passionate fanbase of armchair detectives."

Read on for more info on Oxygen's upcoming programming:

The Jane Doe Murders:
In the U.S. alone, there are nearly 40,000 open cases where a victim of a violent crime remains unidentified—bodies without names and loved ones never returned to their families. Without identification there can be no justice for the victims' families and cases often go unsolved. But now, thanks to ground-breaking new forensic technology, investigators are able to bring a victim's face to life and uncover new evidence. In the new special The Jane Doe Murders, renowned crime scene investigator Yolanda McClary will delve into an active case from Polk County, Oregon. In the special, Yolanda works alongside Polk County investigators as they work tirelessly until the Jane Doe's identity is revealed and in hopes of putting together the pieces of what happened.

The Case Died With Her:
In this new special, legal commentator and former prosecutor Loni Coombs dives into the case of Emilie Morris, a woman in her 30s who suffered an untimely death just after bringing charges against Jim Wilder for sexually inappropriate behavior when she was a minor. Drawn from extensive reporting in 2018 by then BuzzFeed News national reporter Jessica Testa, the special follows Emilie's sister Andrea and mother Joan on their emotional crusade in gaining closure and understanding. While various systems failed Emilie, her family is dedicated to shedding light on the effects of child sexual abuse with hopes of making things right for Emilie and for women everywhere.

Injustice with Nancy Grace Season Two:
Season two of the acclaimed series, Injustice with Nancy Grace, will once again captivate viewers as Grace lends her expertise as a former prosecutor, journalist and victim of a violent crime herself, to bring her unique perspective to dramatic and mysterious murder stories.  Through archival footage, first-hand interviews and cinematic recreations, each riveting episode will examine cases that illustrate the many and varied failures, biases and shortcomings of a sometimes-flawed legal system, and the ways in which law enforcement, communities and victims' families forge a path forward in seeking justice.

(E! and Oxygen are both part of the NBCUniversal family)