90 Day Fiancé: Before the 90 Days and the Case of the Missing Instagram

Yolanda and Williams began chatting on Instagram when he slid into her DMs after she showed off her weight loss transformation. After some time chatting, the two made plan to meet up. However, Yolanda declined to send Williams the money for him to come to her. Instead, she said she'd go across the pond to the United Kingdom to meet him. While planning her trip with her daughter, she couldn't get Williams to tell her which airport to fly to. This gave her pause, understandably, and the next day Williams failed to return her contact during their normal time chatting. 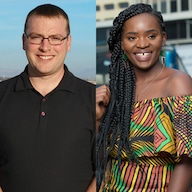 After many texts and phone calls, Yolanda discovered Williams wiped his Instagram and changed the name. She continued to call but could not get in contact with her online beau.

"This is crazy," Yolanda kept saying in disbelief.

Darcey and Tom
Despite not speaking regularly anymore, Darcey said as far as she's concerned, she and Tom are still together. They never discussed a breakup, she maintains. But Darcey got some Instagram photos from her sister Stacey who in turn got them from her fiancé. They photos were of Tom with another woman in Nottingham. They looked…very close.

Why couldn't Darcey see these photos you ask? Darcey and Tom blocked each other on social media following a fight. 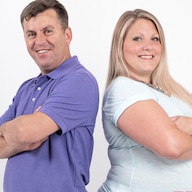 Geoffrey and Varya
These two are finally meeting…and both feel distance and awkwardness from each other and quite seem to figure out why. Is she not attractive to him? That's not it. Is he just nervous? Maybe. She thought he was robotic with no emotions.

After a reset in the car, the two got dinner together and Geoffrey wasn't really impressed with her choice of cuisine for him. Dinner took another turn when she asked him why she had to find out about his kids via social media.

Lisa and Usman
Lisa traveled to Nigeria, so viewers got to see more from Usman this week. He lives in one room with Usman and Giant, his roommates. He said he wants to be famous in America. While discussing Lisa with his friends (they were surprised), he described Lisa as very jealous and said she often direct messages his fans to stay away from him. For some reason, he decided it would be a wonderful surprise to bring his roommates to meet Lisa at the airport.

Once together, Usman said it was like heaven with Lisa. She said he's more handsome in person. He said she has more belly than he thought she would and he wished she had a bigger chest and smaller waist. However, she has a big heart, he said, so that's what matters.

Stephanie and Erika
Meet 90 Day's first same-sex couple. Stephanie, 29, lives in Yonkers and creates content for her YouTube for a living. Her introduction to viewers contained her singing a song about pizza. Stephanie and Erika started talking online casually and it quickly progressed to Stephanie revealing her romantic feelings for Erika, the 24-year-old from Australia.

Stephanie often rushes into relationships, her friends said, and they're concerned. Her family doesn't know she's bisexual and then there's the whole aplastic anemia thing. A common cold could very well kill her, so traveling is risky. But she said Erika is worth it.

Big Ed and Rose
Big Ed found his way to the Philippines where Rose was nearly an hour late to meet him. Traffic. But before she got there, viewers got to see her at home. She lives with her sister behind her sister's store. She has no kitchen or toilet and they sleep on the floor. It's a hard life, she said, but she's a positive person. Big Ed is attractive to her because he's jolly. In her ideal world, the two will have two kids together.

Once together, Ed said he believed in love again after Rose confirmed he was attractive to her. She was surprised how short and round he was.

Avery and Ash
At home with Ashe, viewers learned he was very spiritual, he doesn't drink, he doesn't smoke weed (Avery is a cannabis cook). Instead, he goes into the water every morning and meditates.

As a relationship coach, he said he knows how to talk to women and has dated quite a bit, but he's ready to see if the spiritual connection he felt with Avery was the real thing.