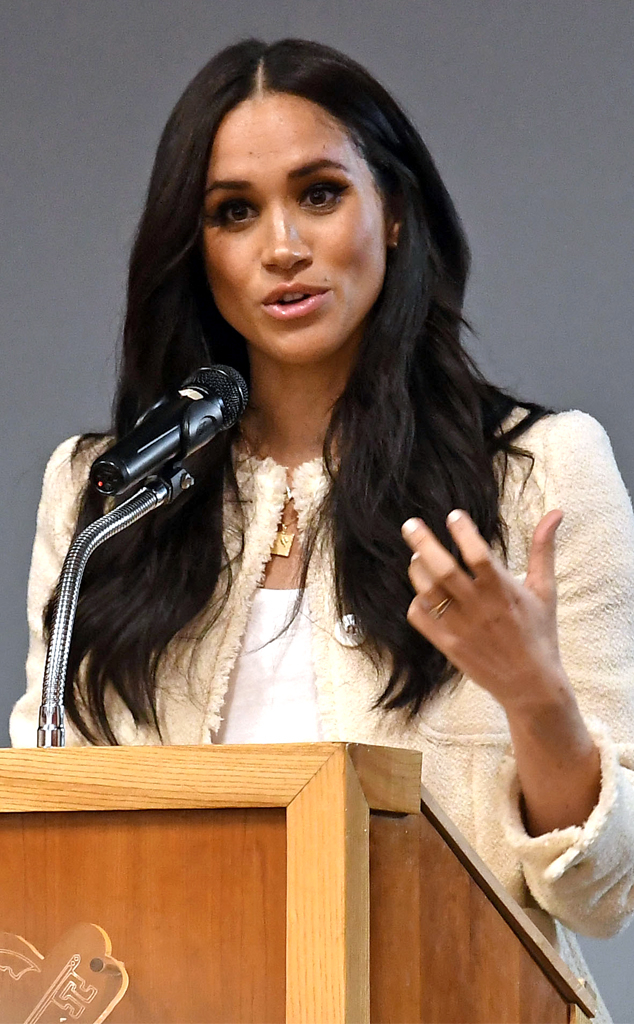 Meghan Markle continues to be a role model.

Ahead of International Women's Day (which is on March 8), the Duchess of Sussex used her celebrity platform to spread a positive and empowering message about championing for gender and racial equality.

On Friday, Meghan visited the Robert Clack Upper School in east London, where she encouraged all of the students to uplift, support and celebrate women.

"It is such an honor for me to be here today," she began her speech. "When we thought about what I wanted to do for International Women's Day this year, for me, it was incredibly important to be with the women of our future. And that is all of you young women here, as well as you, the young men, who play a very large part in this."

Meghan pointed out the school's location also played an important role, considering it's in the area of Dagenham. 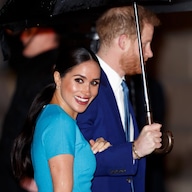 For some backstory: in 1968, the sewing machinists strike made waves in the district, according to The Guardian. 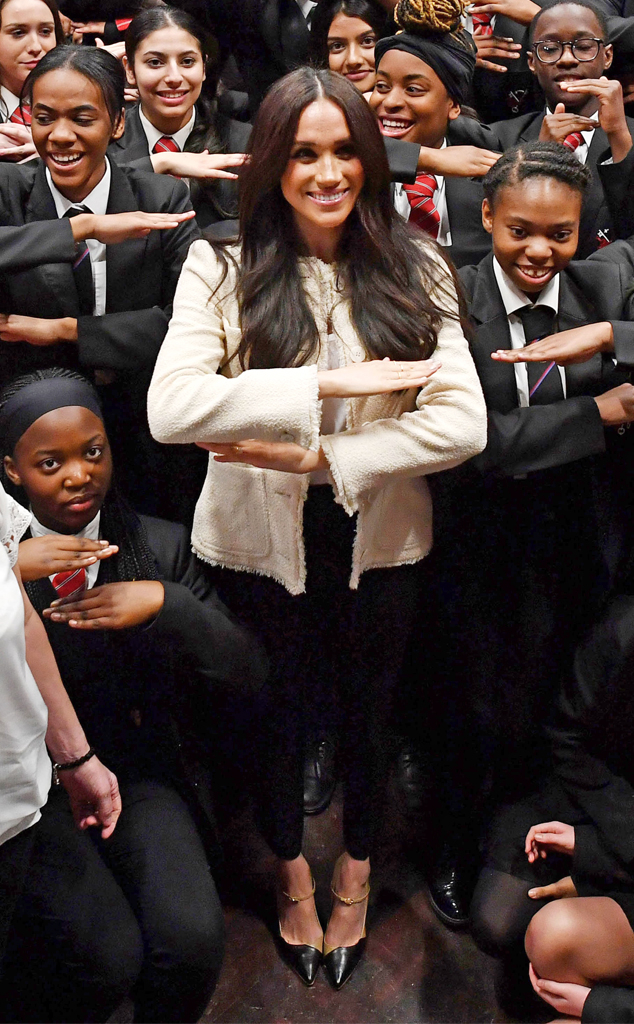 The boycott led to many female workers at the Ford Motor Plant fight for equal pay. This movement also led to a women trades unionist demonstration in the capital's Trafalgar Square. By 1970, Britain's Equal Pay Act was born.

"I think specifically coming to your school made a lot of sense for me because of this social justice and the impact that it's rooted in," Meghan shared.

She urged students to not only use their voice on International Women's Day... but all year round.

"It's not just on Sunday, not just on International Women's Day, but everyday... to remember the value that we all bring to the table," she explained.

"Being in Dagenham is incredibly profound. Because as you can see with Geraldine and the other women who had the strength to really stand up for something that they knew needed to be done," she continued. "... Is the best example of no matter how small you might feel, how low you may feel on the ladder or the totem pole, no matter what color you are, no matter what gender you are—you have a voice, and you certainly have the right to speak up for what is right." 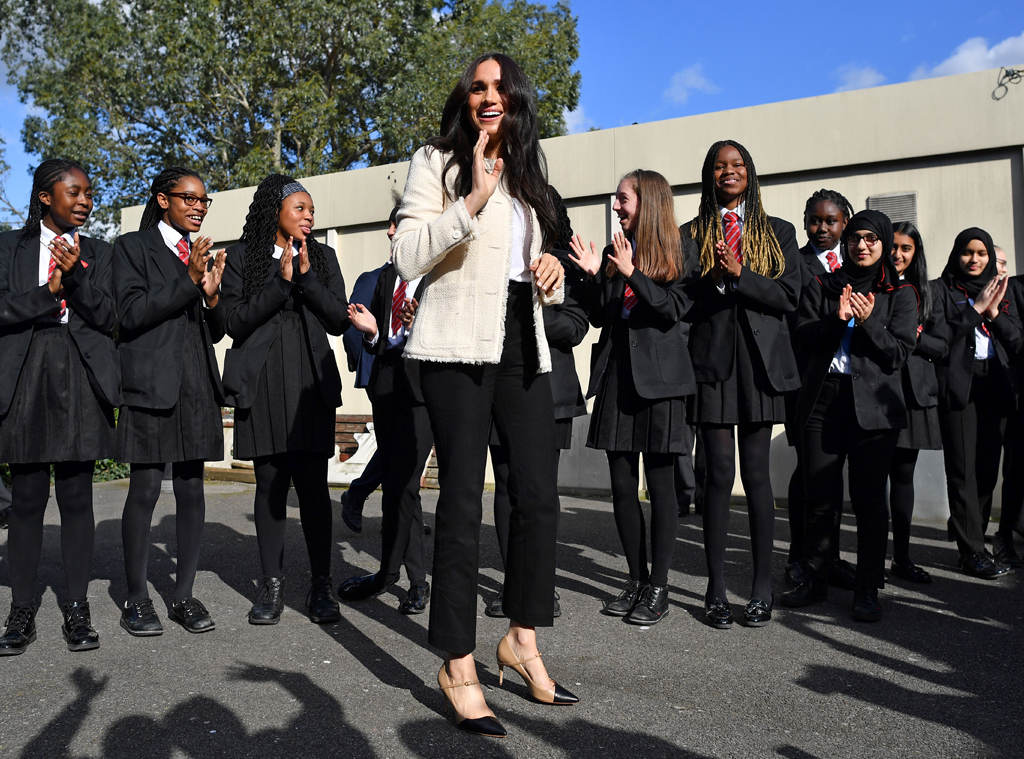 Meghan wasn't the only one to speak that day. She asked if any "brave" young men would like to share any remarks for the national holiday.

"Who wants to come and say what he thinks the importance of International Women's Day is," she asked. "I know there's going to be one of you!"

16-year-old Aker Okoye stood up and went to the podium to speak out.

The former Suits star explained her reasoning for bringing up a male student to the podium.

"I think that is the point, in many societies it doesn't matter where you are, it's very easy to sometimes compartmentalise or silo this idea of International Women's Day solely being about women," she said. "But it's not... it's about all of us."

She also encouraged the young male students to keep respecting the women in their lives.

"For young men, to continue to value and appreciate the women in your lives, and also set the example for some men who are not seeing it that same way," she shared. "You have your mothers, sisters, girlfriends, friends in your life—protect them. Make sure that they are feeling valued and safe."

"What's really key for all of you to remember, is especially looking at the people who paved the way for you to get to this point in your lives to be able to have the access that you do," Meghan expressed. "It's not just an opportunity to continue that, it's a responsibility."

She added, "I encourage and empower each of you to really stand in your truth, to stand for what is right... to continue to respect each other."

In the final words of Meghan, "Let's all rally together to make International Women's Day something that is not just on Sunday... but frankly, feels like every day of the year."