Going Solo: Ranking the Careers of Pop Stars Who Broke Up the Band 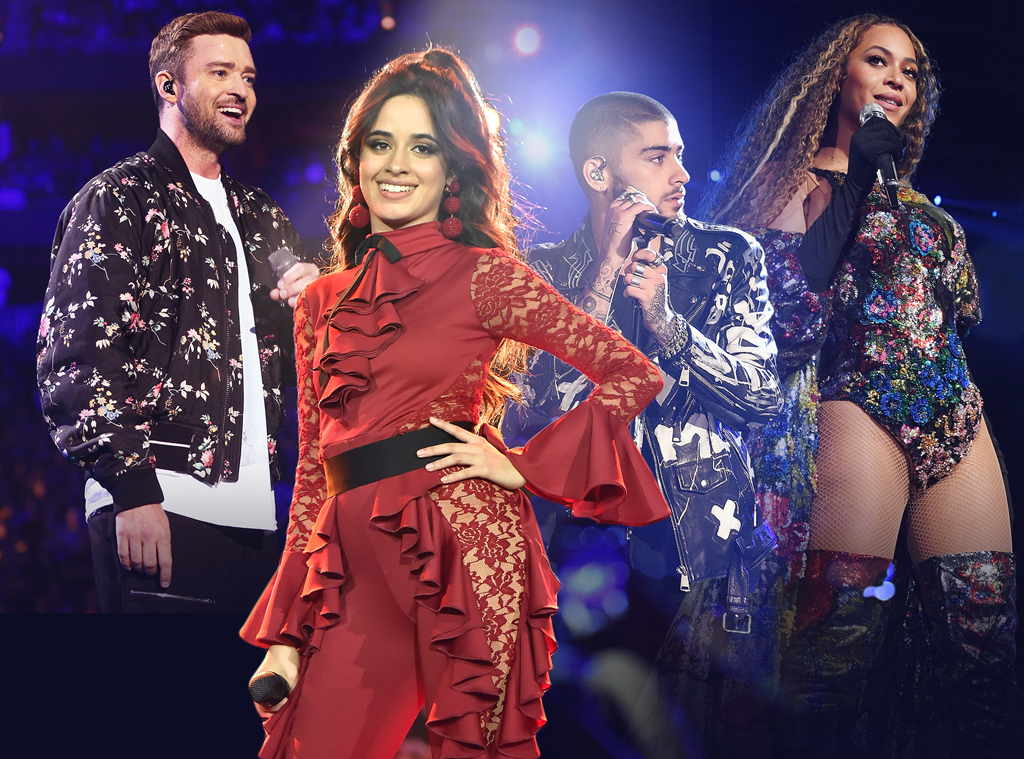 When Camila Cabello shocked Fifth Harmony fans—not to mention the four other women in the group with her—by announcing her imminent departure from the girl group that gave her her start, the future was far from certain for anyone involved.

Would the group, formed during the second season of Fox's short-lived U.S. adaptation of The X Factor, survive as a quartet? Should it? And what would become of Cabello? Would fans care about her on her own?

The answer to those questions? In short: no, probably not—though their lone LP sans Cabello, 2017's self-titled album, gifted us the absolute bops "Down" and "He Like That"—more than she probably imagined, and a whole helluva lot.

Though her debut single, the absolutely forgettable "Crying in the Club," failed to capture anyone's attention, Cabello quickly turned things around by tapping into the Latin pop sounds of her heritage on "Havana," the track that gave her the star-making moment she was hoping for. Since then, she's released two full-length albums, landed two No. 1 singles on the Billboard Hot 100, and landed herself the role of Cinderella in an upcoming musical remake produced by James Corden. Not too shabby.

In honor of the pop star's 23rd birthday on Tuesday, March 3, let's take a look at how her solo career stacks up to all those who've come before her. We're talking about those boy band and girl group members who knew they were destined for more on their own. While Cabello seems to have gotten her fairy tale ending, not everyone else was so lucky. You'll see what we mean. 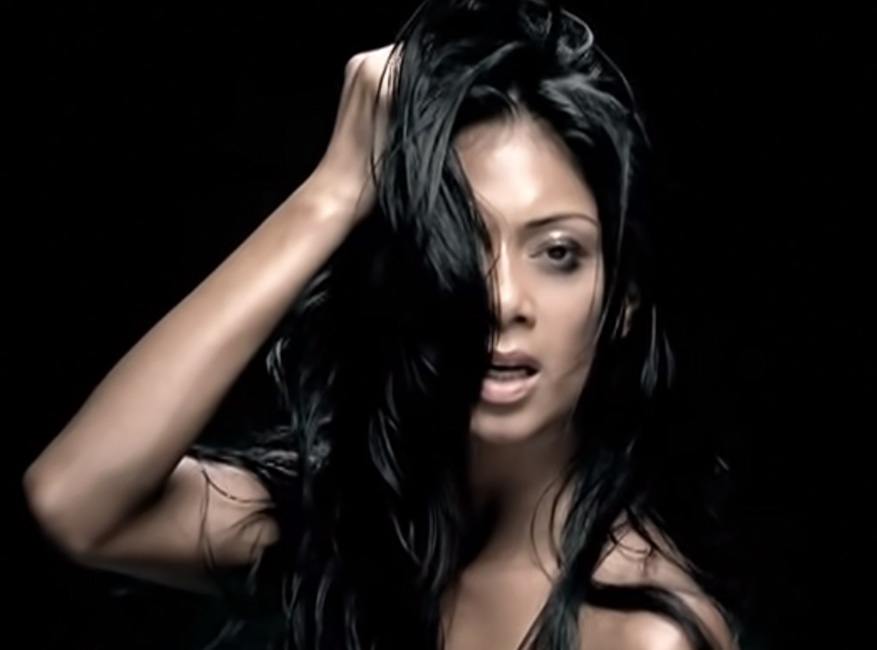 After the massive success of the Pussycat Doll's debut album in 2005, lead singer Nicole Scherzinger got to work on a debut studio album entitled Her Name is Nicole. It was announced for release in summer of 2007, but after four consecutive singles—"Whatever U Like," "Baby Love," "Supervillain" and "Puakenikeni"—failed to make any impact on the charts, the album was shelved and she returned to the group for Doll Domination, their second and final album, in 2008.

After the group disbanded, two solo albums—2011's Killer Love and 2014's Big Fat Lie—were recorded, though neither were ever given an official release Stateside. Scherzinger's maintained a presence in the UK, where she's charted well, with a judging role on The X Factor. She returned to the group once again in 2019 to a mini-reunion tour across the pond after debuting new single "React" on British TV. 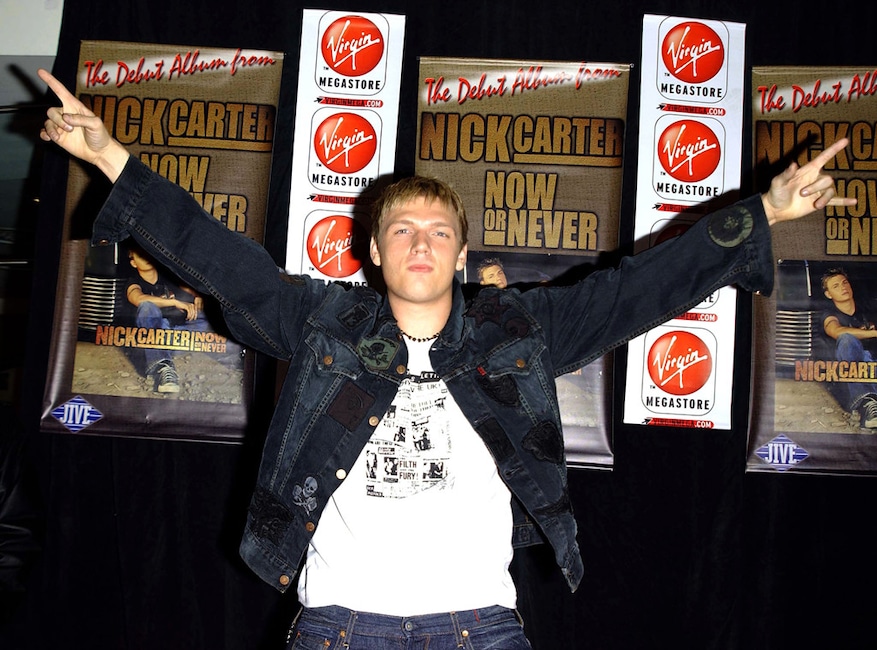 After opting to say with the Backstreet Boys' management company The Firm in 2002 after the group expressed their desire to leave, Nick Carter began work on a solo album while the rest got to work on an album of their own. Now or Never, Nick's debut solo LP, was released on October 29, 2002 at No. 17 on the Billboard 200 before falling out of the top 50 a week later. It was eventually certified Gold, but none of the tracks had much impact on pop music. By 2004, he'd reconciled with the group and appeared on their 2005 album Never Gone. He released two more solo albums, one in 2011 and the other in 2015, but neither charted in the U.S. 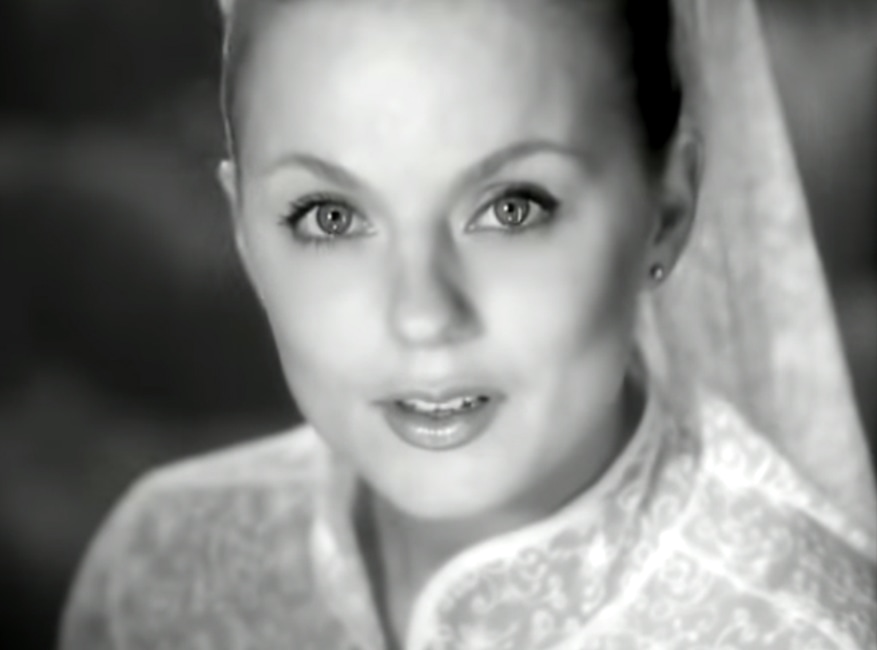 After bring the globe to a halt with her 1998 decision to take the Ginger out the Spice Girls recipe, Geri Halliwell released her debut solo album, Schizophonic, in 1999. The album debuted at No. 42 on the Billboard 200 before dropping out entire within the next month. However, in her native UK, it peaked at No. 4. Before rejoining the group for the wildly successful reunion tour in 2007, she released two more albums, 2001's Scream If You Wanna Go Faster and 2005's Passion. While neither made much of an impact, the cover of "It's Raining Men" off the former was featured as the lead single on the Bridget Jones's Diary soundtrack. 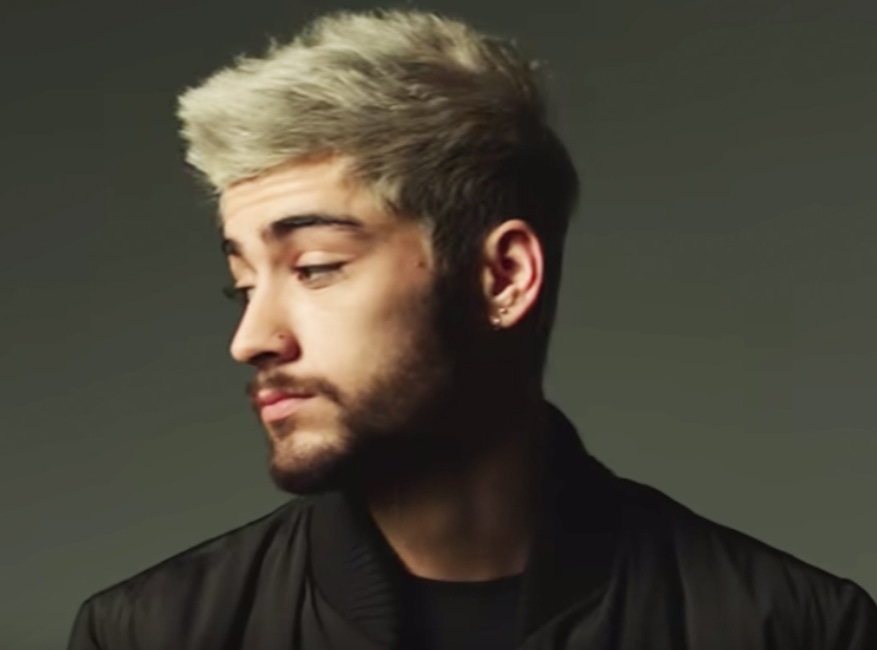 After surprising everyone in early 2015 by announcing his departure from One Direction, Zayn Malik came out the gate strong with the release of lead single "Pillowtalk" in January 2016, earning him his first No. 1 on the Hot 100. Two months later, Mind of Mine debuted at No. 1 as well, making him the first British male artist to debut at No. 1 in both the UK and the US with both debut single and album. His 2018 follow-up, Icarus Falls, wasn't as lucky, peaking at No. 61, but he remains an in-demand solo artist, lending his voice to a pop cover of "A Whole New World" for Disney's 2019 live-action adaptation of Aladdin, so we're not counting him out just yet. 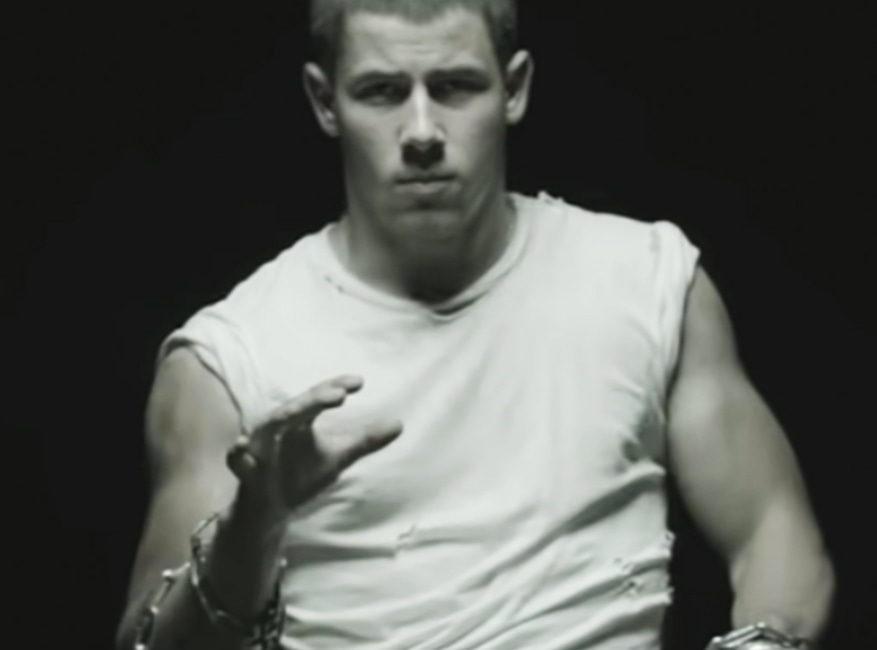 After initiating a Jonas Brothers break-up in 2013 that would leave his family in disarray for years, Nick Jonas became the "It" pop boy of the moment when he released the lead single "Chains" off his eponymous 2014 solo studio album—actually his second, following 2005's Nicholas Jonas, recorded before the JoBros were a thing. (Certainly, the copious shots of his newly beefed-up bod didn't hurt.) Second single "Jealous" peaked gave his his greatest success, peaking at No. 7, while the LP peaked at No. 6. 2016's follow-up, Last Year was Complicated, performed even better, peaking at No. 2, but a string of singles from a proposed third album era that failed to generate much heat and a desire to get the band back together brought him back to the JoBros in time for their massive 2019 reunion. 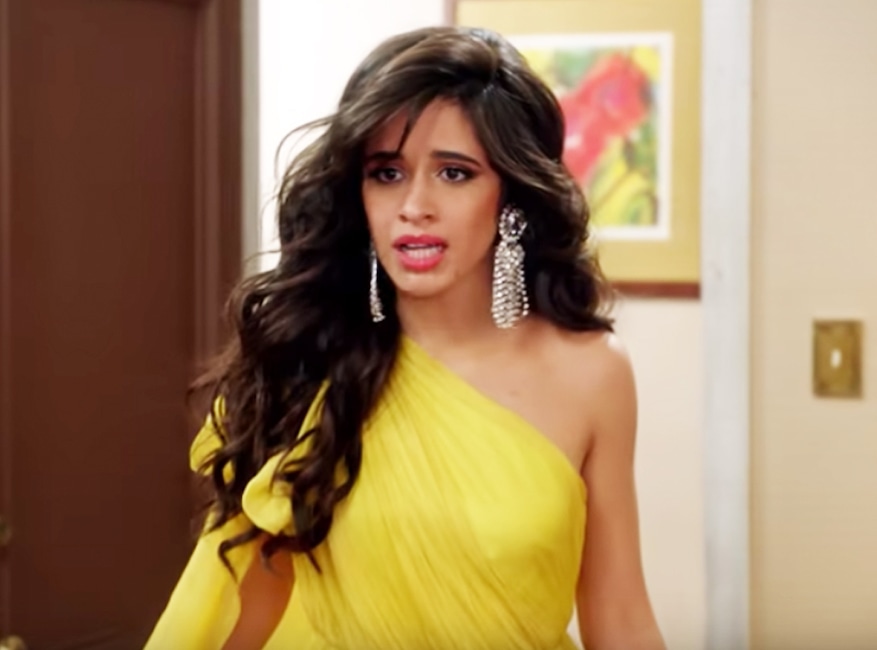 After announcing her departure from Fifth Harmony in December 2016, things looked rocky for Camila Cabello. Her debut solo single, the rather generic "Crying in the Club," peaked at only No. 47 after its released in May 2017, but when she honed in on her Cuban heritage for the Latin pop track "Havana" in August, she found her sweet spot. The track would eventually reach No. 1 and help refocus writing sessions on her debut album, Camila, which debuted at No. 1 in January 2018 full of Latin-influenced tracks.

By June, "Havana" had become Spotify's most-streamed song ever by a solo female artist with over 888 millions streams at the time. It and "Never Be the Same" made her the first artist to top the Mainstream op 40 and Adult Top 40 airplay charts with the first two singles from a debut album.

The following June, she earned her second No. 1 on the Hot 100 when she and boyfriend Shawn Mendes released "Senorita." Her second LP, 2019's Romance, debuted at No. 3 in December and has already been certified Gold. 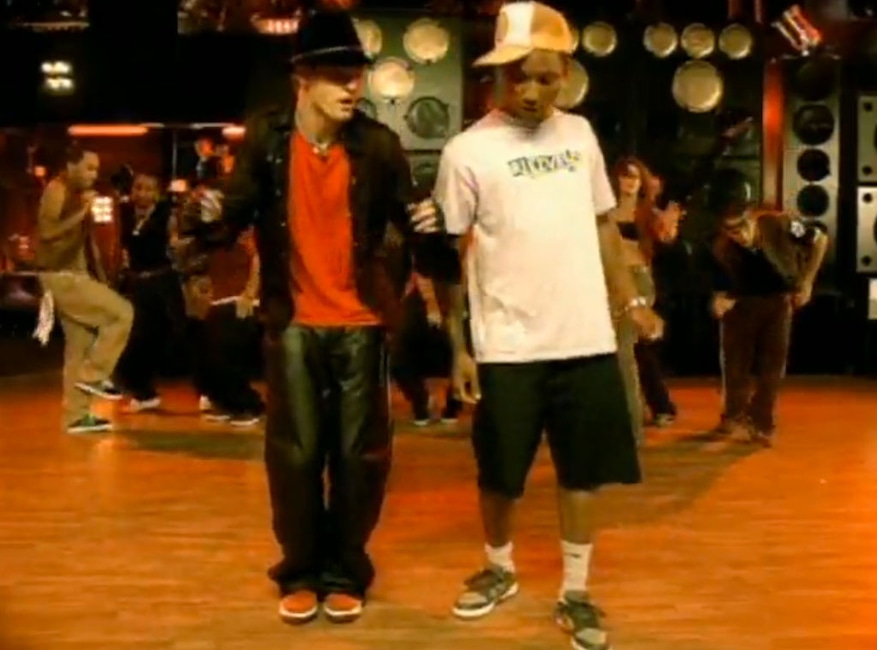 What began as a hiatus for NSYNC became something much more permanent when Justin Timberlake released hist debut solo album Justified in November 2002. Debuting at No. 2, the album helped mature JT's image, spawned hit singles "Like I Love You," "Cry Me a River," Rock Your Body" and "Senorita," and sold over 10 million copies worldwide in its first decade. Since the 2006 release of follow-up FutureSex/LoveSounds, Timberlake has earned four consecutive No. 1 debuts on the Billboard 200, selling over 32 million albums globally.

He's won 10 Grammys, nine Billboard Music Awards, and a Contemporary Icon Award from the Songwriters Hall of Fame. In 2017, Billboard named him the best performing male soloist in the history of the Mainstream Top 40. A year later, he headlined the Super Bowl LII halftime show. His career is the modern gold standard for boy band members looking to go solo, the path all others aspire to.

Did you really expect anyone else? Since debuting atop the Billboard 200 with Dangerously in Love in June 2003, Beyoncé Giselle Knowles has proven she is absolutely without rival. She is the first and only musical act in the Billboard 200 chart history to debut at No. 1 with their first six solo studio albums. She is the most nominated woman in Grammy history and the most awarded artist at the MTV VMAs. She's sold over 100 million records worldwide. In 2018, she became the first black woman—and only person on this list—to headline Coachella. Hell, the surprise drop of 2013's Beyoncé literally changed the industry, changing the idea of how music could be released and when. She is the GOAT, the undisputed queen. Long may she reign. 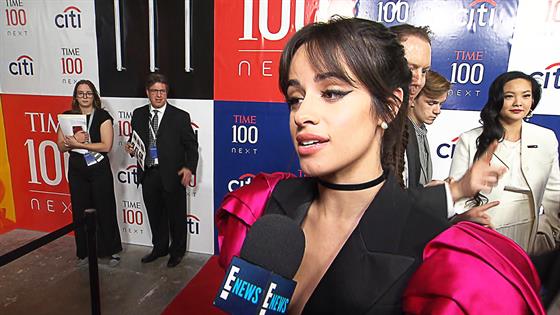