50 Cent, Snoop Dogg and other fans of Kobe Bryant are not happy with Gayle King for bringing up the late NBA icon's 2003 rape case in a CBS interview, while she says she is "mortified" and "angry" with her own network for distributing what she said was an "out-of-context" clip.

Kobe, 41, his 13-year-old daughter Gianna Bryant and seven other people were killed in a helicopter crash in Calabasas, California earlier this month. Since then, several people have posted on social media about how the athlete was charged with sexual assault in 2003. The criminal case was dismissed after his accuser refused to testify, and he later settled a civil lawsuit with her.

King recently interviewed retired WNBA star Lisa Leslie about her relationship with Kobe for CBS This Morning. A clip of her asking the athlete about Kobe's rape case was posted on the show's Twitter page on Tuesday.

Snoop Dogg slammed King in an Instagram response video, posted on Wednesday, and even appeared to issue a threat.

"Gayle King," he said, shaking his head. "Out of pocket for that s--t. Way out of pocket. What do you gain from that? I swear to God, we're the worst. We're the f--king worst. We expect more from you, Gayle. Don't you hang out with Oprah [Winfrey]? Why ya'll attacking us? We your people. You ain't coming after f--king [producer] Harvey Weinstein, asking them dumbass questions. I get sick of ya'll."

FOR MORE TRENDING NEWS TEXT "ENEWS" TO 44144 TO DOWNLOAD THE E! NEWS APP

"How dare you try to tarnish my motherf--king homeboy's reputation, punk motherf--ker?" he continued. "Respect the family and back off, bitch, before we come get you."

Snoop later posted a few photos of King with Weinstein, who is currently on trial for alleged rape.

LeBron James, a close friend of Bryant and fellow L.A. Lakers player, tweeted, "Protect @LisaLeslie at all cost! You're a real Superhero!! Sorry you had to through that s*%#!!! We are our own worse enemies! #Mamba4Life"

In the interview, King tells Leslie, "It's been said that his legacy is complicated, because of a sexual assault charge that was dismissed in 2003, 2004."

"It's not complicated. You just said it was dismissed," 50 Cent commented while watching the clip, as seen in a video posted on his Instagram page on Wednesday.

"Is it complicated for you, as a woman, as a WNBA player?" King asks Leslie in the interview.

👀what is this, wait somebody gotta help me understand why they keep doing this. 🤷🏽‍♂️i apologize for my language in advance let’s talk about this. #starzgettheapp #abcforlife #lecheminduroi #bransoncognac

"It's not complicated for me at all," Leslie replies in the interview. "I just never see- have ever seen him being the kind of person that would be- do something to violate a woman or be aggressive in that way. That's just not the person that I know." 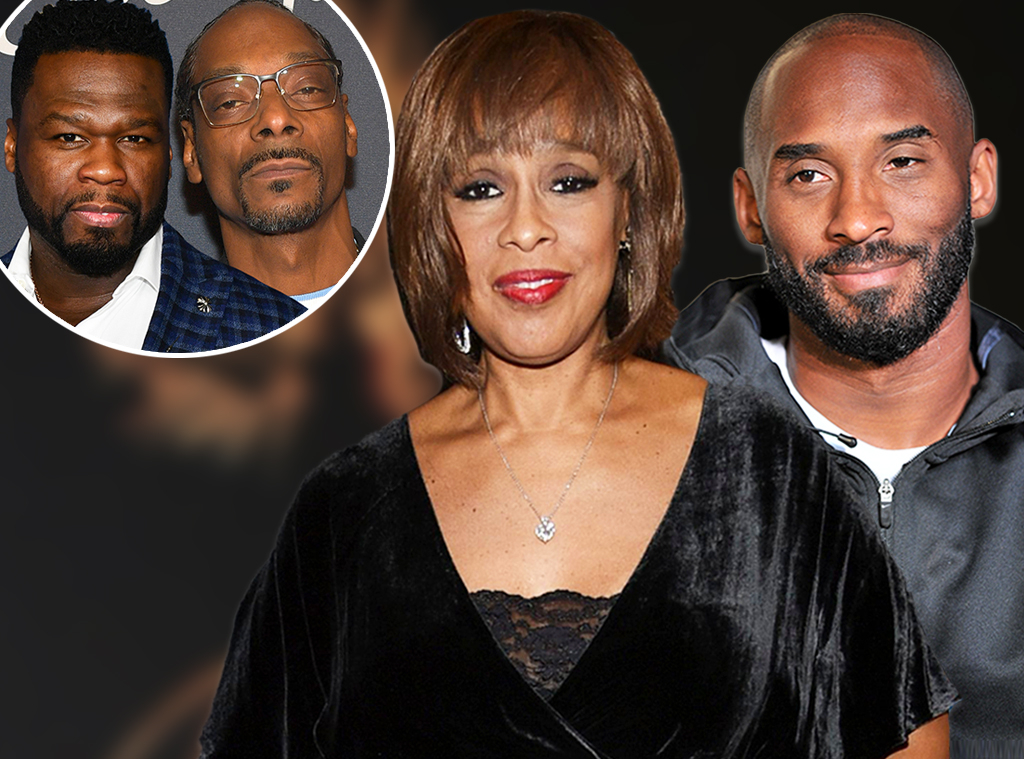 Following the backlash over the video, King herself said in an Instagram video on Thursday, "I've been up reading the comments about the interview I did with Lisa Leslie about Kobe Bryant, and I know that if I had only seen the clip that you saw, I'd be extremely angry with me too. I am mortified. I am embarrassed and I am very angry. Unbeknownst to me, my network put up a clip from a very wide-ranging interview, totally taken out of context, and when you see it that way, it's very jarring."

CBS News said in a statement to E! News, "Gayle conducted a thoughtful, wide-ranging interview with Lisa Leslie about the legacy of Kobe Bryant. An excerpt was posted that did not reflect the nature and tone of the full interview. We are addressing the internal process that led to this and changes have already been made."