The Queen Considered Stripping Prince Harry and Meghan Markle of Their Duke and Duchess Titles: Report

It's been three days since Buckingham Palace announced that Prince Harry and Meghan Markle will no longer use their HRH titles. But did Queen Elizabeth II ever consider stripping the couple of their duke and duchess titles, as well?

If the Evening Standard's report is true, Her Majesty may have contemplated the option. The newspaper reported The Queen considered having her grandson be referred to as the Earl of Dumbarton, one of his lesser titles, and Meghan be referred to as a countess instead.

"The Sussex title is one of the ancient royal dukedoms given to him ahead of his wedding to Meghan, along with other titles," a source told the publication. "Removing it was seriously considered and discussed at the highest level."

However, the Evening Standard also reported that neither Queen Elizabeth II nor Prince Charles wanted to appear "petty." So, the royals allegedly decided that banning Harry and Meghan from using their HRH titles for public or commercial purposes was sufficient.

Although, there's been no word from Buckingham Palace regarding the report.

Harry and Meghan's HRH title loss came less than two weeks after the couple announced their plans to step back as "senior" members of the royal family and split their time between North America and the U.K.

"The Duke and Duchess of Sussex are grateful to Her Majesty and the Royal Family for their ongoing support as they embark on the next chapter of their lives," part of a statement from Buckingham Palace read. "As agreed in this new arrangement, they understand that they are required to step back from Royal duties, including official military appointments. They will no longer receive public funds for Royal duties. With The Queen's blessing, the Sussexes will continue to maintain their private patronages and associations. While they can no longer formally represent The Queen, the Sussexes have made clear that everything they do will continue to uphold the values of Her Majesty. The Sussexes will not use their HRH titles as they are no longer working members of the Royal Family. The Duke and Duchess of Sussex have shared their wish to repay Sovereign Grant expenditure for the refurbishment of Frogmore Cottage, which will remain their UK family home." 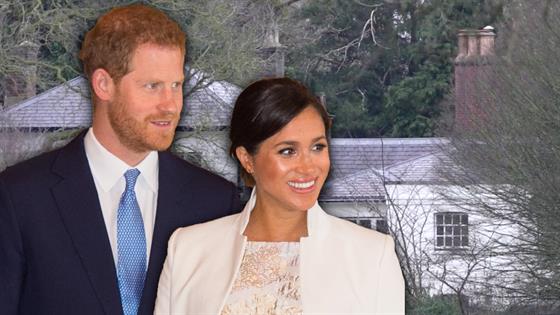 Harry spoke out on the major news during a private dinner in London for his charity Sentebale.

"The decision that I have made for my wife and I to step back, is not one I made lightly," he said at one point. "It was so many months of talks after so many years of challenges. And I know I haven't always gotten it right, but as far as this goes, there really was no other option."

Harry recently returned to Canada to join Meghan and their son, Archie Harrison. The two have been in Canada for the past few weeks while Harry had been in the UK figuring out his family's next steps.