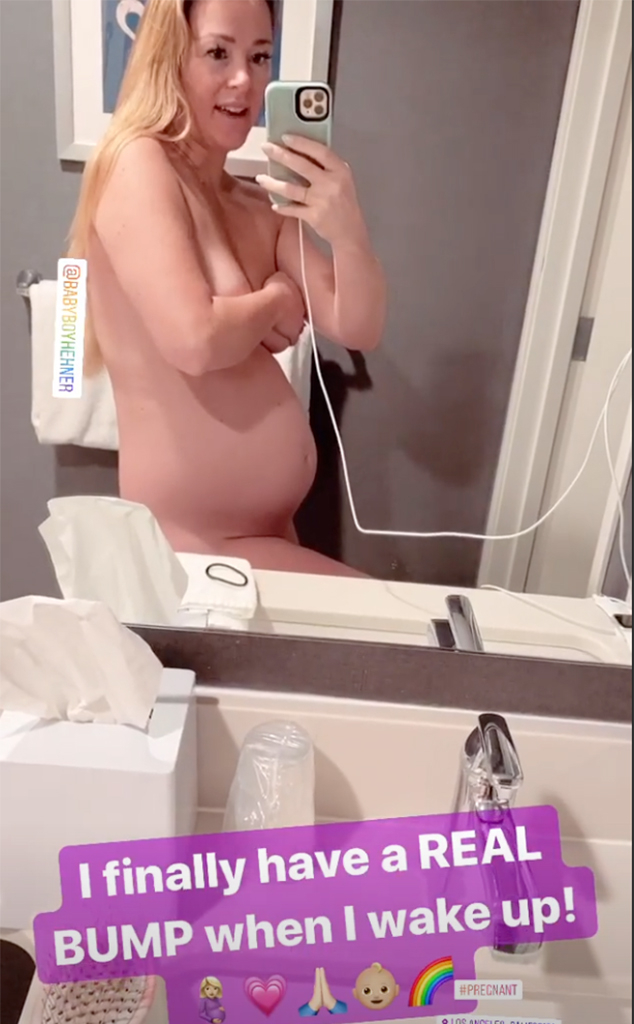 Pregnant Jamie Otis is more than happy to show off her bare baby bump to the world.

The 33-year-old Married at First Sight star posted on her Instagram Story on Saturday a mirror video selfie showing her posing nude in a bathroom, while covering her chest.

"I just have to show you, last time I was in L.A., I had no bump and now I have a really, really big one and I absolutely love, love, love every second of it," Otis said, sighing. "The best."

Jamie Otis revealed in September that she and husband Doug Hehner were again expecting their second child, following two miscarriages. In a rare move, she announced the news when she was an estimated four weeks along—the earliest a pregnancy can be detected on a blood test, and before a heart beat can be seen on an ultrasound.

Otis, who also suffered a pregnancy loss of a son before the birth of her and Hehner's daughter Henley Grace, 2, has been documenting her infertility and pregnancy journey on Instagram on a day-to-day basis. In November, she shared videos from her and her husband's gender reveal party, where they discovered they are expecting a boy. 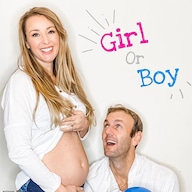 Otis, Hehner and their daughter recently vacationed at the Santa Barbara Beach & Golf Resort on the island of Curaçao.

"We came here last yr to renew our vows," Otis wrote on Instagram on Thursday. "It'd been 5 yrs since we were married at first sight. We made a pact to renew our vows every 5 yrs. ...Tryin' to keep the love alive! It's def cray to marry a stranger. Your whole relationship's backwards-you date AFTER you say 'I do.' But hey, it's worked for us!"

"Gotta be honest though, we've had some TOUGH times," she continued. "We went through the loss of our first born son, which was by far the worst. But something we don't share out of pure embarrassment was our rock bottom—I was pregnant w Gracie, we had to move in w his parents bc of debt, and Doug lost his job (and didn't get a new one until the day I gave birth-literally). That caused tension & fights. The minute we held our daughter though, we both knew we wanted to try for #2 ASAP!"

Otis' current pregnancy was natural and a surprise; she and Hehner found out they were expecting after she got a blood test at a fertility clinic.

"Loss can def take a toll on a marriage. During our vow renewals last year we *BEGGED GOD* to bless us w another viable pregnancy. You can see on that last pic the sorrow that we tried masking. Going back to Curacao brought all these memories back. And honestly, it just makes me SO THANKFUL! After 18 months of trying & 2 losses, we *finally* have a healthy baby boy growing inside me!" Otis wrote.

"The reason I share this is bc there've been many times I've felt so alone in the struggle-especially w loss," she continued. "And for me it was reading others stories about loss & then successful pregnancies that gave me HOPE. If you're a mama #ttc —or maybe knee deep fighting with your partner—or both?! I get it girl! Been there too...But please know there is HOPE!! The rainbow is brightest after the darkest storm! You *will* make it through. The storm can't last forever."