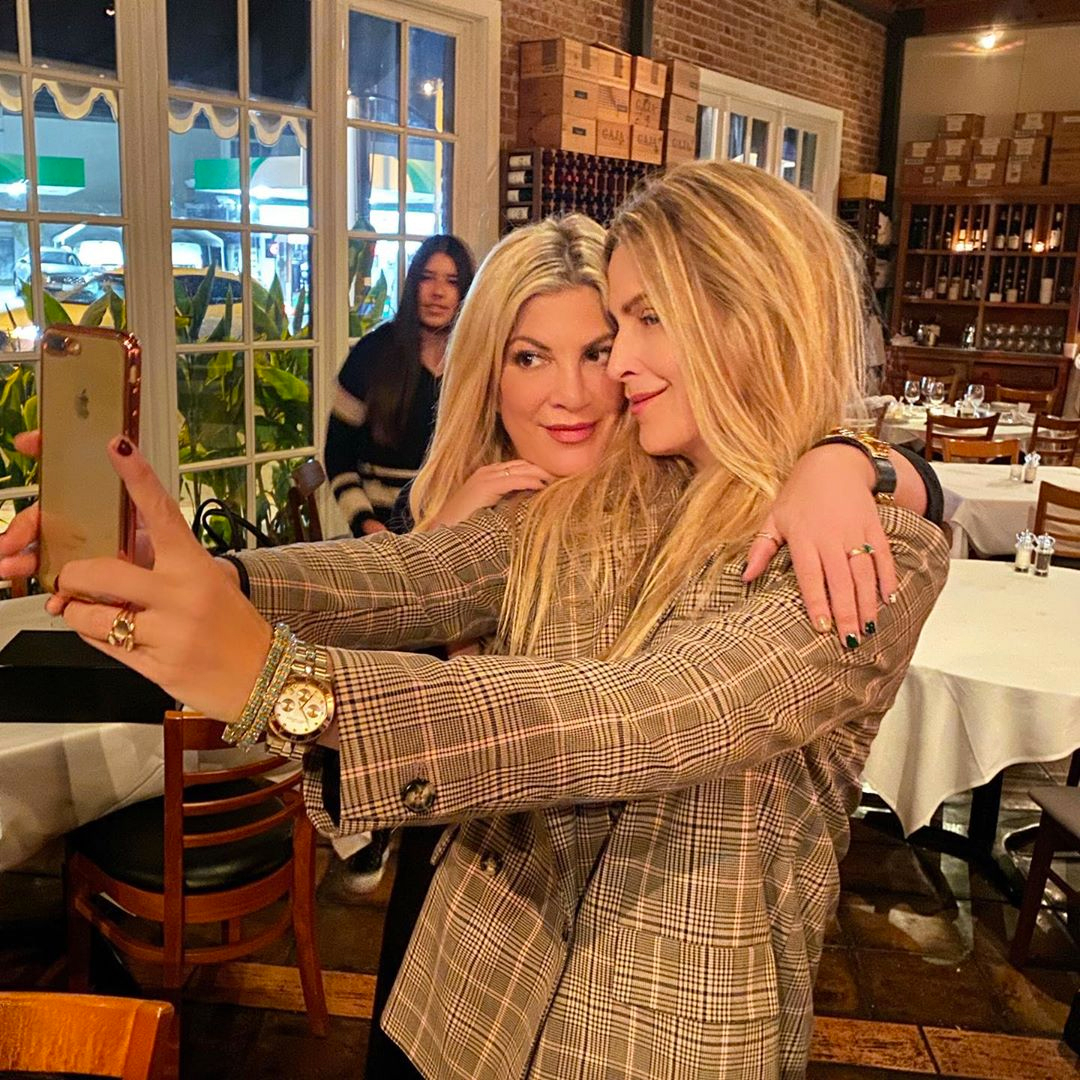 The Beverly Hills, 90210 and BH90210 alum revealed early on Saturday, days after Christmas and just before the seventh night of Hanukkah, that she and Dean McDermott and their five kids—Liam, 12, Stella, 11, Hattie, 8, Finn, 7, and Beau, 2—recently spent time with her husband's ex-wife, Mary Jo Eustace, the former pair's 21-year-old son, Jack, and her 14-year-old daughter, Lola. Spelling and her family celebrate both holidays.

"Something good came out of 2019..." Spelling wrote on Instagram, alongside a photo of her and Eustace taking a selfie in what appears to be a restaurant.

In 2005, McDermott began an affair with Spelling, his co-star in the Lifetime TV movie Mind Over Murder, while he was married to Eustace. The actor and his wife split the following year after more than a decade of marriage, and he married Spelling. During their affair, she was also married, to Charlie Shanian. They finalized a divorce weeks before she wed McDermott. Further drama involving Spelling, McDermott and Eustace was documented on the actress' reality show True Tori in 2014.

"14 years ago I never thought this pic would ever happen," Spelling wrote in her post. "Society tells us ex's can't be friends. Society SUCKS! I truly enjoy this new friendship I've formed with my hubby's ex @maryjoeustace . And, tonight we started a new blended family tradition celebrating the holidays together. Me, @imdeanmcdermott , @maryjoeustace , @thejackmonty , @liamaarocdermott , @stelladmcdermott , @lola_ace1 , Hattie, Finn, and Beau . #blendedisbest #ourfamily #2020 #mcdermottspellingeustace."

Eustace posted a similar pic, writing, "@torispelling could take a lot of notes from you @maryjoeustace - you are one class act!"

The two women and McDermott got together in October to celebrate Jack's 21st birthday. 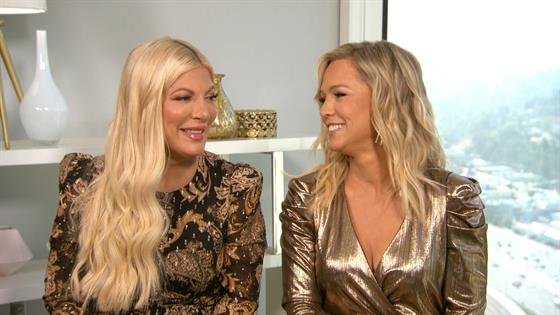 That month, McDermott said on his podcast, Daddy Issues With Dean McDermott, Adam Hunter and Nicky Paris, that he and Eustace had previously not spoken in more than three years.

"We talked before, but this was a whole new level of love, I have to admit," Eustace told McDermott about Spelling on the podcast. "The first thing she said was, ‘I'll sit beside you,' and she did. It was on, it was full game-on. Three or four hours, we had the most amazing time. We had incredible conversations. She was patting my hair a lot. She liked to pat my hair."

"I had made a decision before we went to the dinner that whatever happened in the past, we moved beyond it and there was no animosity," she continued. "I really just wanted to move on. Dean and Jack are getting along famously, they are getting along really great, which I love. Tori and I have been dealing with each other on a different matter, and she's been fabulous and understanding and wonderful."