America Ferrera and Danai Gurira announced the nominees for the 26th annual award show at the Pacific Design Center in West Hollywood, Calif. on Wednesday.

Needless to say, several celebrities were thrilled about the news.

"THIS IS AWESOME!!" Cynthia Erivo, who is nominated in the Outstanding Performance by a Female Actor in a Leading Role in a Motion Picture category for her role in Harriet, wrote on Instagram. "@sagaftra @sagawards this is so special, to be acknowledged this way by my peers, by people who live and breathe the creative arts is just, well, amazing... it means the world to me. Just awesome!!!

Tom Hanks, who is nominated in the Outstanding Performance by a Male Actor in a Supporting Role in a Motion Picture category for this performance in A Beautiful Day in the Neighborhood, also celebrated the nomination.

"I'm honored to be acknowledged by my peers in the SAG," he stated.

While most of the contenders will have to wait until the big night to find out who takes home the trophy, one winner has already been declared. Robert De Niro is set to receive the SAG Life Achievement Award. Leonardo DiCaprio will present him with the honor. 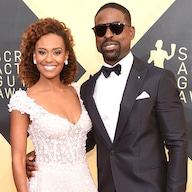 Celebs Couples at the SAG Awards

To see more stars' reactions to the nominations, check out the gallery. 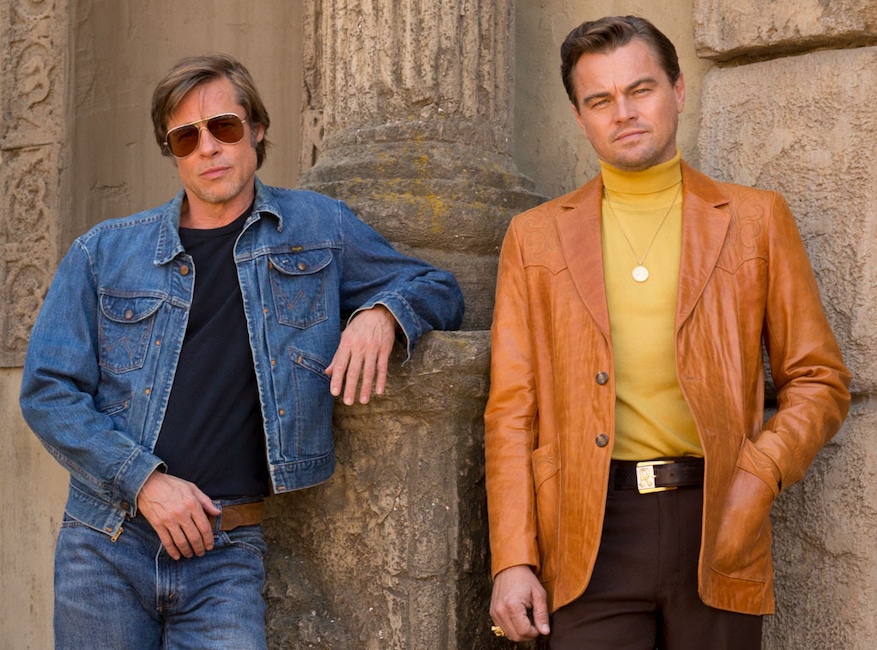 Leonardo DiCaprio, Once Upon a Time...in Hollywood

"It's an incredible honor to be nominated by my fellow actors, and humbling to be included amongst such an impressive group of peers," the Outstanding Performance by a Male Actor in a Leading Role in a Motion Picture nominee stated. "Making this film in the city of Los Angeles with Quentin Tarantino, that paid homage to our industry, our profession, and our shared cinematic past—along with Brad [Pitt], Margot [Robbie] and the entire remarkable cast, was an experience I will always treasure. Thank you." 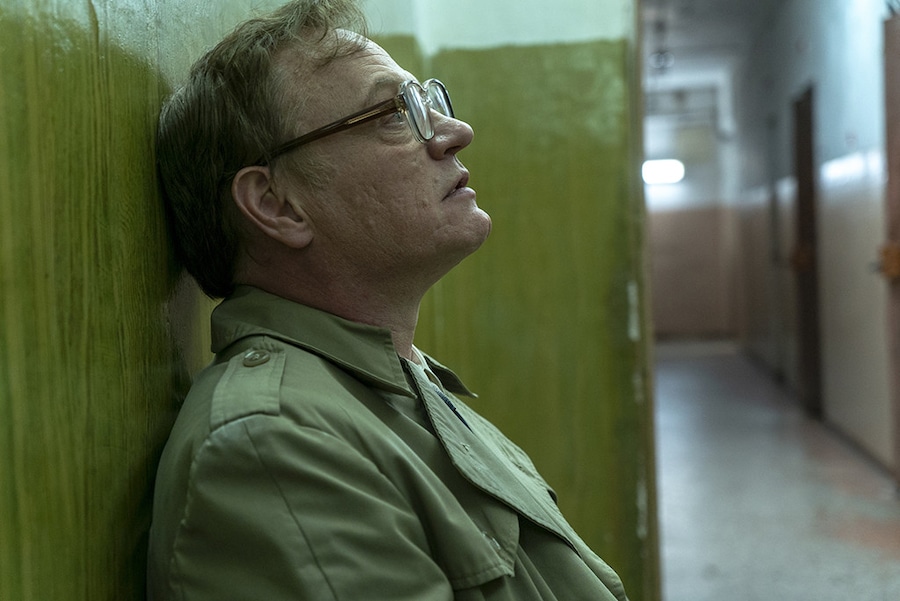 "I always say, 'Every day with acting is a good day,'" the Outstanding Performance by a Male Actor in a TV Movie or Limited Series nominee stated. "To be recognized for the work in a Chernobyl by my fellow actors makes today an extremely good day. We all know our best takes are always the ones off-screen with our scene partners. Thank you very much for this honor!" 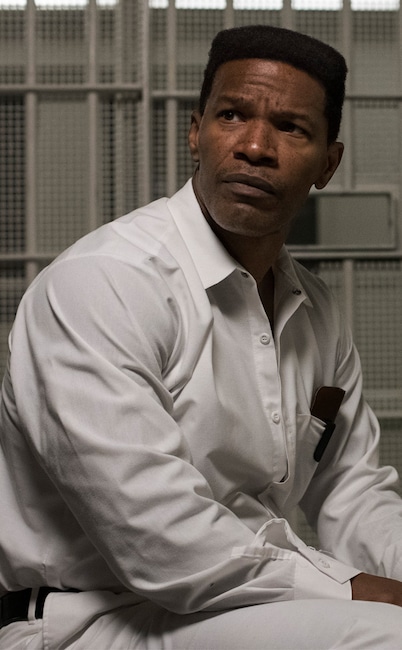 "I am humbled to be in the company of the other legends in this category. I am so grateful for this recognition from my peers in the SAG community," the Outstanding Performance by a Male Actor in a Supporting Role nominee stated. "Just Mercy is one of the most life fulfilling films I have had the pleasure to work on. I am indebted to Michael B. Jordan, our director, Destin Daniel Cretton, Warner Bros., our producer, Gil Netter and the entire creative team. And of course—Bryan Stevenson who is our hero—fighting for justice every single day." 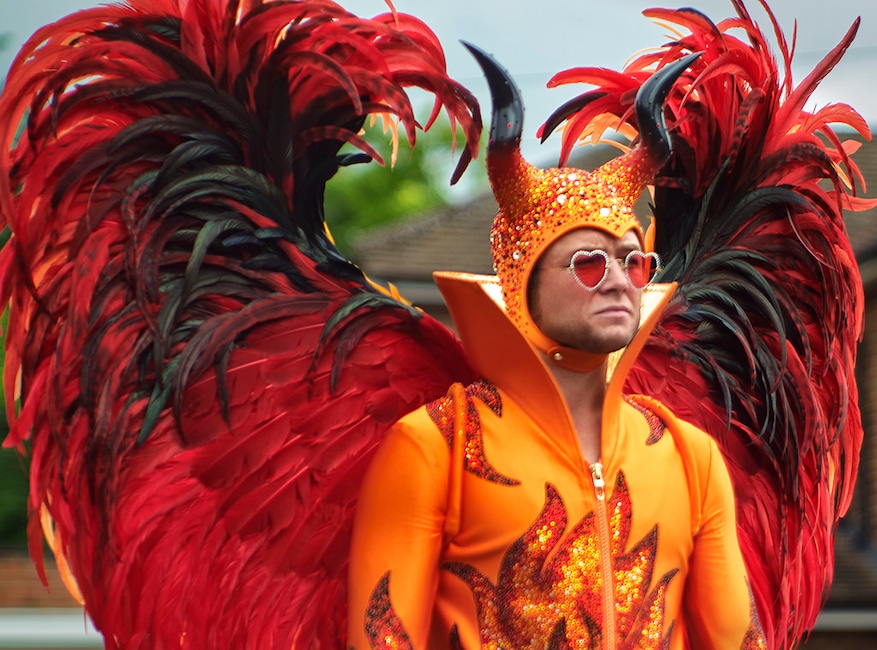 "Portraying Elton has been the greatest professional experience of my life. I am so proud to have worked with the greatest team of creatives led by Mathew Vaughn, David Furnish and Dexter Fletcher," the Outstanding Performance by a Male Actor in a Leading Role in a Motion Picture nominee stated. "To cap it all I now count Bernie and Elton, the subjects of our movie, amongst my dearest friends. Thank you SAG for this recognition. I wish I could convey what it means to me. Congratulations to the other extraordinary nominees." 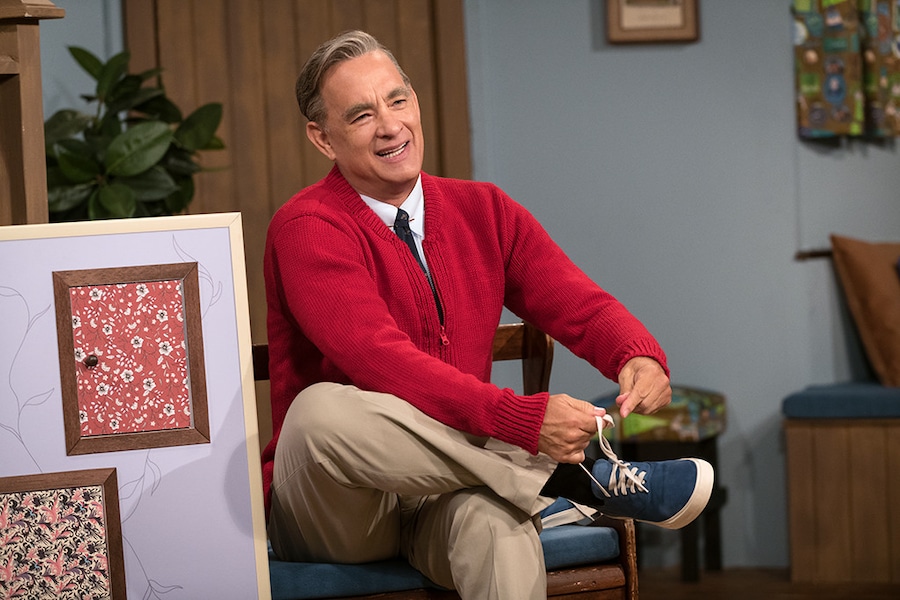 Tom Hanks, A Beautiful Day in the Neighborhood

"I'm honored to be acknowledged by my peers in the SAG," the Outstanding Performance by a Male Actor in a Supporting Role in a Motion Picture nominee stated. 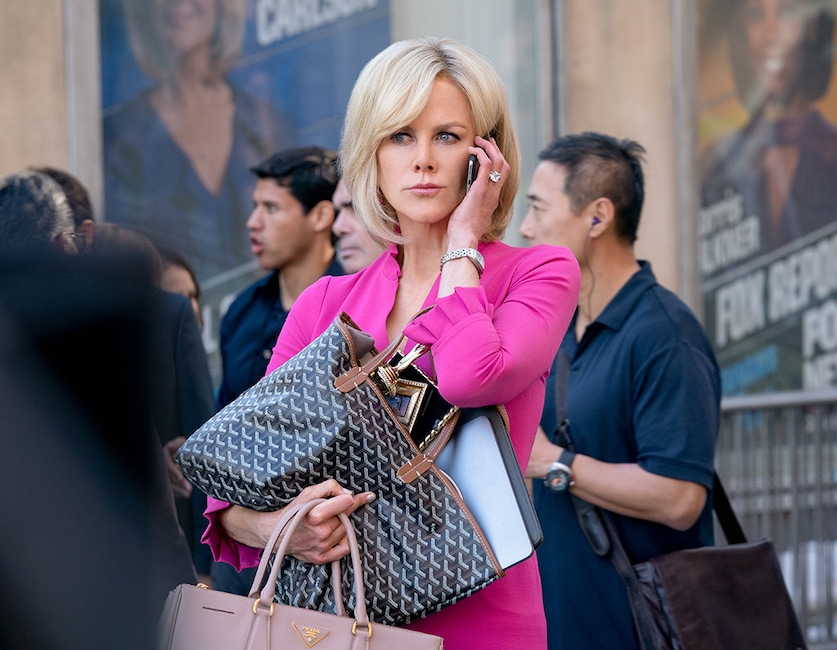 "Acting has been my passion since I was 14 years old," the actress said in a statement. "To be acknowledged for Bombshell and Big Little Lies by and with my fellow actors is the most extraordinary honor. I am moved and thrilled—I love being a part of this community. Thank you." 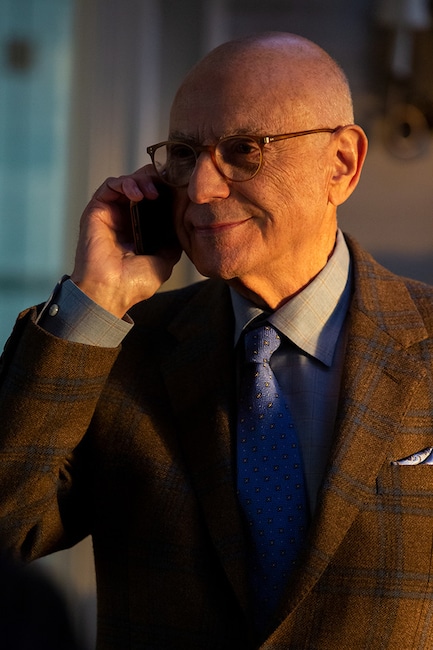 "Being acknowledged by one's peers is very, very special," the Outstanding Performance by a Male Actor in a Comedy Series nominee stated. 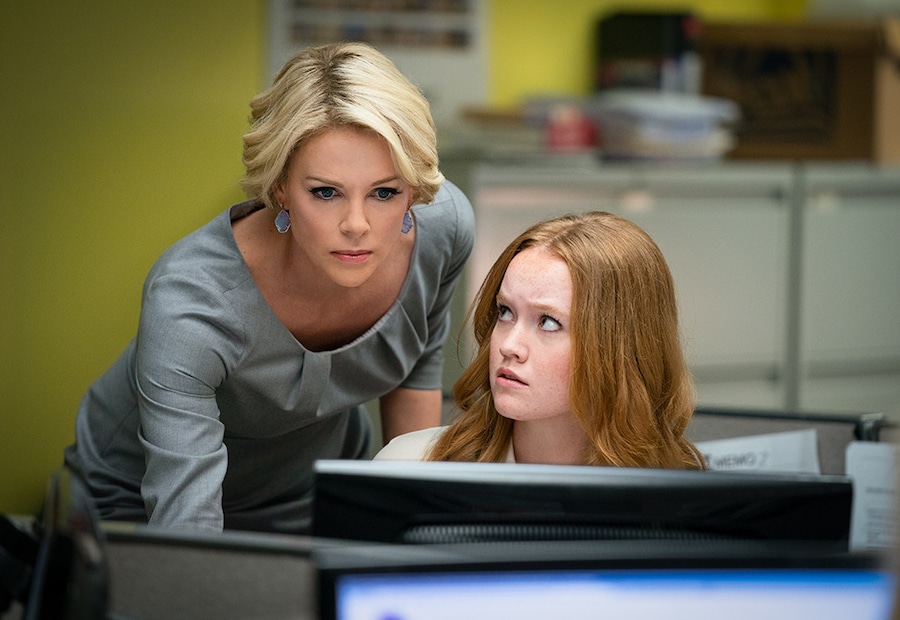 "Whoops," the actress tweeted along with a video of her reaction. "Got a bit too excited about the #SAGAwards nomination for our #BombshellMovie cast...CONGRATS ALL YOU BEAUTIFUL HUMANS!!! So grateful to have gone on this journey with you all." 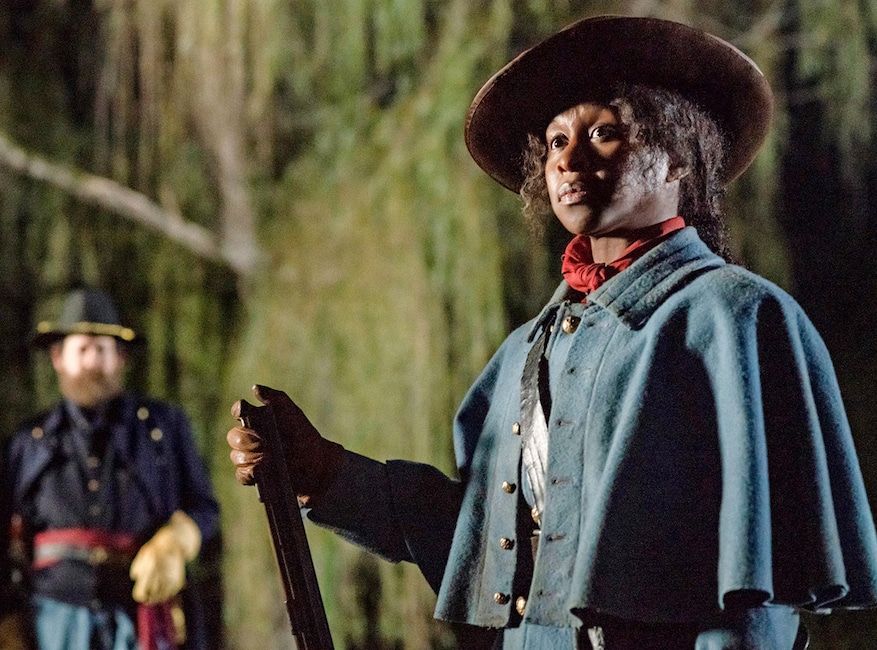 "Playing Harriet was an incredibly special time in my life," the Outstanding Performance by a Female Actor in a Leading Role in a Motion Picture nominee stated. "To be part of telling this hero's story is nothing short of an honor, but to be recognized by my peers is overwhelming. I'm deeply grateful to SAG-AFTRA and for the kindness that's been shown. In this moment, all I can think of is Harriet and the sacrifices she made so I and my fellow actors of color would have the opportunity to do what we love." 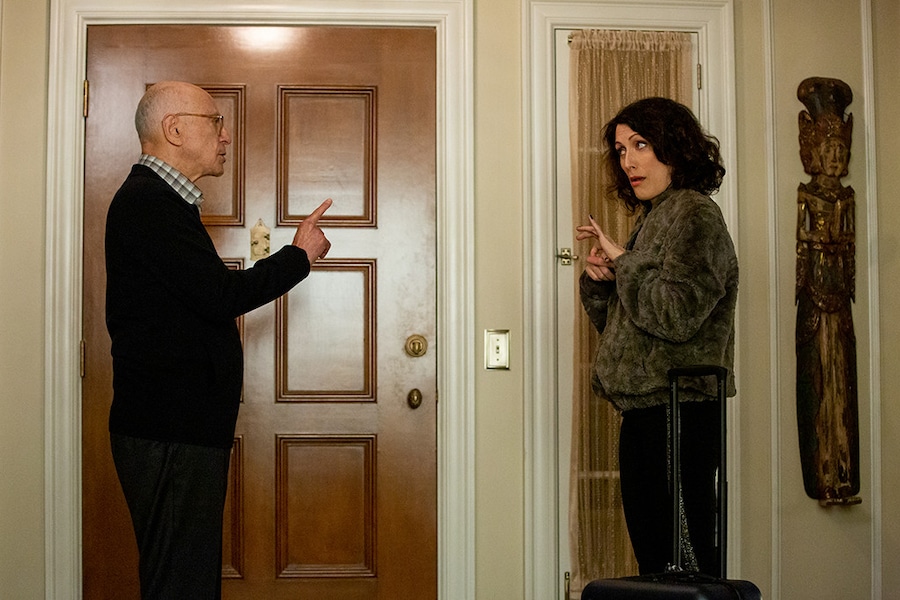 "'m packing my bags cause WE ARE GOING TO THE SAG AWARDS!!" she tweeted. "Woot woot! #thekominskymethod nominated for best ensemble!!! ⁦@SAGawards @netflix."
⁩ 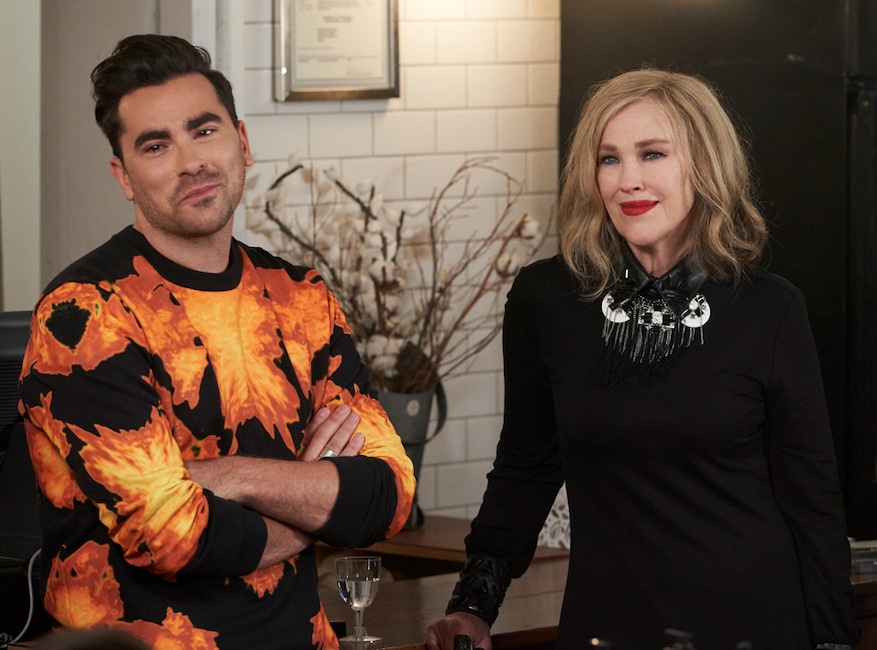 After seeing that the show is up for Outstanding Performance by an Ensemble in a comedy series, the David Rose star simply tweeted, "*Faints in a very actor-y way* #proud." He also released the following statement with his dad Eugene Levy and congratulated Catherine O'Hara on her nomination.

"To be recognized by your peers is the highest honor an actor can receive," the father-son duo stated. "We are so proud of Catherine and the entire cast for the respective nominations. Thank you to our fellow SAG-AFTRA members for this honor. What a way to start the day!" 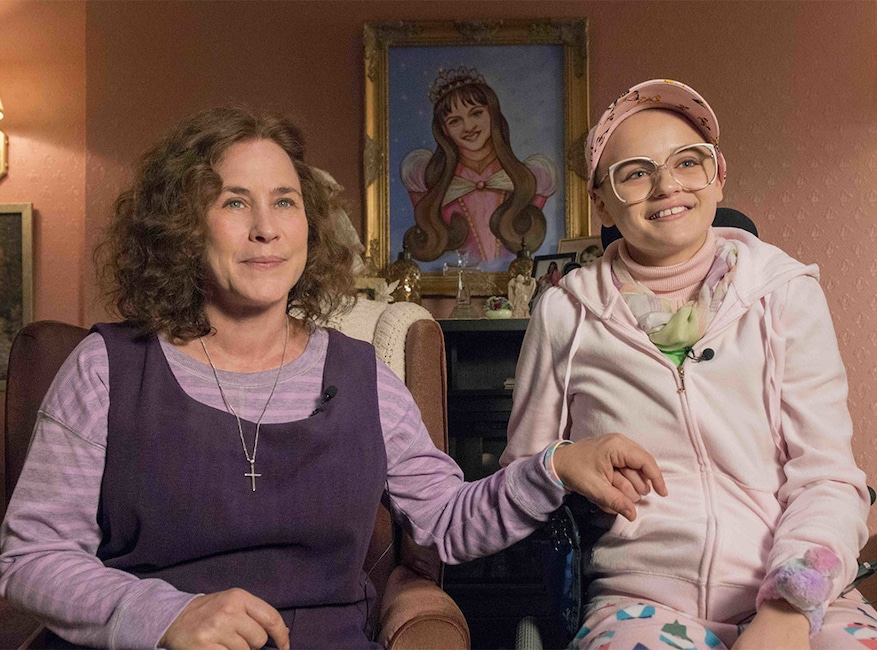 The actress congratulated Joey King on her Outstanding Performance by a Female Actor in a TV Movie or Limited Series nomination.

"@JoeyKing Congrats on the Screen Actors guild nomination!!" she tweeted. 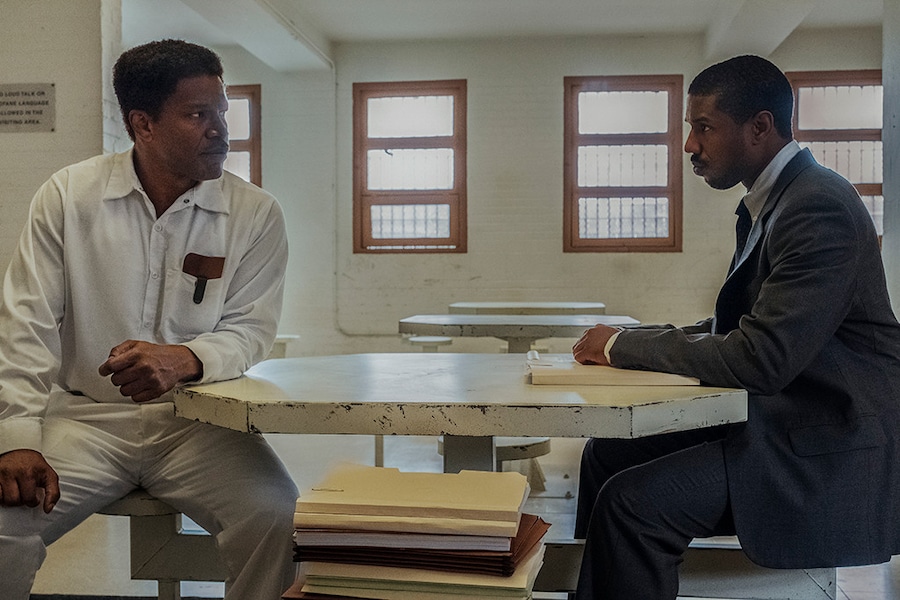 The actor congratulated his co-star, Jamie Foxx, on his nomination.

"Big bruh the time & effort you put into embodying Walter McMillan was truly incredible," he wrote on Instagram. "Telling his story & sharing his essence on the big screen was mesmerizing to watch! Very happy & proud to have you apart of this import project CONGRATULATIONS @iamjamiefoxx on your @sagawards nomination!! #justmercy #sagawards."