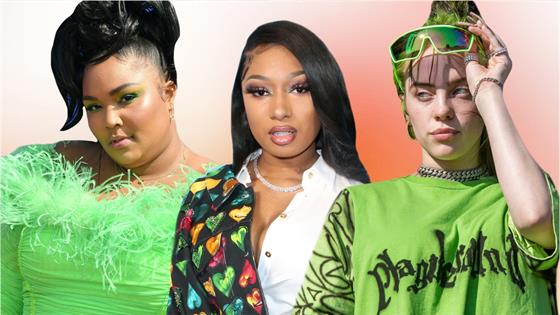 Now Playing
Up Next
Top Pop Culture Moments of 2019

There's just a few short weeks left in this wild and unpredictable year, but before we can turn the page on this particular chapter of our lives and get ourselves ready for all that 2020 has in store, we thought we'd take one last good look back at the year through the pop culture moments that helped to define it. From the break ups we didn't see coming to the records that were broken, the music we kept on repeat to the memes we had to retweet, 2019 was anything but dull.

Whether we were scratching our heads over that first Cats trailer or squealing at the sight of Baby Yoda, learning Aunt Becky was wanted by the Feds or loving that Taylor Swift and Katy Perry finally found peace, we were certainly never bored. And these were the moments that made sure of it. 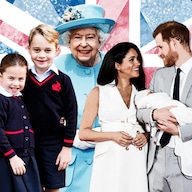 And if you can't believe all this happened in just one year, trust us, you're not alone. 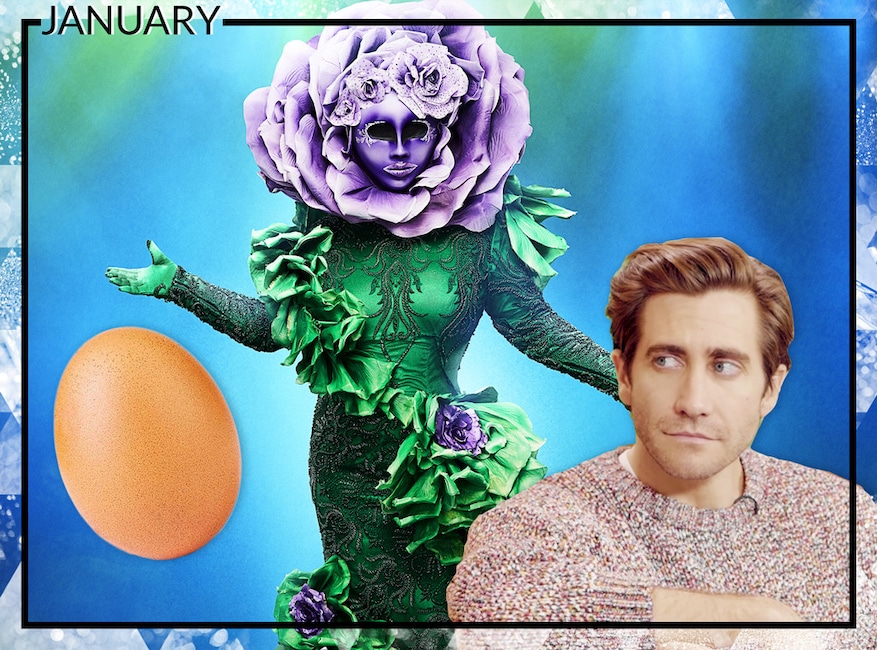 At the start of 2019, Fox introduced us to The Masked Singer and we couldn't look away, wondering just who was inside those elaborate costumes, an egg beat Kylie Jenner at her Instagram game and became the app's most-liked photo, Netflix's doc on Fyre Fest introduced us to Andy King, a man who gave taking one for the team a whole new meaning, and Jake Gyllenhaal schooled us all on the proper pronunciation of the word "melancholy." 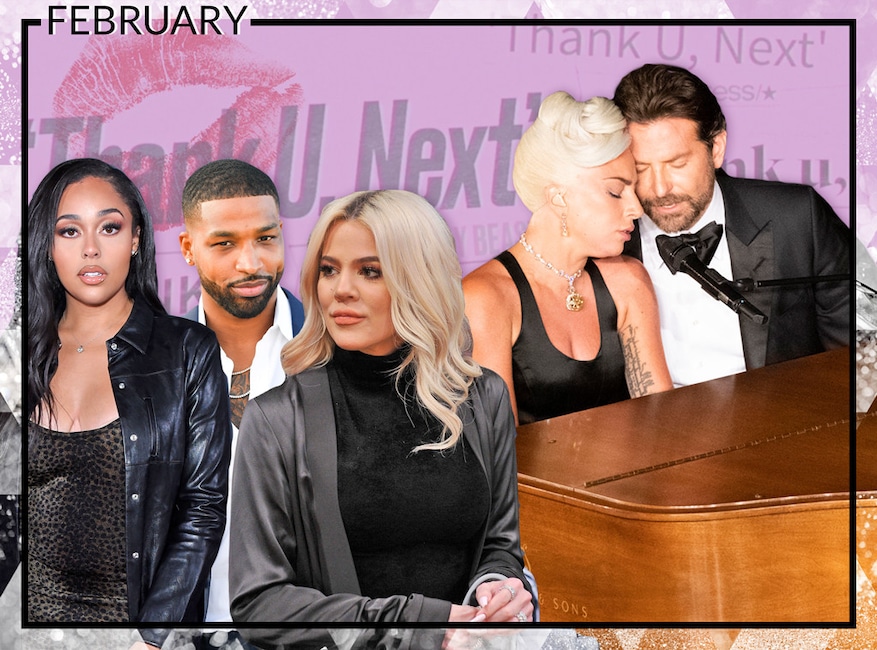 In February, Ariana Grande dropped her instantly iconic fifth studio album thank u, next, made as she was dealing with the dissolution of her engagement to Pete Davidson and the death of ex Mac Miller, Lady Gaga and Bradley Cooper delivered a performance of "Shallow" at the Oscars so intimate it had eyebrows raising everywhere, and Kards fans were left stunned as Khloe Kardashian left Tristan Thompson for good after he was caught getting cozy with sis Kylie's then-BFF Jordyn Woods. 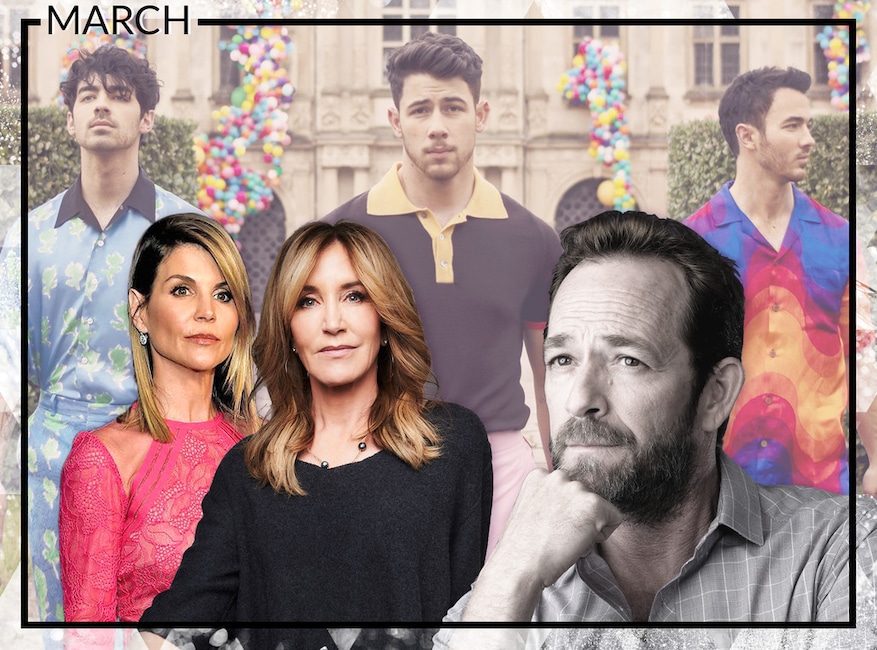 A month later, Captain Marvel smashed through the MCU's glass ceiling, becoming the first female-led superhero film to pass the billion-dollar mark in the process, Jordan Peele's gave us a healthy fear of dopplegangers and two astounding Lupita Nyong'o performances for the price of one with Us, Lori Loughlin and Felicity Huffman got caught up by the Feds with Operation Varsity Blues, the Jonas Brothers made their long-awaited return with the sublime "Sucker," and generations mourned an icon with the sudden passing of Luke Perry after the Beverly Hills, 90210 and Riverdale star suffered a stroke at just 52. 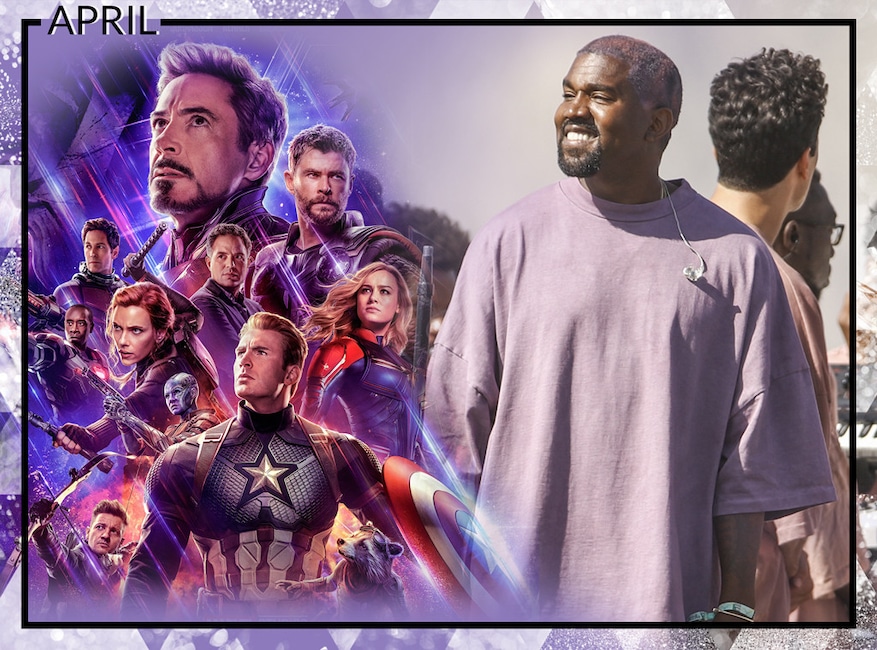 In April, ten years of Marvel Cinematic Universe-building came to an epic conclusion with the release of Avengers: Endgame, forcing us to say a permanent goodbye to the (iron) man who started it all with the—spoiler alert—death of Robert Downey Jr.'s Tony Stark, and Kanye West and his Sunday Service became the biggest attraction at Coachella despite not even being on the official line-up. 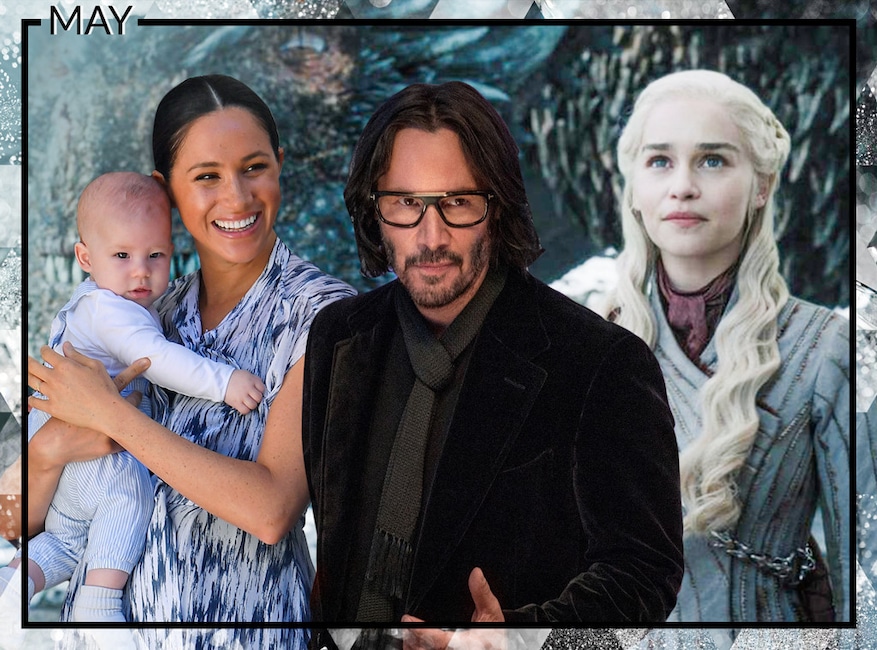 The following month, Britain's Royal Family gained an adorable new member when Prince Harry and Meghan Markle welcomed little Prince Archie Harrison Mountbatten-Windsor, HBO lost its crown jewel as Game of Thrones signed off after eight seasons with an incredibly divisive conclusion, James Charles and Tati Westbrook's feud tore the YouTube beauty world apart, and we found ourselves in the midst of a true Keanussance with Keanu Reeves storming the box office with the third installment in his wildly-popular John Wick franchise as he stole the show with a surprising cameo in Netflix's Always Be My Maybe. 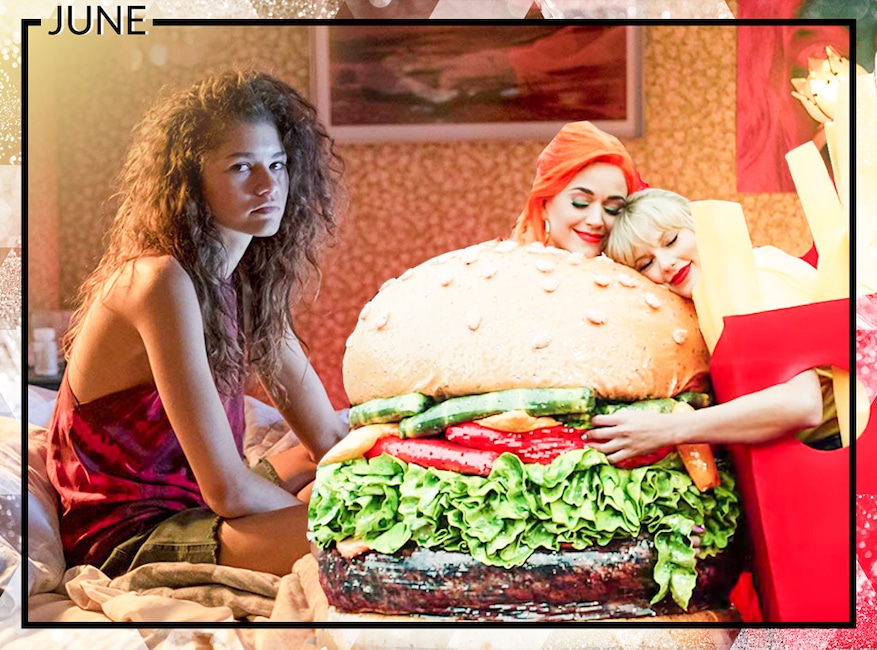 In June, HBO and Zendaya had parents of teenagers everywhere horrified by the thought of what their kids might be up to with the debut of buzzy new drama Euphoria, Black Mirror introduced us to our new favorite fictional pop star in the form of Miley Cyrus' Ashley O, Meryl Streep gave us Twitter gold with her Big Little Lies season two premiere scream, and Taylor Swift finally quashed her beef with Katy Perry, hugging it out in the "You Need to Calm Down" video, just as she publicly took on Scott Borchetta, head of former label Big Machine Records, for selling the company—and the ownership of her first six albums in the process—to Scooter Braun. 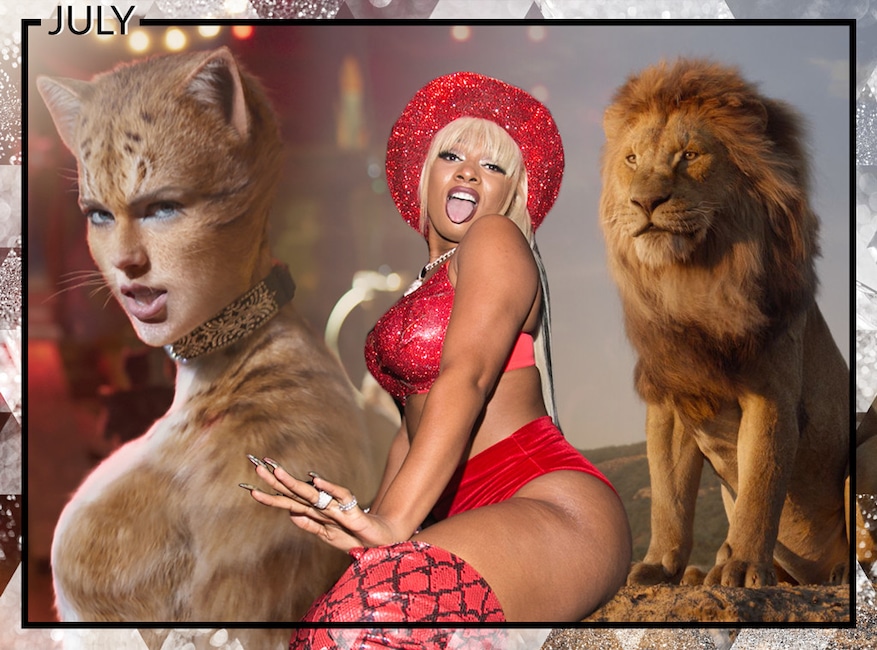 The next month, Disney's photo-realistic recreation of The Lion King roared into theaters and made bank, earning over $1.6 billion dollars to become the highest-grossing animated film of all time, the first nightmare-inducing Cats trailer dropped, making everyone wonder why the titular felines had such frighteningly human faces, and Megan Thee Stallion gave us the season's biggest meme with the idea of "Hot Girl Summer." 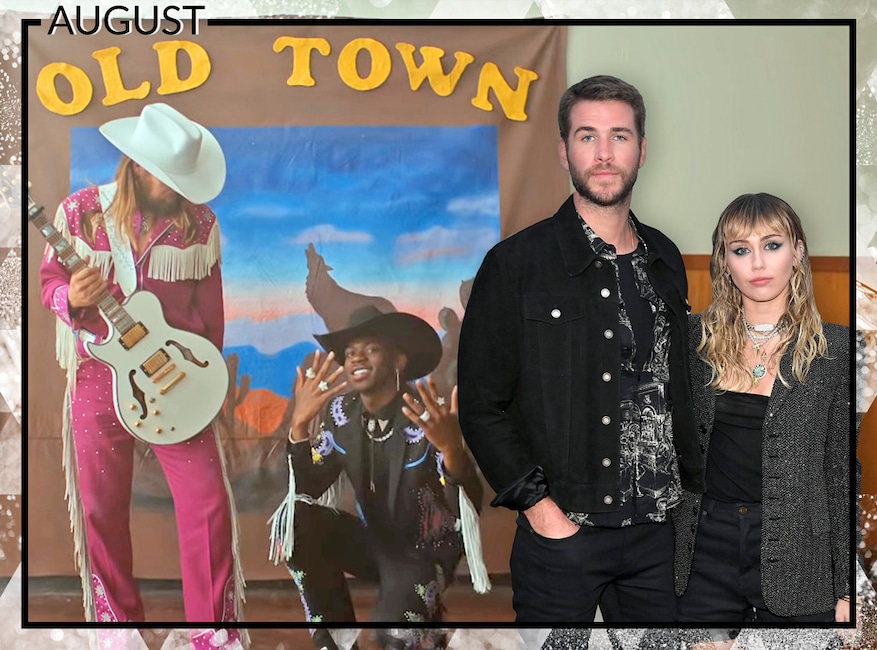 In August, Lil Nas X's "Old Town Road" did the seemingly impossible and became the longest-running No. 1 on the Billboard Hot 100 with 19 consecutive weeks atop the chart, Spider-Man found himself in the middle of a (thankfully short-lived) divorce between Disney and Sony, Normani wowed everyone with her killer moves in the excellent "Motivation" music video, and Miley Cyrus and Liam Hemsworth left us stunned when they announced their separation only eight months after tying the knot. 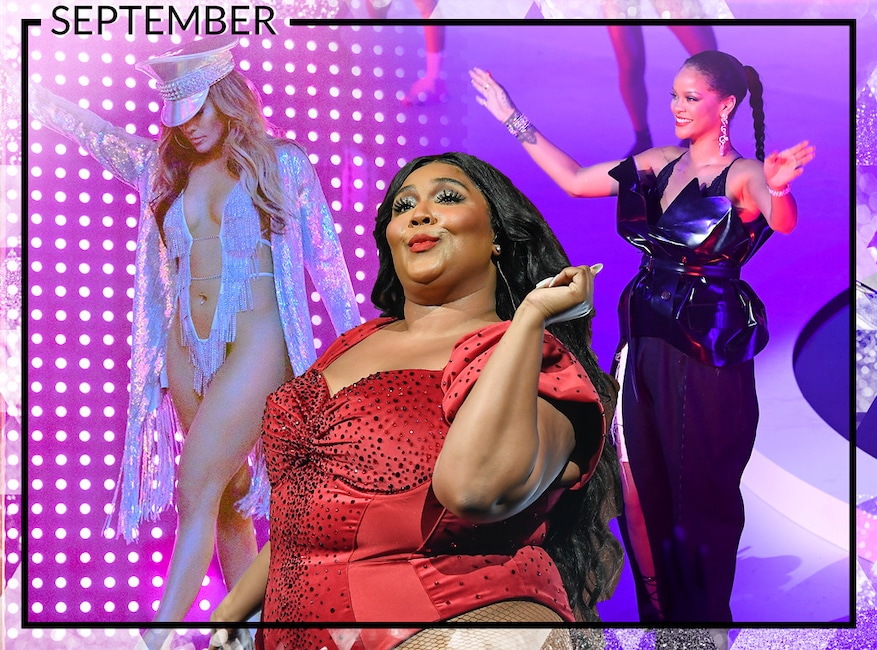 The following month, Justin and Hailey Bieber finally had their official wedding ceremony, Lizzo, in the midst of a monumental year in her career, got her first No. 1 with "Truth Hurts," a song she'd released two years earlier, Jennifer Lopez made sure we'd never listen to Fiona Apple's "Criminal" in quite the same way again after her character Ramona's mind-blowing pole dance entrance in Hustlers, and Rihanna essentially sent the Victoria's Secret Fashion Show into retirement with her paradigm-shifting Savage x Fenty Show. 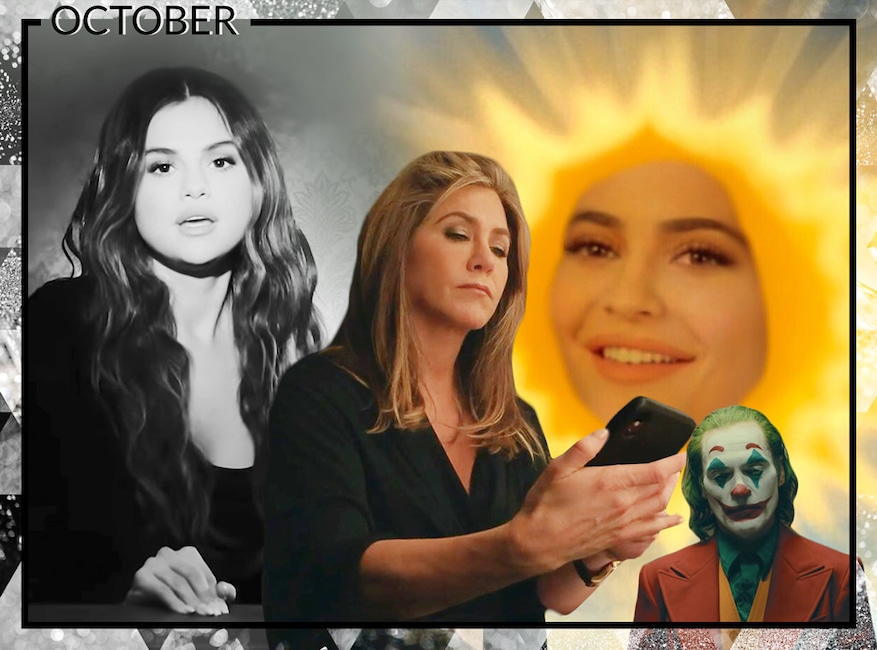 In October, notoriously social media-shy Jennifer Aniston joined—and promptly broke—Instagram, Joker got the last laugh and became the first R-rated film to ever gross over $1 billion, Kylie Jenner sweetly singing "rise and shine" to daughter Stormi launched a million memes, Martin Scorsese started a passionate debate when he said Marvel films are theme parks and not cinema, and Selena Gomez made her long-awaited return to music with the Justin Bieber-referencing "Lose You to Love Me" and "Look at Her Now." 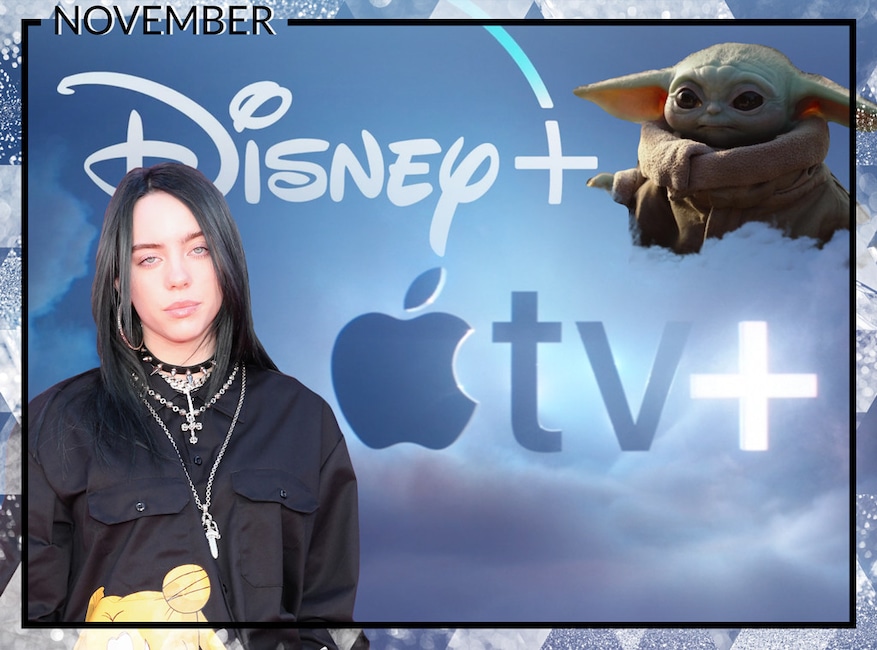 The following month, Billie Eilish capped off a fantastic year by making Grammy history as the youngest person to ever get nominations in the big four categories (Record of the Year, Song of the Year, Album of the Year and Best New Artist), Apple TV+ arrived only to be quickly overshadowed by the launch of Disney+ 11 days later, thanks, in part, to the introduction of The Mandalorian's too-cute-for-words Baby Yoda, and Frozen 2 returned to Arendelle with the highest all-time worldwide opening for an animated film. 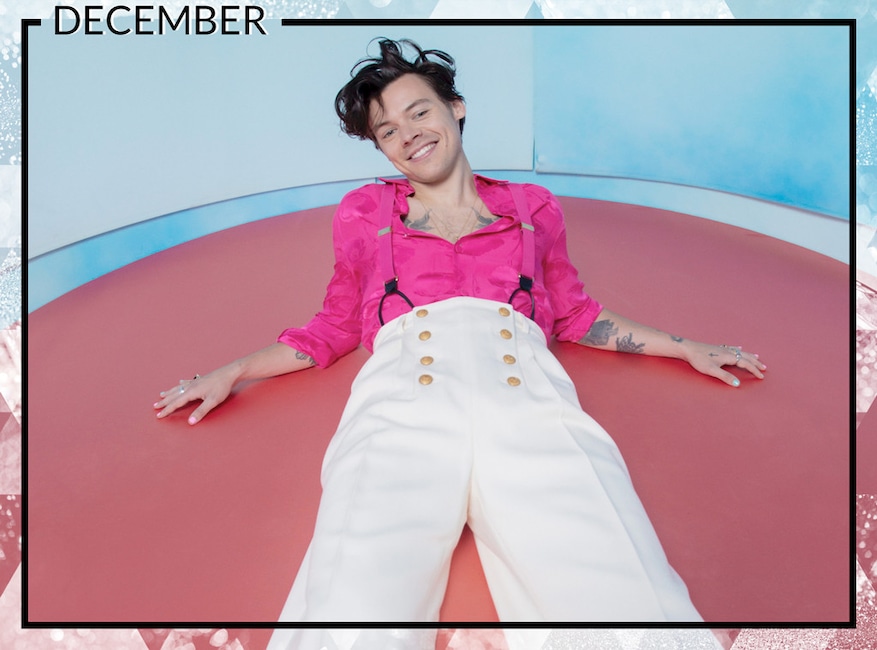 And lastly, days ahead of the release of his highly-anticipated sophomore album Fine Line on December 13, Harry Styles broke the internet when he gave fans a peak of the fully nude photos that come along with the LP's vinyl packaging.