50 Cent just weighed in on Nick Cannon and Eminem's feud.

"I don't understand to save my life why someone would pick a fight with EM," he wrote on the social network. "He is a different kinda animal, I haven't seen a motherf--ker come close to beating him man. Hey Nick that s--t was trash, I oughta kick you in yo ass when I see you PUNK!"

He also shared a photo of Eminem along with the following quote. "Believe in restoring the game. Even if it means destroying all the players."

As fans will recall, Eminem rapped about Cannon and Mariah Carey on Fat Joe's "Lord Above."

"I know me and Mariah didn't end on a high note / But that other dude's whipped-that p---y got him neutered," Eminem rapped at one point during the song, citing his breakup with Carey following their brief romance. "Tried to tell him this chick's a nut job before he got his jewels clipped / Almost got my caboose kicked / Fool, quit / You not gonna do s--t / I let her chop my balls off too before I lose to you, Nick."

Cannon, who was previously married to Carey and shares two children with her, responded by making a few jokes about Slim Shady's age during an episode of Power 106 radio show. He also invited Eminem to come on his show Wild 'N Out.

But he didn't stop there. The Masked Singer host also clapped back at Eminem by dropping a diss track called "The Invitation." Throughout the song, the TV star threw shade at the Grammy winner. At one point, he referenced Eminem's family.

He also replied to the Carey mention in Fat Joe's song.

After news about the track spread, Eminem took to Twitter to issue a reply.

"U mad bro? Stop lying on my dick. I never even had a chauffeur, you bougie f*ck," he tweeted, seemingly referencing a particular lyric in which Cannon raps "I heard your chauffeur got a video of you suckin' a c--k/You paid him off, then laid him off/Now, who really the opp?"

Eminem also later tweeted, "I demand an apology Nicholas, you've made my gardener so jealous!"

However, Cannon wasn't afraid to clap back.

"F--k Apologies!" he tweeted. "Pull Up!! Bring your gardener, chauffeur, your male nurse and whoever else you're f--king!!" 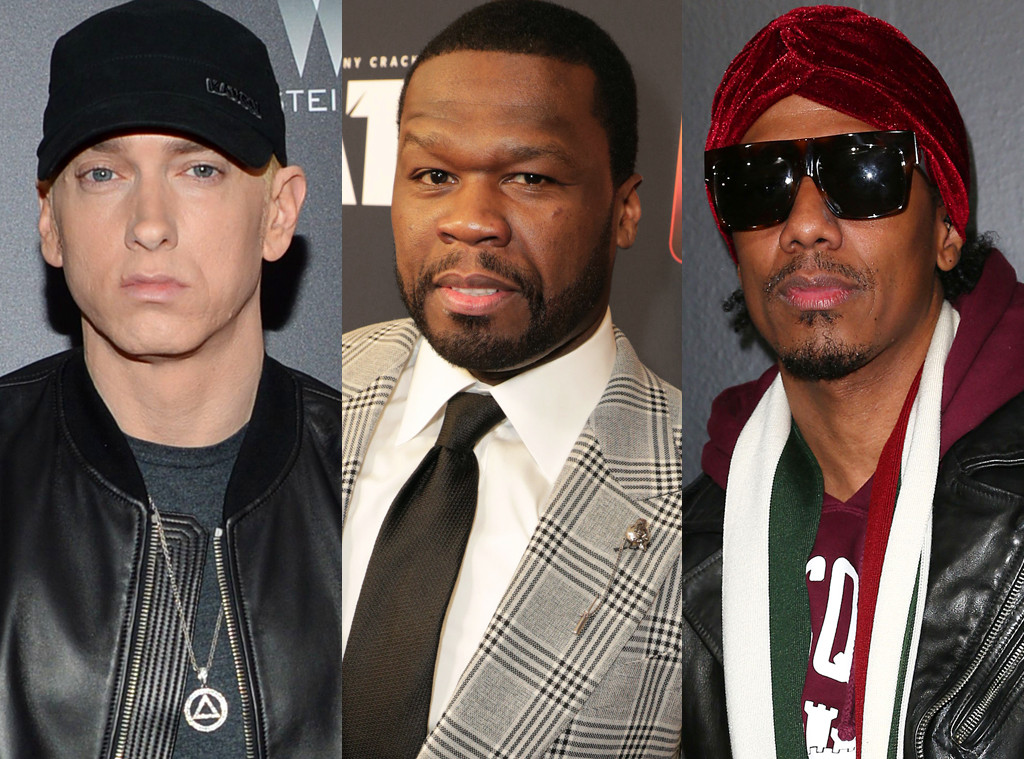 Cannon and Eminem's beef goes way back. In 2009, Eminem dropped "Bagpipes from Baghdad," in which he rapped about his breakup with Carey. That same year, Carey responded by dropping the music video for "Obsessed." Eminem then dropped "The Warning."