All of Your Burning Questions About Baby Yoda Answered 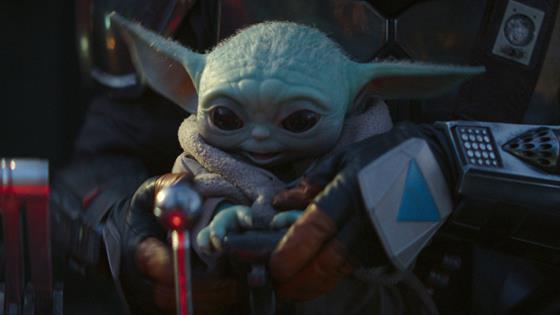 Now Playing
Up Next
Baby Yoda Breaks the Internet

Roll over BB-8 and run away Porgs, there's a new cutest character in the galaxy.

When The Mandalorian launched on Disney+ on Nov. 12, becoming the streaming service's flagship series, the secrecy was intense and the stakes were high, as the Jon Favreau-helmed series was bringing the Star Wars universe into the streaming world. Alas, no one knew the show had a secret weapon: Baby Yoda.

At the end of Chapter One, viewers were left scrapping the remnants of their jaws off the floor after it was revealed that the Mandalorian's (a masked Pedro Pascal) target was just a child, but not just any child: it was a miniature Yoda, one with—to borrow an iconic phrase from Serial—dairy cow brown eyes and ears more expressive than most foreheads on the Real Housewives.

Like everyone else with a pulse (including bounty hunter  Mando), we immediately fell in love with the bone broth-sipping, frog-eating and cooing little creature, vowing to protect Baby Yoda at all costs and threatening a boycott should any harm come the Child's way. 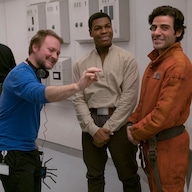 Behind the Scenes of Star Wars: The Last Jedi

Still, after five episodes with 2019's breakout star, there's still so many questions surrounding Baby Yoda. So we're breaking down some of the biggest mysteries surrounding Star Wars' new icon, which helped Disney+ land 10 million subscribers on its first day... 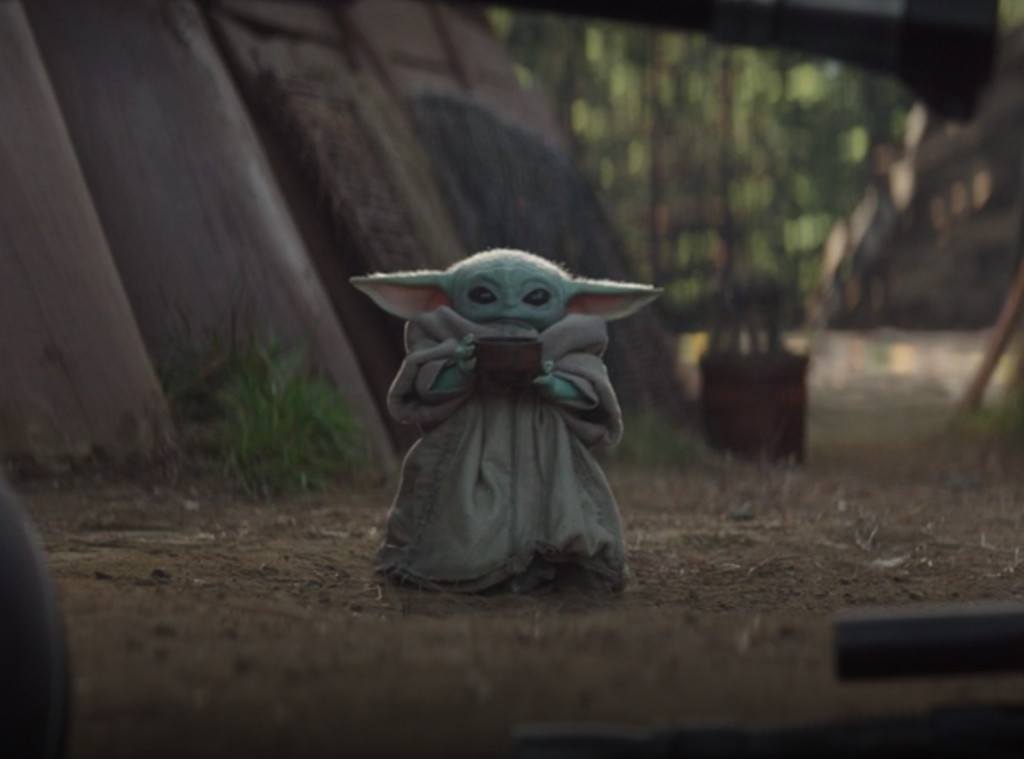 What is Baby Yoda's real name?

We have no idea, as the character is called The Child. (Baby Yoda, a product of the Internet, just sounds so much better, no?)

Where is Baby Yoda from?

Again, no idea, as George Lucas has never revealed Yoda's species or homeworld, and in 2005 told Moviefone, "I never really figured out where he came from, what his species is called… [his species] doesn't even have a name...and maybe it's somewhere, but I don't know what it is. So he's a mystery character. He's a magical character. He has no background, he comes and he goes. He's the subversive secret mysterious stranger that enters the film and then exits at the end."

Is he the only other seemingly Yoda-related character we've met in the Star Wars universe?

While Baby Yoda clearly has gotten much more attention, he isn't the first other green alien to enter the galactic fray. In Star Wars: Episode I – The Phantom Menace, Yaddle made her debut as a female Jedi Master and member of the Jedi High Council.

According to StarWars.com, Yaddie was originally created to be Yoda as a young child, explaining, "Just before Concept Artist Iain McCaig produced it, he read about an eight-year-old Tibetan boy who carried his two-year-old brother 25 miles in order to escape the invading Chinese. Feeling that Yoda would have done that, McCaig gave him a look that conveyed not just youth, but also pain and wisdom. Ultimately, however, this sketch was used to create Yaddle, a female member of Yoda's species."

Never seen again, Yaddle's ultimate fate is still a mystery, meaning there's a possibility we could see the Force user appear in The Mandalorian, as she was just in her 400s in Phantom Menace, which is considered young for the unknown species. 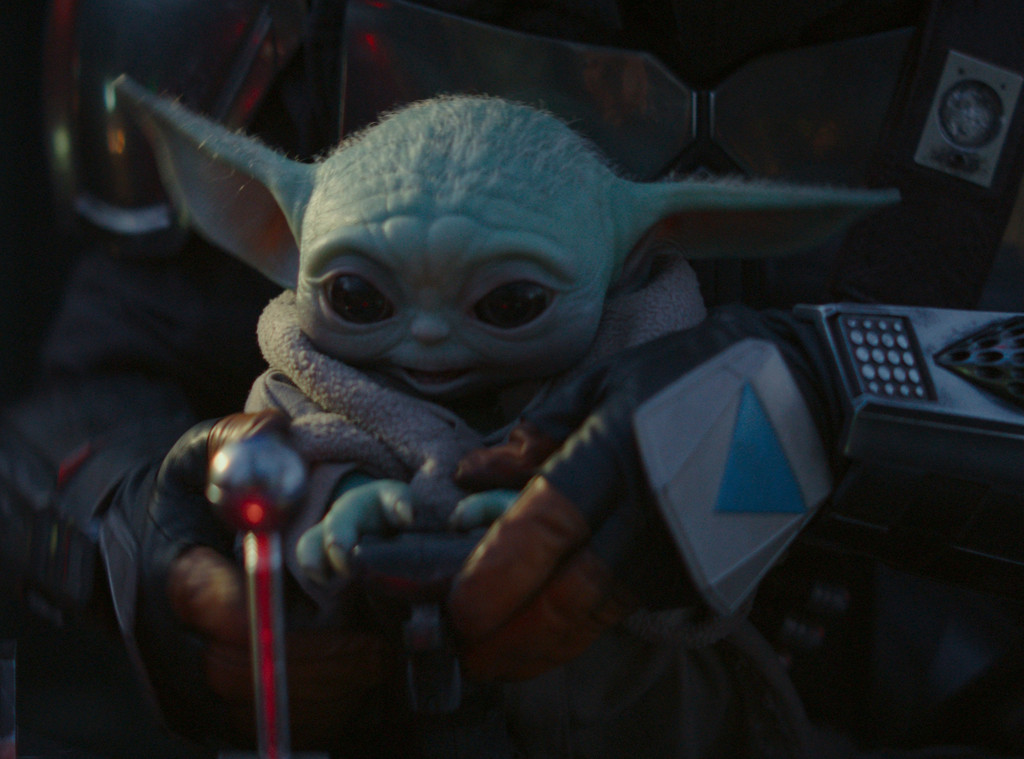 Is The Child a boy or girl?

In episode three, Dr. Pershing seemed to confirm Baby Yoda was a boy, telling Mando, "I protected him!" when he was asked "What did you do to it?" So unless he was lying...

Was Baby Yoda always intended to be this cute?

How is the show bringing Baby Yoda to life?

During filming, a puppet is used that is so adorable that even the cast and crew had a hard time not melting over it.

"You could feel it on set," episode three director Deborah Chow (the first woman to ever direct a live-action Star Wars ANYTHING, by the way), told Vanity Fair. "You have everybody from Werner Herzog to grips and gaffers getting moved by it. Every time we brought it on set, people would be melting."

She also talked about directing scenes with the Child, saying, "It was pretty magical. I worked with the puppeteers and the visual effects [artists], and just worked with it like it was an actor. They're the ones who gave it humanity, who gave it life...I think had forgotten it wasn't actually a live creature, and started sort of…directing the baby."

Such is the power of Baby Yoda. 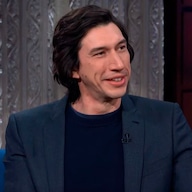 Will (and can) Baby Yoda factor into Star Wars: Rise of Skywalker?

While the show is set decades before The Rise of Skywalker's timeline (just after the events of Return of the Jedi and the fall of the Empire), just based purely on scheduling, a quick cameo (or something meatier) could be possible: Rise of Skywalker comes out on Friday, Dec. 20, right in between the release of the two remaining season one episodes of The Mandalorian on De. 18 and Dec. 27. Can you just imagine the Internet's collective meltdown over seeing Baby Yoda, then in his 80s, on the big screen? The timing just seems to strategic to be a coincidence...and it factors into one of the biggest theories about Baby Yoda...

What is Baby Yoda's purpose?

OK, we mean aside from being downright adorable, humanizing Mando and generating endless .gifs. The most popular theory seems to be that Baby Yoda is a clone, serving as the essential tool the vestiges of the fallen Empire will use to resurrect Emperor Palpatine, whose surprise return in The Rise of Skywalker trailer caused a collective chill to go down the spines of fans everywhere.

In episode three, the Client (Werner Herzog) tells Dr. Pershing (whom eagle-eyed fans noticed was wearing the same symbol for the Kaminoans who made a clone army for the Republic) to "extract the necessary material [from the Child] and be done with it." What is the necessary material? Could it be Midichlorians (aka the cells that allows someone to access the Force), which can somehow help the Empire clone their one-time leader?

Back to the timing of The Mandalorian's release, Baby Yoda could then play a pivotal role (even if he doesn't appear on-screen), with episode seven of the series possibly serving as the back story of Palpatine's return, saving the final installment of the trilogy some exposition time. (IGN has a great breakdown of the clone theory.)

Another popular Baby Yoda theory is that the Child is Yoda's child, Yaddle's child or even Yoda and Yaddle's child, despite the Jedi's whole no-spouses, no-kids, no-white picket fence deal. But the timelines don't fully match up, especially if BY was Yoda and Yaddle's secret lovechild, and it's much more likely he could be a descendant of either fellow green Force-user.

And finally, Esquire also has a thorough breakdown of another (admittedly unlikely) possibility: he is related to Vandar Tokare, a Yoda-type character who appears in the game series Knights of the Old Republic, and was opposed the people of Mandalore. 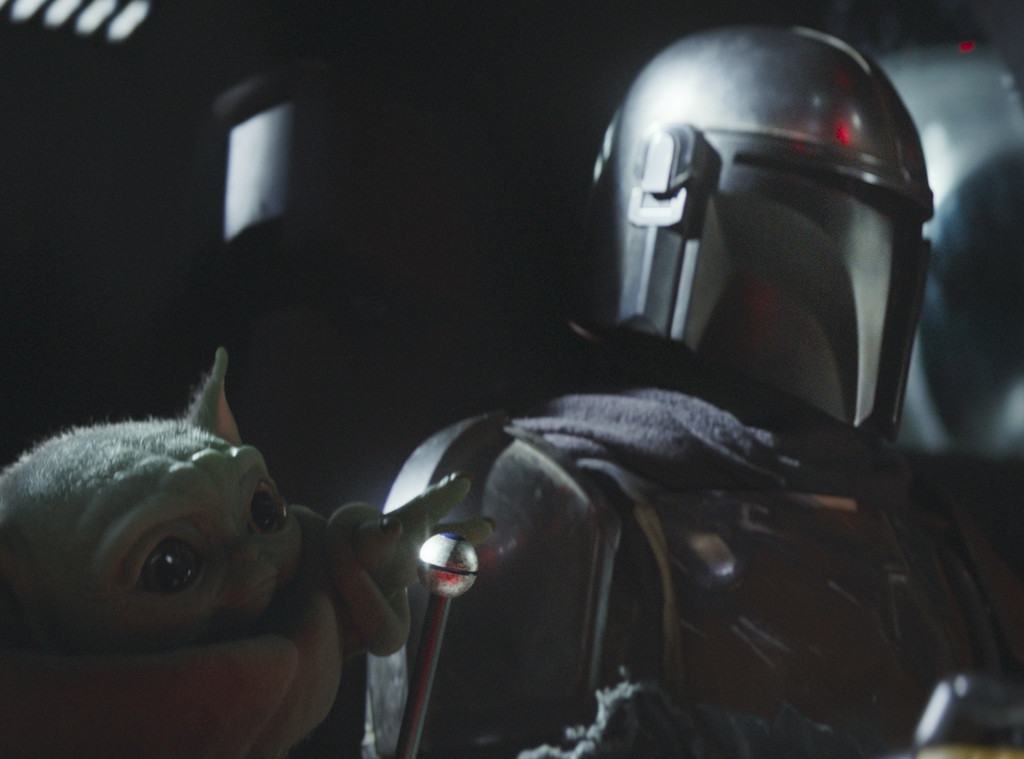 How did The Mandalorian keep Baby Yoda a secret?

In these highly spoiled times and with a franchise as popular and obsessed over as Star Wars, it's truly a feat of secret-keeping that no one saw the Baby Yoda reveal coming.

As for how they managed to pull off 2019's biggest surprise, Favreau gave an unexpected answer to Entertainment Tonight.

"I have to thank Disney and Lucasfilm, because the way the cat usually gets out of the bag with that stuff is merchandising and toy catalogs and things like that. So they really back us up. We really wanted to have it be that you had to watch it yourself, so that every time you watch the show, there are new twists and secrets that come out," he said. "That requires a lot of restraint from the people who are footing the bill, saying they're gonna hold back on certain things so that the public doesn't know ahead of time. Part of that was holding back on some of the merchandise and holding back on some of the characters." 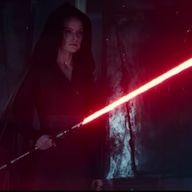 Star Wars: The Rise of Skywalker's Teaser Will Give You the Chills

So then when can we get our hands on our own Baby Yoda and other merch?

That's why we suggest just pre-ordering the 11 inch plush Baby Yoda, a steal at just $24.99. But here's the rub: "We expect this item to be available by 04/01/2020," the site notes. Yep, Disney is actually ruining Christmas for legions of Baby Yoda worshippers everywhere. 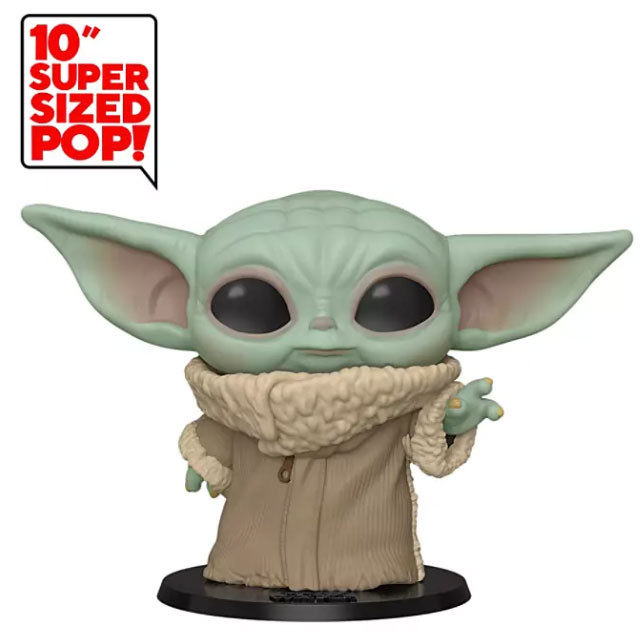 Target, Amazon, Kohl's and more retailers are all trying to get a piece of that sweet Baby Yoda pie, so you'll have plenty of avenues to give more money to Disney.

The Mandalorian is available to watch on Disney+ and Star Wars: The Rise of Skywalker hits theaters on Friday, Dec. 20.