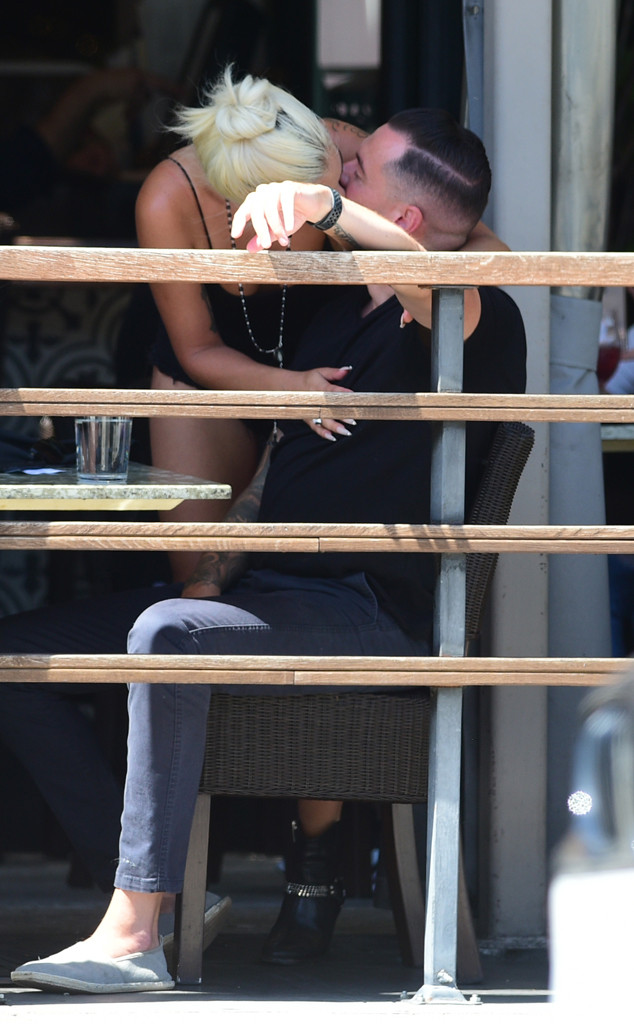 Sorry to crush your A Star Is Born dreams, but it looks like Lady Gaga isn't moving on with Bradley Cooper.

Rather, the superstar is sparking rumors with sound engineer Dan Horton. The duo were seen locking lips over the weekend while enjoying brunch at Granville restaurant in  Studio City, California, People reports.

Meanwhile, an insider tells E! News Gaga is "definitely dating" Dan, adding, "She's known him for a while and it turned romantic recently. She likes being with one guy and in a relationship and that's what she was hoping to find."

The new romance comes nearly six months after the Oscar winner called off her engagement to Christian Carino. A source told E! News that their two-year romance had simply run its course. "Relationships sometimes end," explained the insider. "It's not a long, dramatic story."

Alas, at the time, fans were thinking (and hoping) otherwise. After all, her steamy performance of "Shallow" with Cooper at the 2019 Oscars caused the Internet to wonder what was really going on behind the scenes. But, to Gaga, the chatter caused serious eye rolls.

"Yes people saw love and guess what? That's what we wanted you to see!" she said. "The movie A Star Is Born, it's a love story."

And now, perhaps she's writing one of her own. But who is her new man? Here's what you need to know:

He's Not a New Acquaintance:

No, Horton and Gaga have a little history. According to his LinkedIn, the 37-year-old has known her since at least November 2018. That's when he signed on to be her monitor engineer.  Our insider says, "Dan is a really nice guy and she's excited to spend time with him in this way. They are already very comfortable because they have worked together for a while."

Explained the source, "She's glad the news is out and that she doesn't have to hide it. She wants to be able to go out and do things with him. So far they've been hanging out at home or in the studio. She's having fun with him and seeing where it goes."

And He's Not New to Hollywood, Either:

After all, throughout his career—he's been busy working since 2010—he worked with everyone from Camila Cabelloand Bruno Mars to Justin Timberlake, Taylor Swift and Jay-Z. From 2014 to 2017, the San Francisco State University alum served on the sound department team for The Tonight Show Starring Jimmy Fallon and, prior to that, he worked on the 2011 flick, Glee: The 3D Concert Flick. He's also owned his own company, the Audio Engineering Consulting Group, for nearly two decades.

He Counts Lenny Kravitz As a Fan:

For the rockstar, having the monitor engineer on his tour was a must. In fact, Kravitz called him personally to chat before they hit the road in 2012. "He wanted to see what I would do differently," Horton later explained in an interview.

He Likes to Move Around:

And doesn't stay put for too long. Per his Instagram bio, Horton hops around between Los Angeles, Las Vegas and Nashville, which he hails as home base.

He's Been In a Serious Relationship:

In 2013, he wed singer-actress Autumn Guzzardi. Though it's unclear when they officially called it quits, the Rock of Ages star has not posted about Dan on her Instagram since 2016.

And that's the tea! Here's hoping they find their happily ever after.