Everything You Need to Know About Marquee, Asia's Latest Nightlife Addition 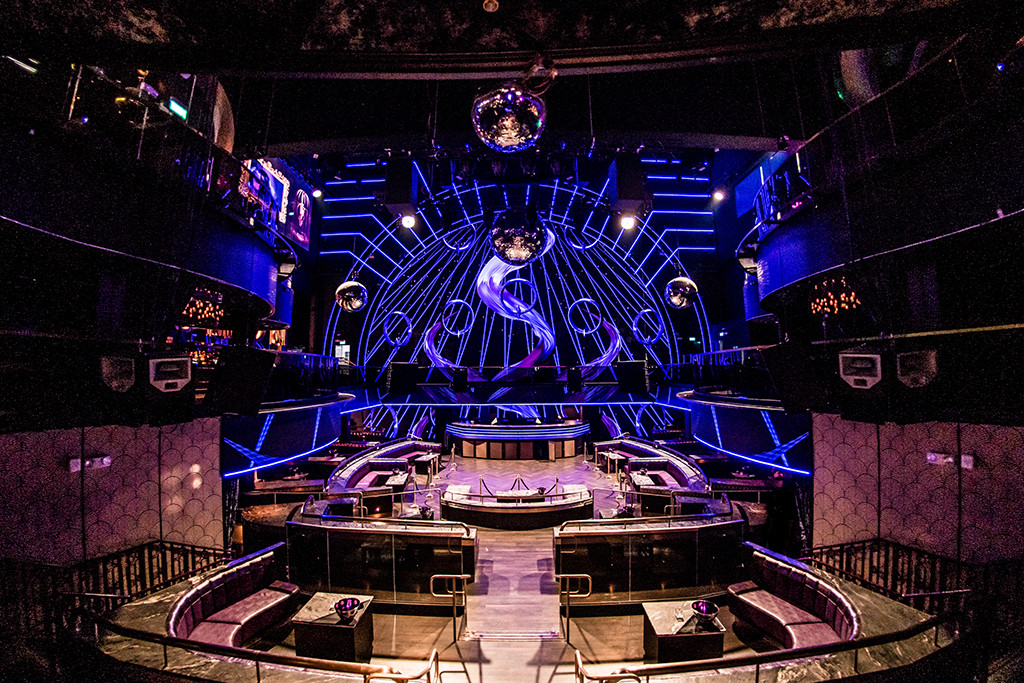 From Kim Kardashian, to Beyoncé, to Paris Hilton, the who's who of the celebrity set have partied in its glittering halls in Las Vegas — and now, Marquee is finally bringing its famed nightlife experience to Asia. Located at Marina Bay Sands, the clubbing destination is all set to impress. Boasting a humongous space of 2,300 square metres, Marquee is a three storey-high establishment that has four, full service bars spread throughout the establishment, a 20-metre high custom LED screen and much, much more.

"We are very excited to open Marquee at such an exciting venue in Singapore," said Noah Tepperberg, co-founder of the TAO Group. "The space at Marina Bay Sands has given us a great opportunity to introduce a truly imaginative concept unlike any other nightclub, and this latest iteration of the Marquee brand is one that is unrivalled in design, technology and features."

Ahead of its opening tonight, we got a preview of the stunning space — here's what you need to know: 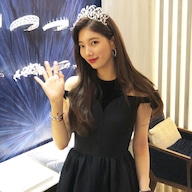 These Are The Richest Idols in K-Pop Right Now

Formerly a theatre at Marina Bay Sands, remodelling the space proved to be a challenge for the Marquee team. They gutted the 2,300 square metre place entirely, and rebuilt the interior to showcase both the cavernous height of the location, but also to create a more intimate clubbing space around its booths. Furnished in sumptuous leather and velvet, along with custom wallpaper and chrome finishings, it's safe to say that the Marquee clubbing experience is the ultimate luxury.

The key feature of the space has got to be its specially designed, 20 metre tall LED screen with native 8k resolution screen that has roughly 2.3 million pixels. To better enhance the clubbing experience it offers, the Marquee team has employed Visual Artform, a production house known for their work with famous artists and music festivals, to create one-of-a-kind visuals that will be showcased on the screen.

What's more, the sound and lighting systems have been designed by best in class houses SJ Lighting (whose past clients include Coachella) and audio experts, Sound Investment for a nightlife experience that will blow you away. 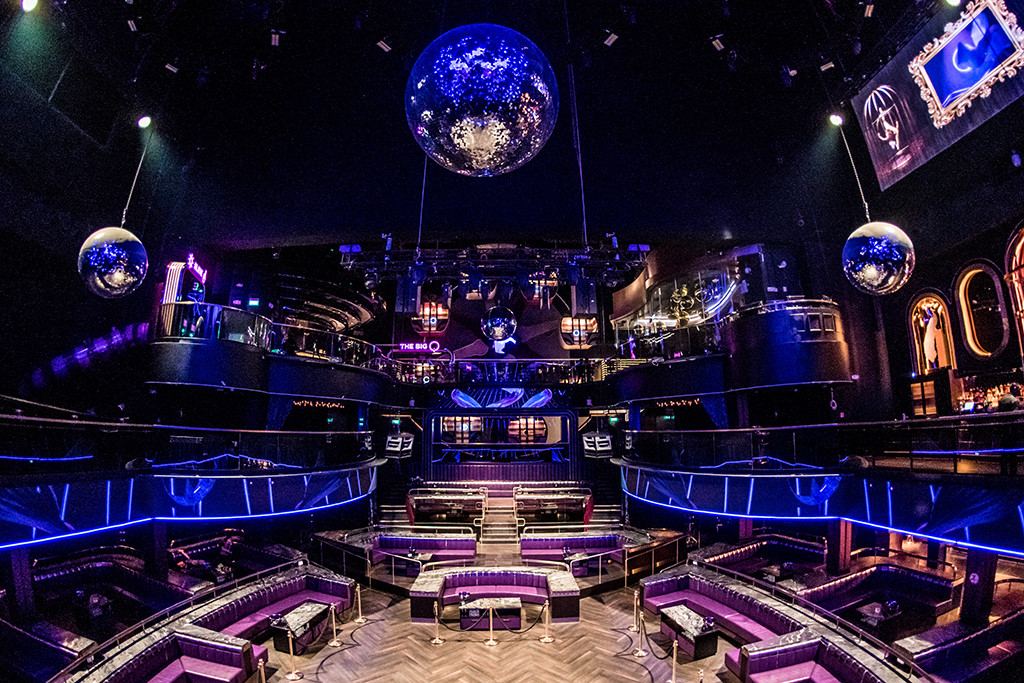 Other highlights of the space include a 30 metre tall Ferris wheel — The Big Q — with individual photo booths inside each cabin that guests can use to capture their moments at Marquee, as well as a three-storey slide — the Sunny Slide Up — which is lit up with LED lights. The ultimate adult's playground, as we were told during the media preview. Our tip? Queue early! The Ferris wheel moves more slowly than a normal one because of the photo booths, and the slides are sure to draw repeat customers.

Psst. There's also going to be a store within Marquee selling exclusive merch so keep a lookout for it, too! 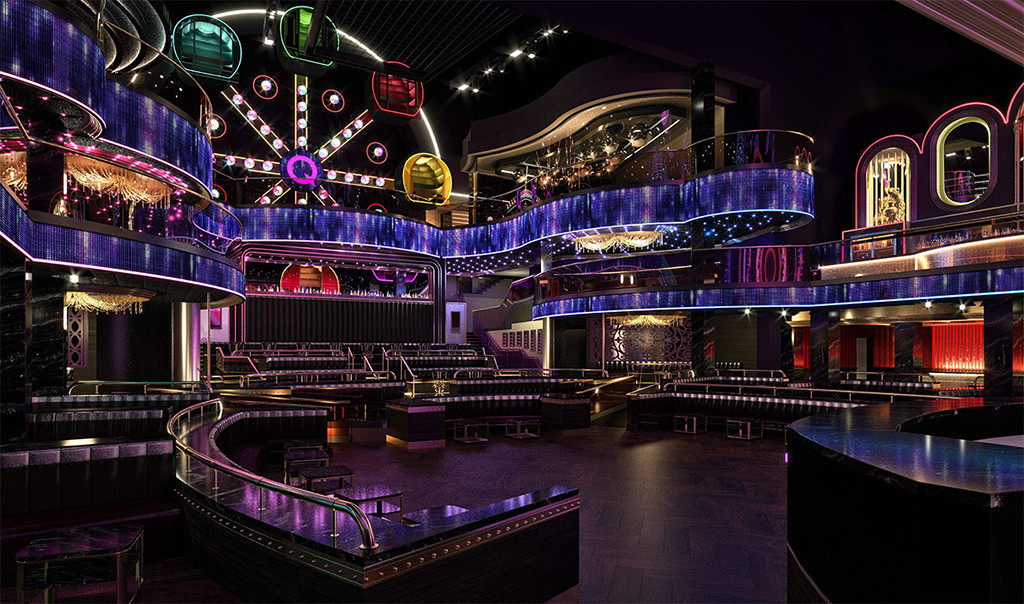 When it comes to Marquee, they only bring in the cream of the crop, and that goes for their talents too. Just for their opening month of April, the confirmed lineup reads like a guest list at the Grammys! Expect Tiësto, Afrojack, A$AP Rocky, Above & Beyond, Steve Aoki, Kaskade and Showtek to be playing all through the month, and you can keep up with the monthly guests here. 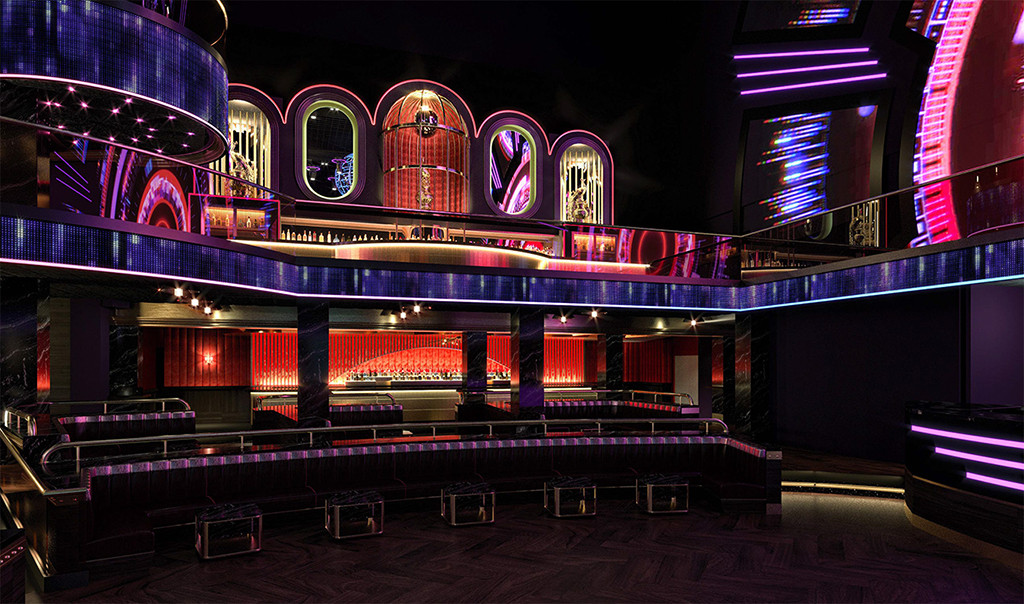